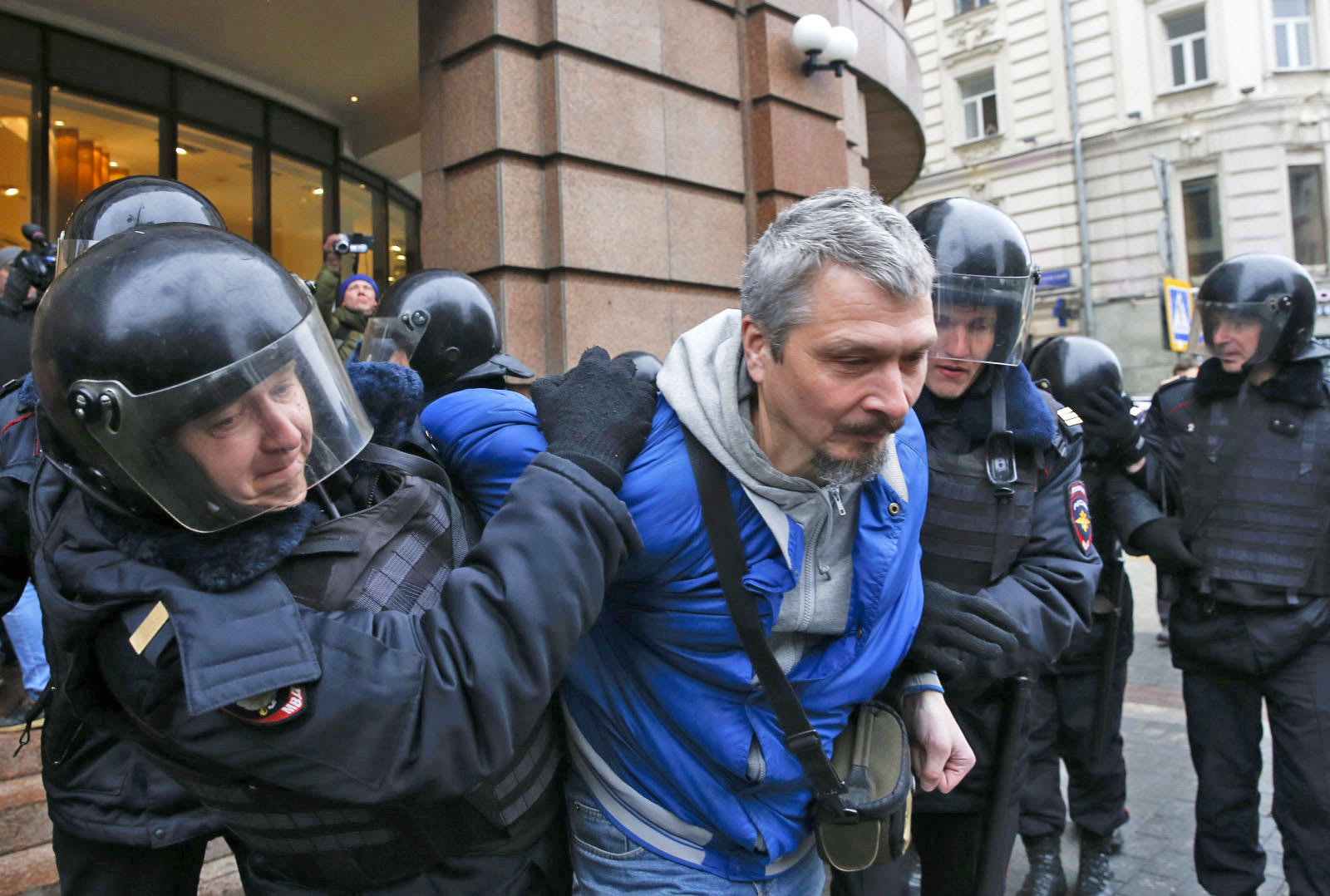 Back in 2013 when messaging apps seemed to be cropping up every day, Zello's walkie-talkie audio dispatches seemed a novel addition to a crowded niche. We didn't anticipate that the app would become a hit with protesters in Ukraine, Turkey, Hong Kong, Venezuela, and elsewhere. But after the simultaneous demonstrations around Russia in the last couple weeks, it seems the government is hitting the perpetrators where they coordinate: Yesterday, they banned the use of Zello in the country.

Over 400,000 Russians were blocked from using the service, Zello CEO Bill Moore wrote in a blog post. The country's laws require "information distribution brokers" like the app to store its user and conversation data -- for every user, worldwide -- in Russia and make it available to the country's government. Zello refused, and was completely banned.

For the record, it's the same treatment LinkedIn received last November when it became the first major Western platform to run afoul of the new law, which had been passed earlier in 2016. When faced with the ultimatum to store the service's data in-country, LinkedIn similarly refused to fork over user information. Russian agencies proceeded to purge the service completely from the country by forcing Google and Apple to remove the platform from their respective app stores. Assumedly, the same will happen with Zello.

Update: Zello CEO Bill Moore told Engadget in an email that the company was able to restore some service to its users in Russia: "Zello has circumvented the block so the app services have been operational today, with the exception of image sharing, password reset and zello.com access."

Via: Defense One
Source: Zello Blog
In this article: culture, linkedin, protest, russia, services, zello
All products recommended by Engadget are selected by our editorial team, independent of our parent company. Some of our stories include affiliate links. If you buy something through one of these links, we may earn an affiliate commission.