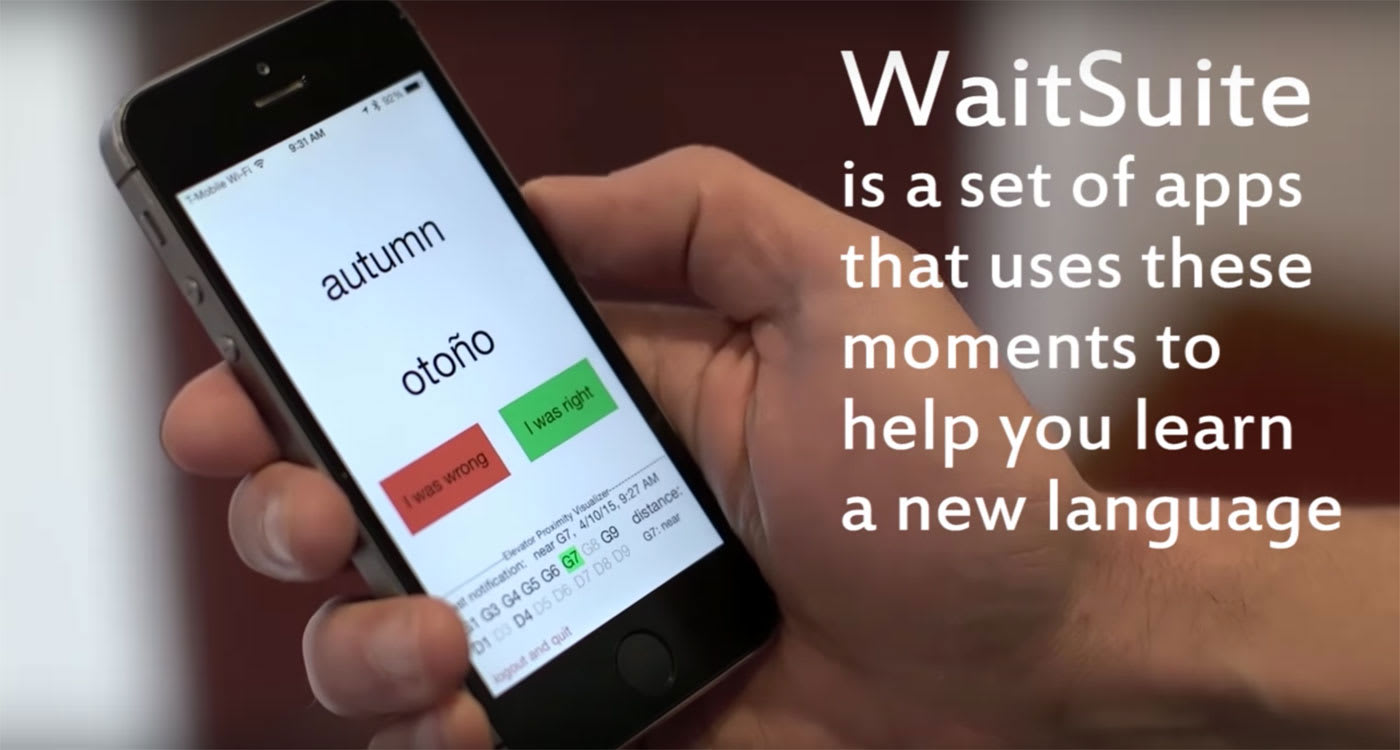 You know the seconds and minutes you waste waiting for the elevator to arrive, for a friend to reply to an IM or for a website to load? A team of MIT CSAIL researchers believe you can put them to good use, so they created a series of apps called the WaitSuite that makes the most of those idle moments by helping you learn a new language. The tools can test your vocabulary without whisking you away to another app. For instance, if you're chatting with a friend, a flash card asking you about a word in the language you're learning will pop up within the IM itself. If you're waiting for a website to load, the card will appear within the browser.

"With stand-alone apps, it can be inconvenient to have to separately open them up to do a learning task. WaitSuite is embedded directly into your existing tasks, so that you can easily learn without leaving what you were already doing."

Those are but two of the five tasks WaitSuite covers, though. One tool from the suite can look for Bluetooth iBeacons and will send you a flash card if it determines that you're in front of an elevator. Another will ask you to translate words while waiting for WiFi to connect, while the last one sends you words to translate while you're waiting for an email to send.

Based on the team's preliminary tests, some of the tools could prove more useful than others, depending on your situation. If your computer takes a while before it connects to WiFi, you can learn a word or two. Otherwise, that particular tool won't be that useful. Their testers seemed to love the elevator app, though, since it typically takes a minute to call an elevator and only 10 seconds to answer a flash card question.

Cai also noted that their testers were able to focus on their main tasks a lot better with the addition of the WaitSuite tools, since they were less likely to check Facebook and other social networks. In the future, Cai and her team want to create similar "wait-learning" tools in an audio format for times when you can't look at your screen. For now, you can test one of WaitSuite's apps available for download from the CSAIL website. The team made WaitChatter available as a Chrome extension for Google Chat, so you can learn words while waiting for a friend to finish typing.

Source: MIT
In this article: CSAIL, culture, educational, internet, language, MIT, waitsuite
All products recommended by Engadget are selected by our editorial team, independent of our parent company. Some of our stories include affiliate links. If you buy something through one of these links, we may earn an affiliate commission.