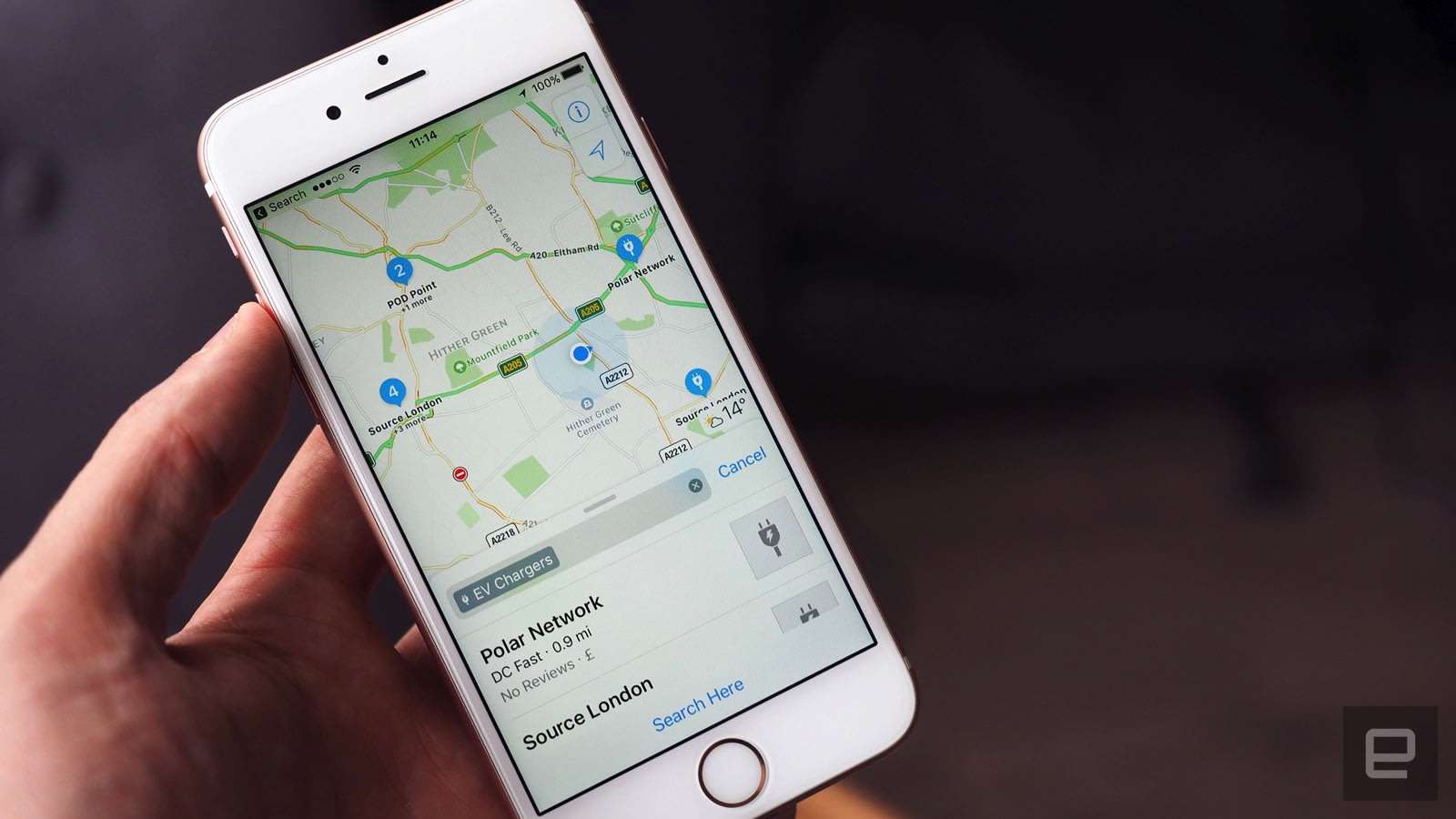 As Apple turns to laser-mounted minivans and even drones to improve the accuracy of its Maps app, the company also regularly introduces useful points of interest for iOS users. As Bloomberg reports, the iPhone maker has added new data points that will help UK electric vehicle owners find nearby charging stations and hook Londoners up with a bike.

With help from Moovility, an EV mapping service owned by German company Cirrantic, Apple has been integrating electric charging stations from across Europe and Canada since early February. US users have enjoyed similar functionality thanks to a partnership with ChargePoint.

Users can tap the EV Charger badge inside the app to view local power points and learn more about what they offer, including power, usage and available parking. It lists public charging spots, but also locations operated by major car makers like Nissan and Tesla.

The locations of public bicycle pick-up and drop-off points are now live in the app for Londoners, as well as in New York and Paris, helping locals navigate around the capital via a greener means of transport.

With the new update, Apple appears to have covered the major modes of transport. In December, transit directions by bus, train and tram were added across major UK cities, including Birmingham, Manchester, Liverpool, Newcastle, Sheffield, Glasgow, Edinburgh and many other regions in England, Scotland and Wales.

Source: Bloomberg
In this article: apple, applemaps, borisbikes, charging, electricvehicle, EV, gear, internet, mobile, transportation
All products recommended by Engadget are selected by our editorial team, independent of our parent company. Some of our stories include affiliate links. If you buy something through one of these links, we may earn an affiliate commission.