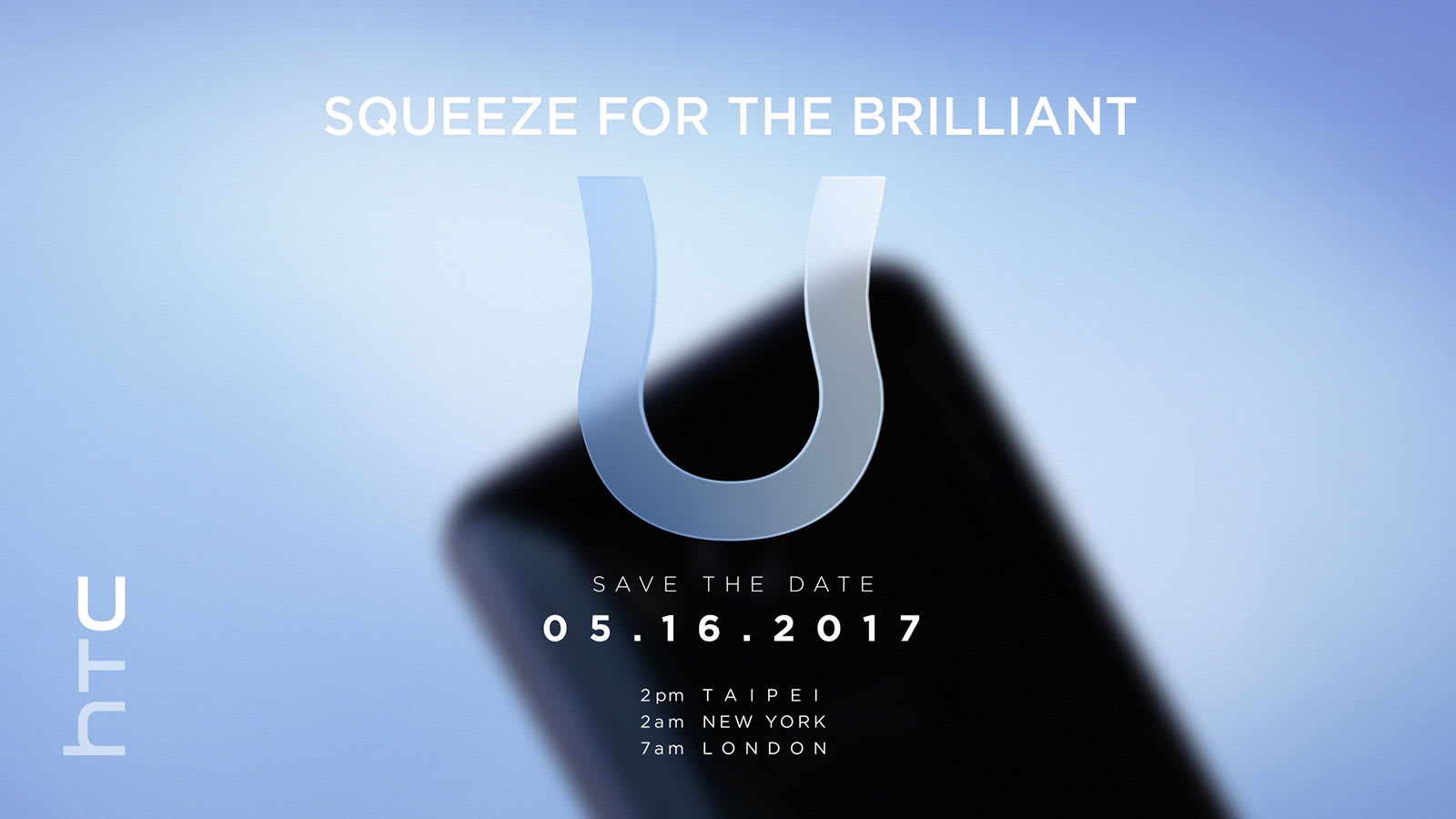 Sounds like HTC's busy preparing for a big event in its home country: the electronics maker has just sent out a Save the Date for May 16th. Invites like this are typically shrouded in mystery, and HTC's is no different. All the invitation says is "Squeeze for the Brilliant U," though the blurry phone in the background and the company's tweet gives us some idea of what it could announce. In the video, you can see a hand squeezing the edges of a phone, hinting that you'll be able to interact with the device by giving its frame a squeeze.

That's consistent with the reports going around about an HTC phone codenamed "Ocean." It will reportedly sport a 5.5-inch display, 4GB to 6GB of RAM and 64GB to 128GB of storage, depending on the model. It won't have a headphone jack. More importantly, Ocean will apparently feature what HTC calls "Sense Touch," which gives you the power to summon menus and trigger various actions by squeezing and swiping on its edges.

Those details are but rumors, though. You'll have to wait until May 16th to find out for sure. HTC will stream the event live from Taiwan on its website, starting at 2AM Eastern.

Source: HTC, (Twitter)
In this article: announce, gear, htc, mobile, squeezablephone, squeezableU, teaser
All products recommended by Engadget are selected by our editorial team, independent of our parent company. Some of our stories include affiliate links. If you buy something through one of these links, we may earn an affiliate commission.