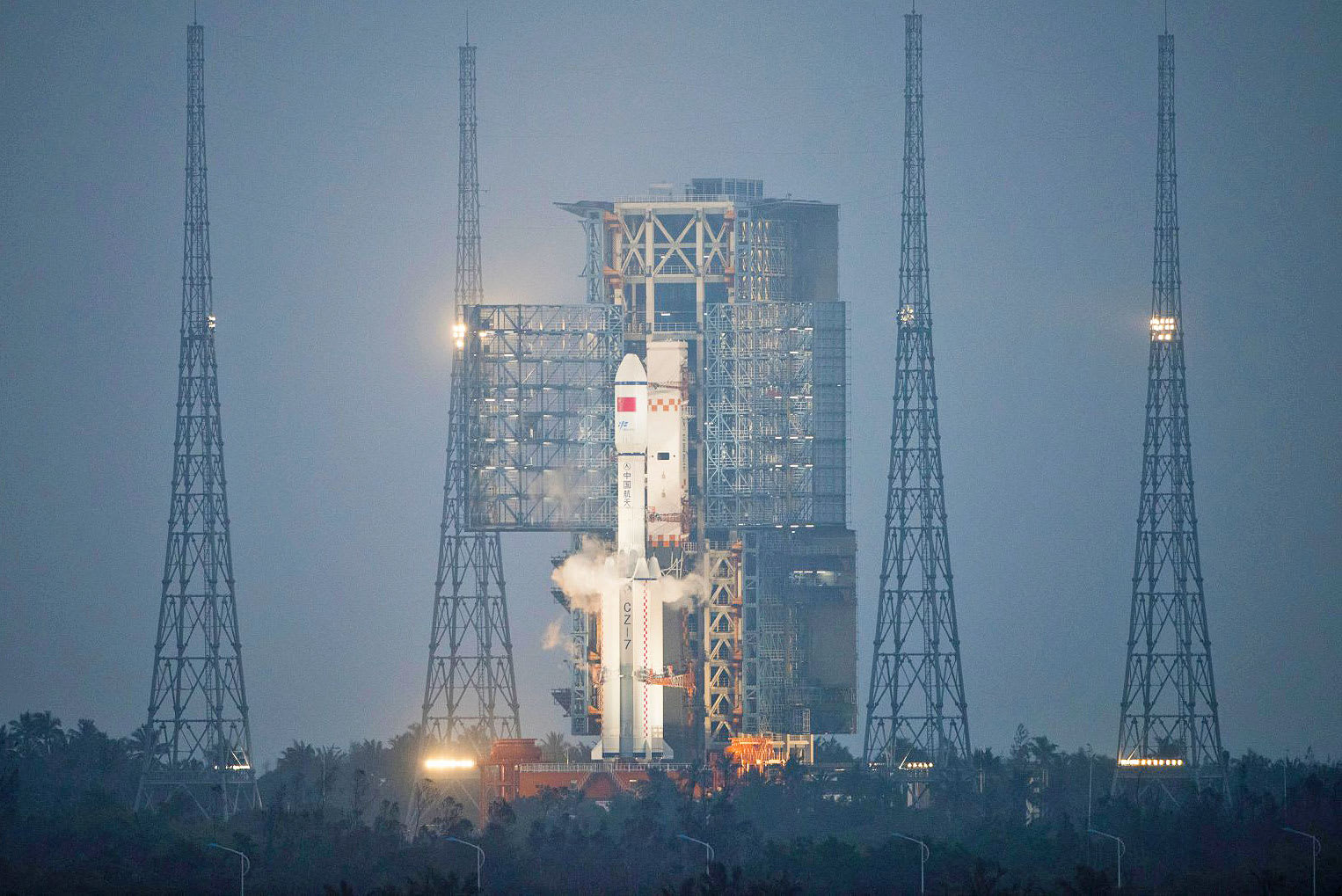 China's space program just hit a milestone: according to Reuters, its first cargo probe has successfully proven that it can ferry supplies to orbit. Tianzhou-1 took off from the Wenchang Satellite Launch Center in the mainland on April 20th. In the early hours of April 22nd, Eastern time, it performed an automated docking maneuver to attach itself to the country's orbiting lab, the Tiangong-2. You can think of Tiangong 2 (or "Heavenly Space Lab") as China's experimental space station, which housed two astronauts for a month in October 2016. The country is using it to test new technologies for the larger manned space station that it hopes to establish in orbit by 2022.

Based on state media reports, China considers the event a huge accomplishment, since Chinese President Xi Jinping has decided to make its space program a priority to strengthen national security. It also provides an "important technological basis" for the construction of the country's permanent orbiting lab. In its current form, it can reportedly fly autonomously for up to three months while carrying up to 6 tons of goods and 2 tons of cargo.

While Tianzhou-1's success is a cause for celebration for China, some United States officials might see it as a cause for concern instead. In a 2015 annual report it prepared for Congress, the US Department of Defense claims China has been heavily investing in space capabilities "designed to limit or prevent the use of space-based assets by adversaries during a crisis or conflict, including the development of directed-energy weapons and satellite jammers."

Source: Reuters
In this article: cargospacecraft, china, orbit, orbitinglab, space, spacestation, tiangong-2, Tianzhou-1, tomorrow
All products recommended by Engadget are selected by our editorial team, independent of our parent company. Some of our stories include affiliate links. If you buy something through one of these links, we may earn an affiliate commission.