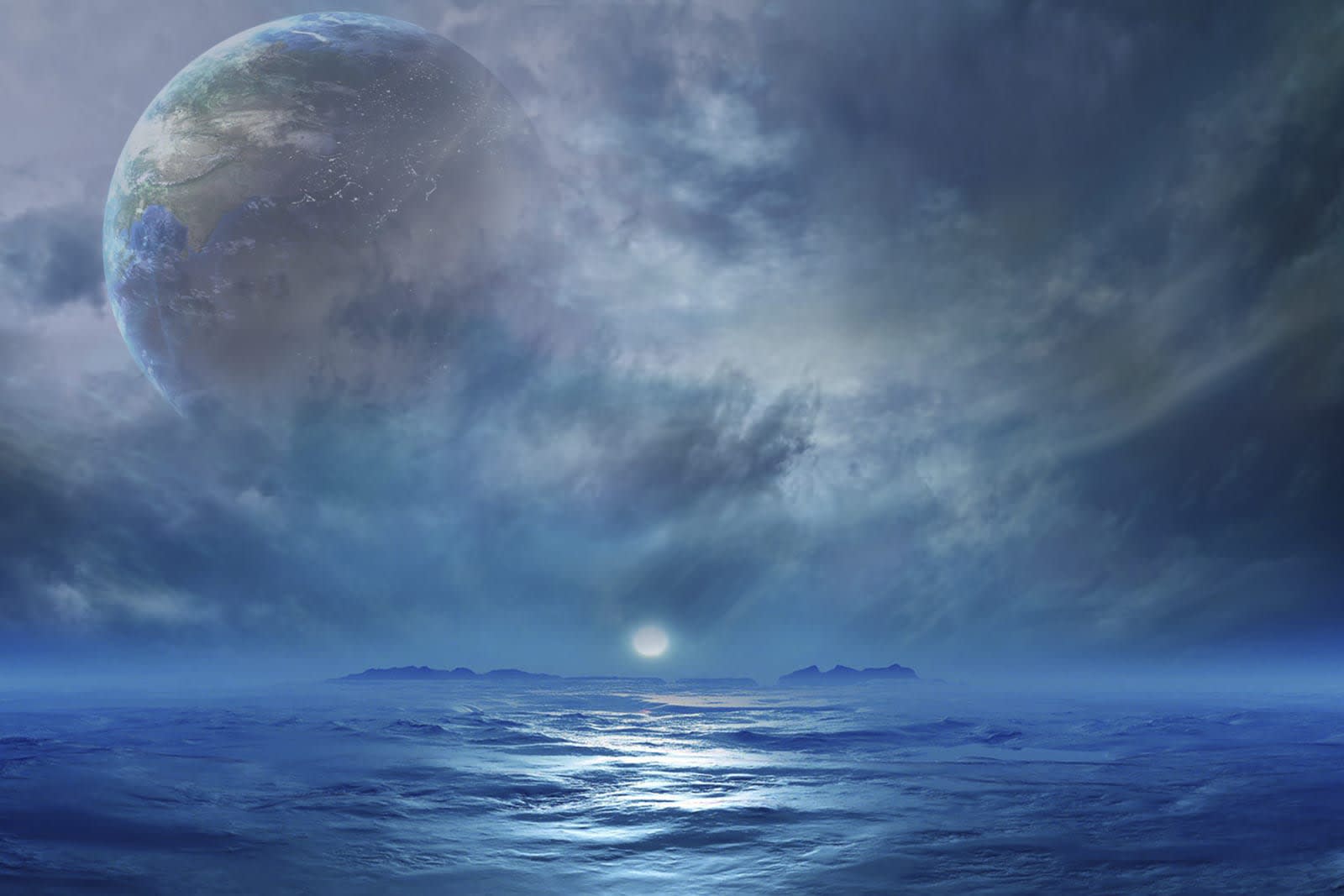 When you imagine what a rocky, habitable planet looks like, it's easy to picture an alternate Earth where land and oceans exist in an ideal balance. Unfortunately, that's not necessarily how it will pan out in real life... in fact, you might be surprised if there's land at all. University of Barcelona researcher Fergus Simpson has published a study suggesting that most planets with any significant amount of water are likely to be completely (or almost completely) submerged in it. He ran computer simulations accounting for numerous factors in a planet (such as the deep water cycle and erosion), and most with substantial water levels had an above-water land mass of less than 10 percent -- well below Earth's 29 percent.

Those planets that had less water tended to have much less, to the point where deserts dominated the landscape. Also, size plays a role. Larger habitable planets (including Earth) are more likely to be water worlds thanks to deeper oceans and stronger gravity, according to the calculations, while smaller ones are drier.

If reasonably accurate, the data points to Earth hitting a rare sweet spot, possibly due to unusually deep water basins. And that makes sense at first glance. Despite what Earth looks like, water only occupies a tiny amount of volume compared to the rest of the planet. It wouldn't take much more to inundate the land, or much less to make it barren. You can see for yourself in the video below.

There is reason to be skeptical. Astrophysicist Sean Raymond warns Gizmodo that there are still a number of unknowns that may play an important role in water levels, and recent models suggest that water delivery to planets is relatively "reliable" with fewer surges or shortfalls. However, Simpson is quick to add that his theory should be testable soon. Future instruments (likely including the James Webb Space Telescope) will have enough power to measure the atmospheric compositions of alien planets, giving a clue as to how much water there is on the surface. If nothing else, the study is a reminder that we shouldn't assume a planet is human-friendly just because there's plenty of H2O.

Via: Popular Mechanics, Gizmodo
Source: Royal Astronomical Society
In this article: astronomy, astrophysics, exoplanet, life, planet, science, space, tomorrow, video
All products recommended by Engadget are selected by our editorial team, independent of our parent company. Some of our stories include affiliate links. If you buy something through one of these links, we may earn an affiliate commission.