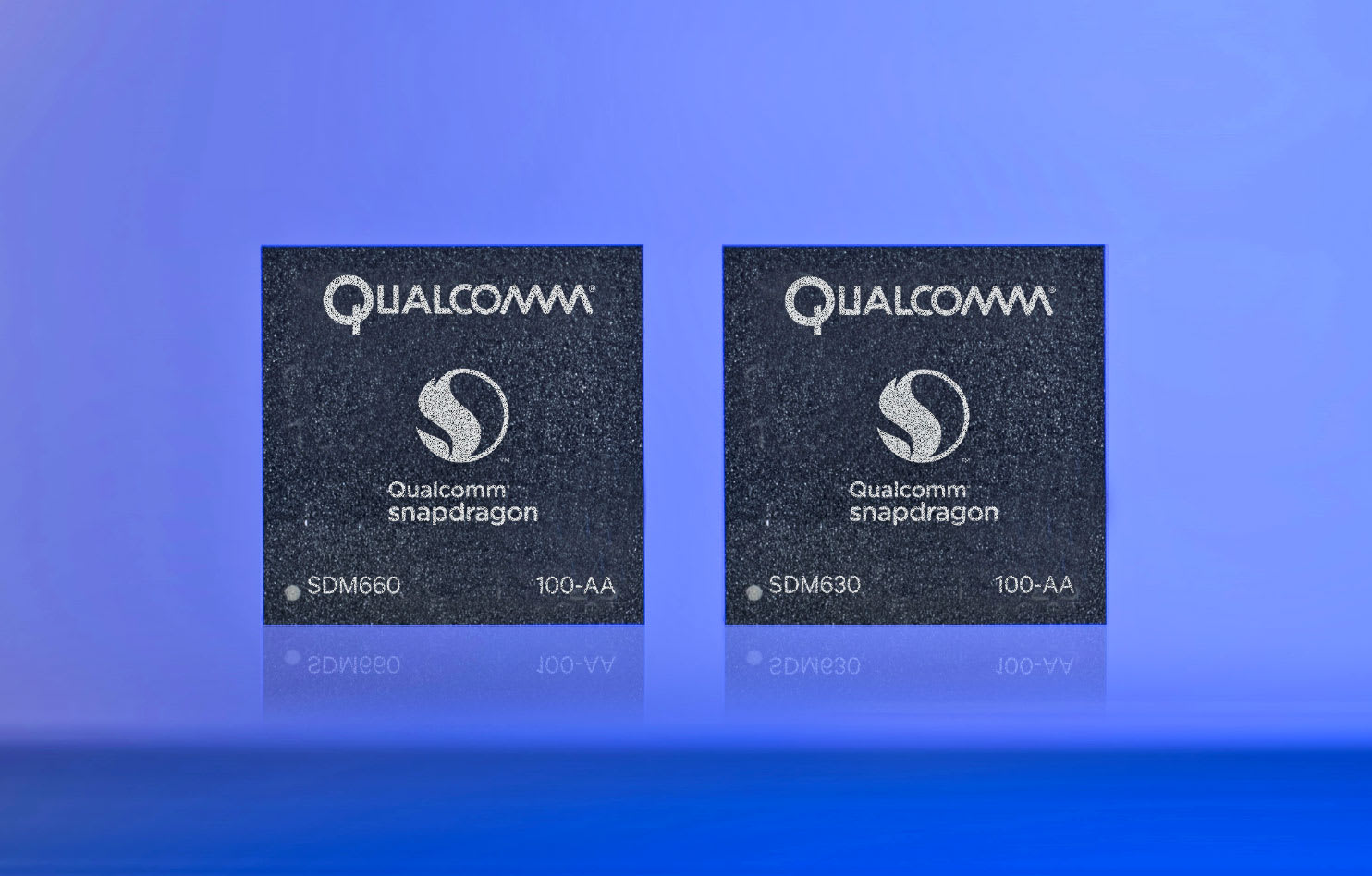 Qualcomm's latest mid-tier mobile chipsets, the Snapdragon 630 and 660, are designed to give smartphone users more processing power, crisper photos and improved connection speeds over LTE or WiFi, among a few other fresh features. The 630 upgrades the 625 processor, while the 660 follows the 653.

Here's the good news for gaming fans: The 660 improves the 653's CPU performance by 20 percent and its GPU by 30 percent. Compared with the 625, the 630 marks a 10 percent improvement in CPU performance and a 30 percent upgrade in terms of GPU. That means prettier, smoother games and other entertainment options.

Both the 630 and 660 are 14nm chips that support 4K playback and recording, much like their predecessors, and they use the Spectra 160 ISP -- the camera that debuted with the Snapdragon 820 -- for improved picture quality. The 660 gets an extra boost in visual and audio processing from the Hexagon 680 DSP.

The 630 and 660 combine a Snapdragon X12 LTE Modem with a new RF transceiver for downlink data rates of up to 600Mbps. Meanwhile, the 660 also features 2x2 MU-MIMO 802.11ac Wi-Fi. Qualcomm says these upgrades should make it easier for phones to communicate through brick and concrete walls.

The 660 and 630 support Bluetooth 5 and Qualcomm Quick Charge 4, which promises to refill 50 percent of a battery in 15 minutes. They also support the Snapdragon Neural Processing Engine SDK, enabling developers to play around with machine learning and neural networks on the platforms.

Source: Qualcomm
In this article: chip, chipset, gear, mobile, qualcomm, smartphone, snapdragon, snapdragon630, snapdragon660, soc
All products recommended by Engadget are selected by our editorial team, independent of our parent company. Some of our stories include affiliate links. If you buy something through one of these links, we may earn an affiliate commission.