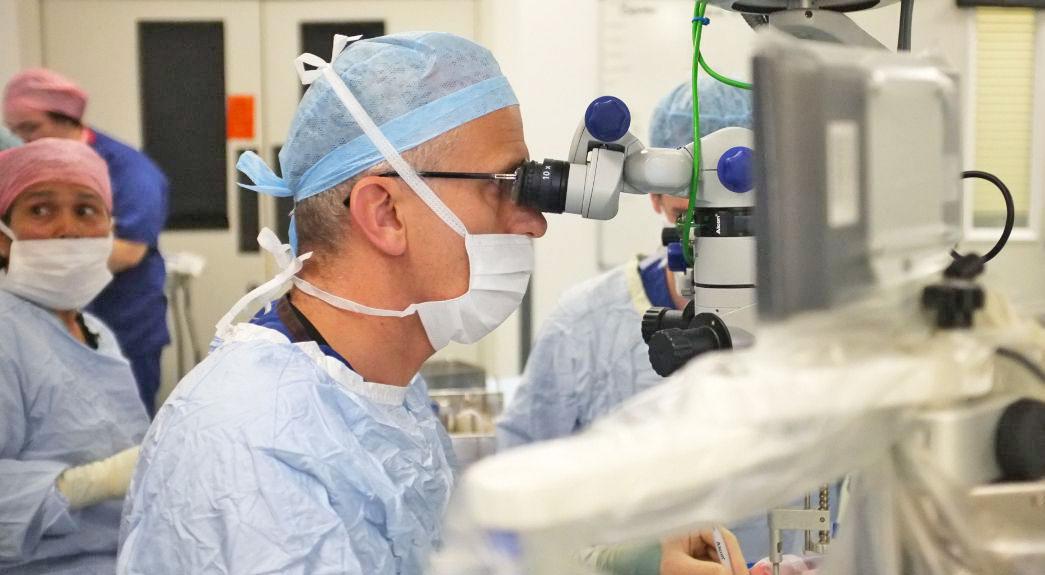 The next time you go under the knife for retinal surgery, it may not be a human hand holding the blade. That's because a revolutionary surgical system developed University of Oxford in the United Kingdom, which just passed its first set of clinical trials, is able to perform these intricate operations better than even the steadiest surgeon.

The problem lies in the pulse. Retinal surgeries rely on creating miniscule holes in the eye to gain access to the retina itself, a 10 micron thick flap of membrane that converts light into electrical signals that the brain can interpret. In the case of issues like an epiretinal membrane, essentially a scar on the retina caused by anything from injury to disease to just growing old, even the flow of blood through a surgeon's hands is enough to throw off their accuracy, raising the odds that they'll cut too deeply and make matters worse.

However Oxford's Robotic Retinal Dissection Device (yes, "R2D2") has no pulse and is therefore precise enough to move just 10 microns at a time, a tenfold increase over what human surgeons can achieve. That's important when you're shoving a tiny knife into a millimeter-wide hold in the side of the patient's eyeball. The entire process is really still performed by a surgeon, albeit they're holding a joystick rather than the scalpel itself.

The Oxford team has been developing the R2D2 since 2011 and conducted the first successful experimental procedure on a 70-year-old priest last September. Since then, the team has performed another 11 successful surgeries in a randomized clinical trial pitting it against results performed by humans.

These operations were not without their complications however. According to the team, who presented their findings at the the annual meeting of the Association for Research in Vision and Ophthalmology (ARVO) in Baltimore on Monday, two patients suffered minor bleeding (aka micro-hommorhages) and another suffered a "retinal touch" which heightens the risk that the retina will tear or detach. Still, that's better than the control group which had five hemorrhages and a pair of retinal touches.

This isn't the first time that robots have taken the helm in delicate eye surgeries. In January of this year, doctors at University Hospitals Leuven in Belgium successfully trialed a robotic syringe for treating retinal vein occlusion, wherein a vein in the retina becomes blocked and can lead to blindness. Treating that condition is insanely expensive, around $35,000 an eye, that requires surgeons to inject medicine into a 0.1mm-wide vein in the back of the eye for ten minutes straight.

The Oxford team believes that its R2D2 can do even more for patients. They hope to next outfit the machine with needles that can be used to inject fluids into the back of the eye, such as those used for retinal gene therapy.

In this article: applenews, Blindness, clinicaltrial, epiretinalmembrane, gear, medicine, Ophthalmology, Oxford, r2d2, retina, robot, surgery, United Kingdom, University Of Oxford
All products recommended by Engadget are selected by our editorial team, independent of our parent company. Some of our stories include affiliate links. If you buy something through one of these links, we may earn an affiliate commission.