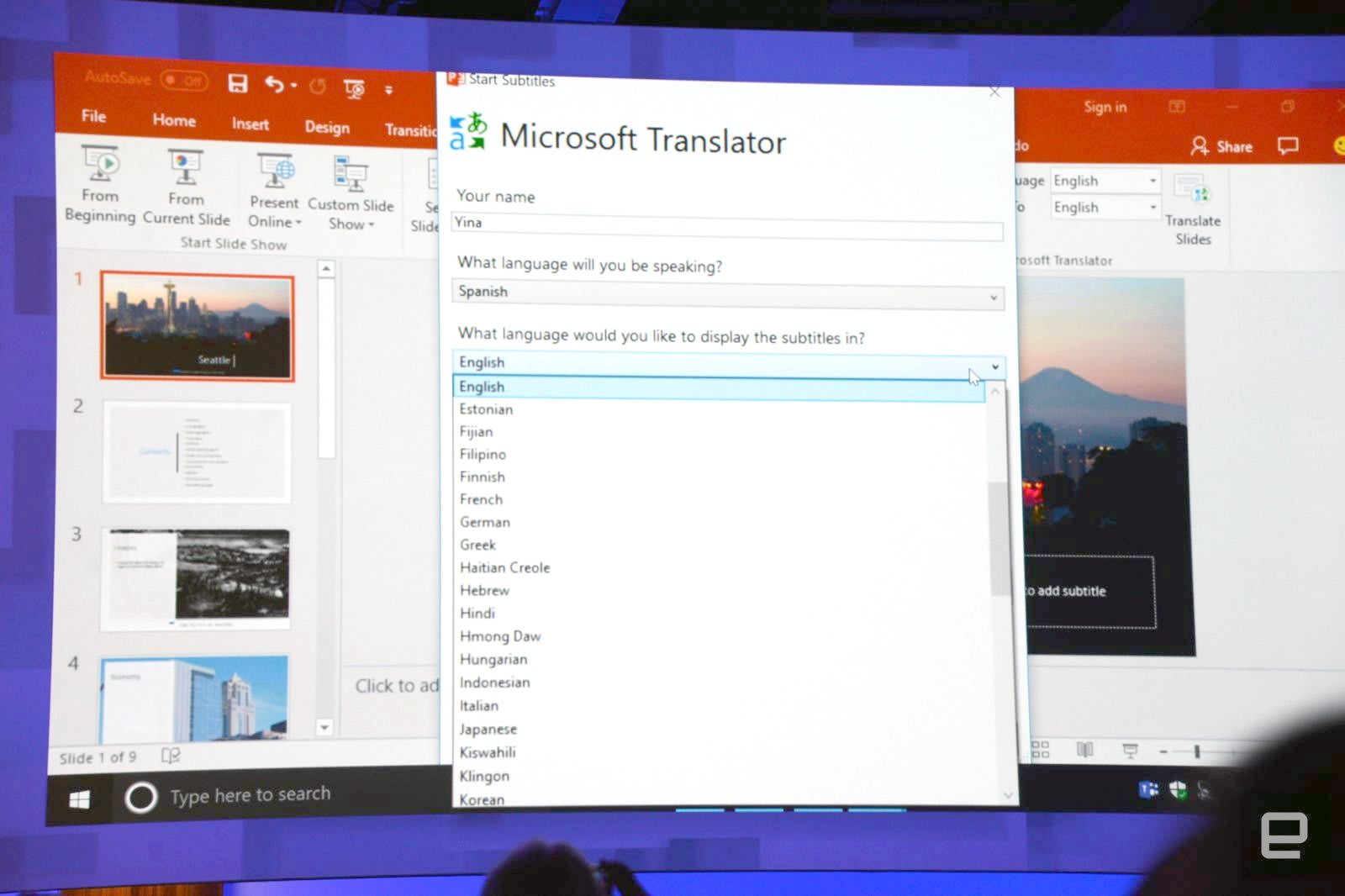 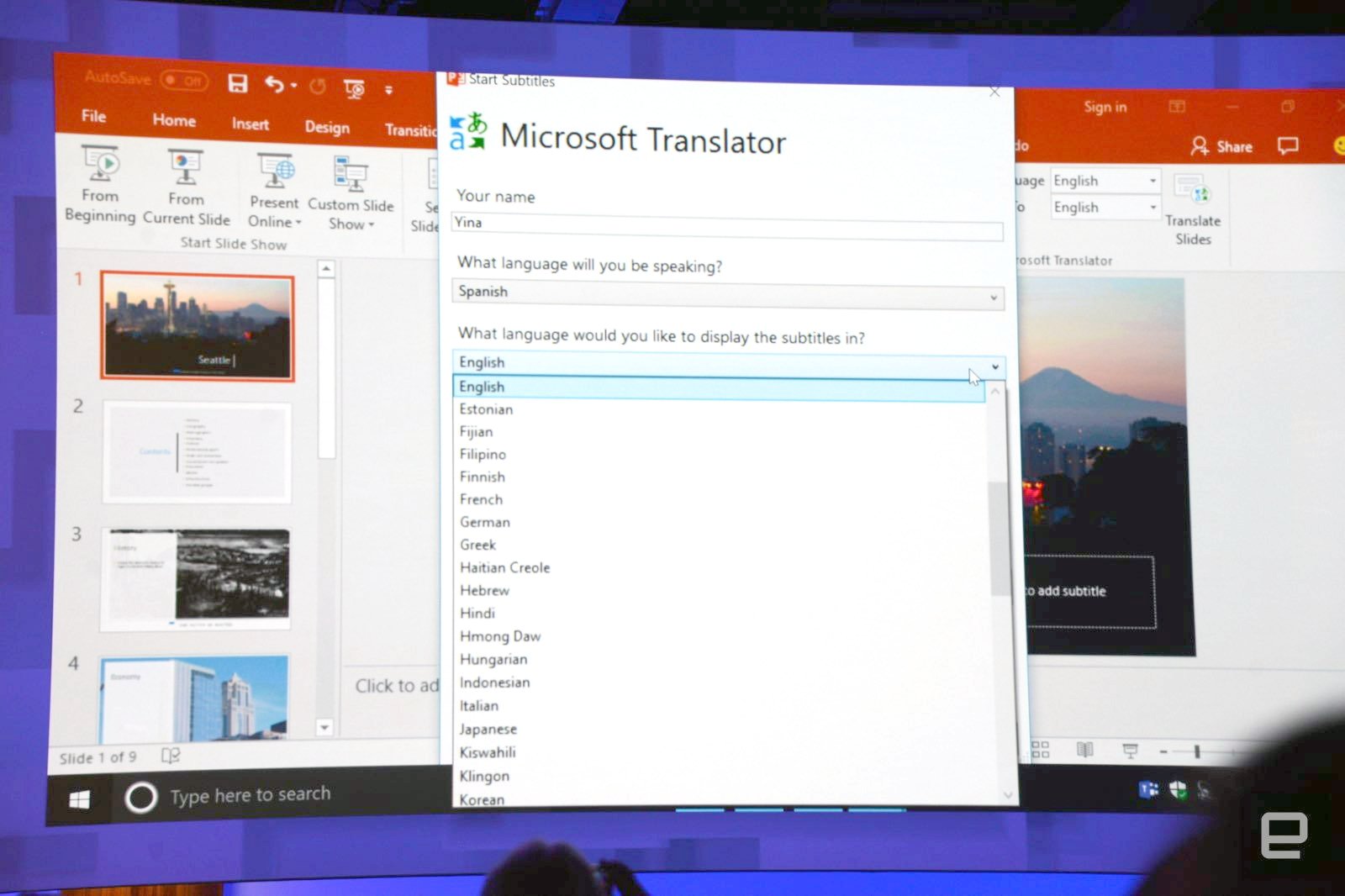 If you were impressed by Skype's real-time translation feature, you'll likely be wowed by Microsoft's new PowerPoint "Presentation Translator" add-in. Despite the name, it's not focused on making your slides multilingual. Instead, it'll translate your voice in real-time using an iOS, Android or Windows app as you go over your presentation. The add-in also generates a link that viewers can use to view translations in their own language.

At its Build conference today, Microsoft reps showed off how the feature can translate Spanish and Chinese sentences in real-time. It worked pretty well for the Spanish sentence, delivering a readable translation on the first try. It took a few more tries for it to understand the Chinese phrase for "AI is fantastic."

While it's still in its early stages, the feature is a smart way for Microsoft to demonstrate the translation capabilities of its Cognitive Services tools. Developers can use that technology to make videos easily searchable, or quickly index a series of images. It's a big part of Microsoft's AI play, so it's wise for the company to give us a useful example of how it could benefit average consumers. 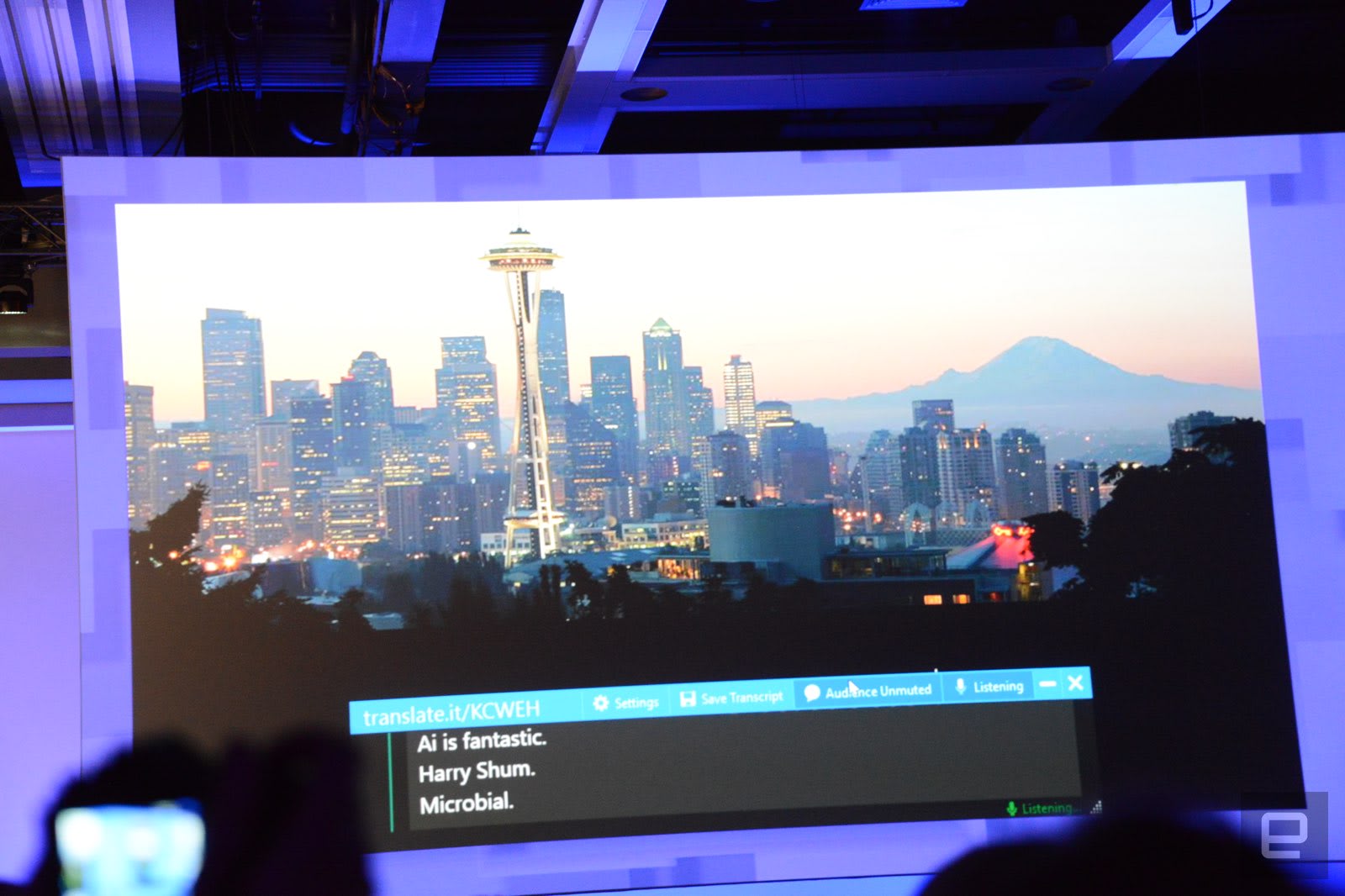