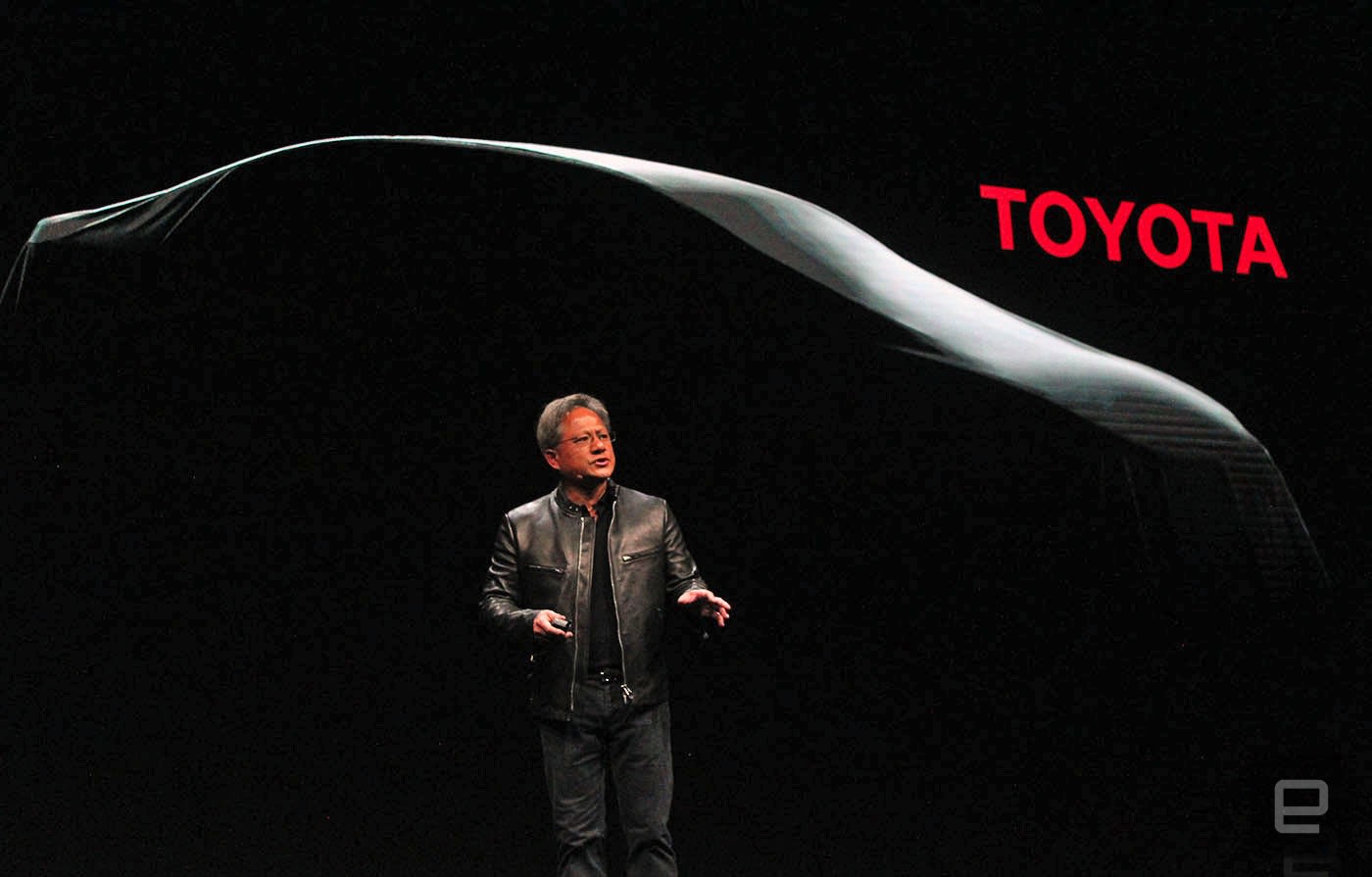 The work we've seen Google and Uber put into self-driving cars is impressive, but short of Tesla's autopilot mode, consumer applications of autonomous driving are few and far between. Soon, that could change. Speaking at NVIDIA's GPU Technology Conference, company CEO and Founder Jensen Huang announced that Toyota has chosen the NVIDIA Drive PX platform as the heart of it future autonomous vehicles.

Huang stopped just short of announcing an actual vehicle or a release date, but says NVIDIA's engineers have been working closely with Toyota to build a vehicle that will hopefully hit the market sometime in the "next few years." When it does, however, it should have all the autonomous drive benefits of NVIDIA's self driving test car. That, Huang could show -- including standard features like autopilot mode, a co-pilot feature that can take over the wheel on familiar routes, such as a commute, and safety features that can prevent a driver from passing into an intersection if it detects traffic running a red light.

"This will be the architecture of their future production cars," Huang said, explaining that Toyota's cars will use an Xavier kit similar to what we saw back at CES -- though it'll probably be a different, updated version in the final product. After all, the partnership isn't expected to produce a consumer product for several years.

In this article: applenews, autonomous, autonomousvehicle, gear, gputechconf, gtc, gtc2017, nvidia, self--drivingcar, toyota, transportation
All products recommended by Engadget are selected by our editorial team, independent of our parent company. Some of our stories include affiliate links. If you buy something through one of these links, we may earn an affiliate commission.