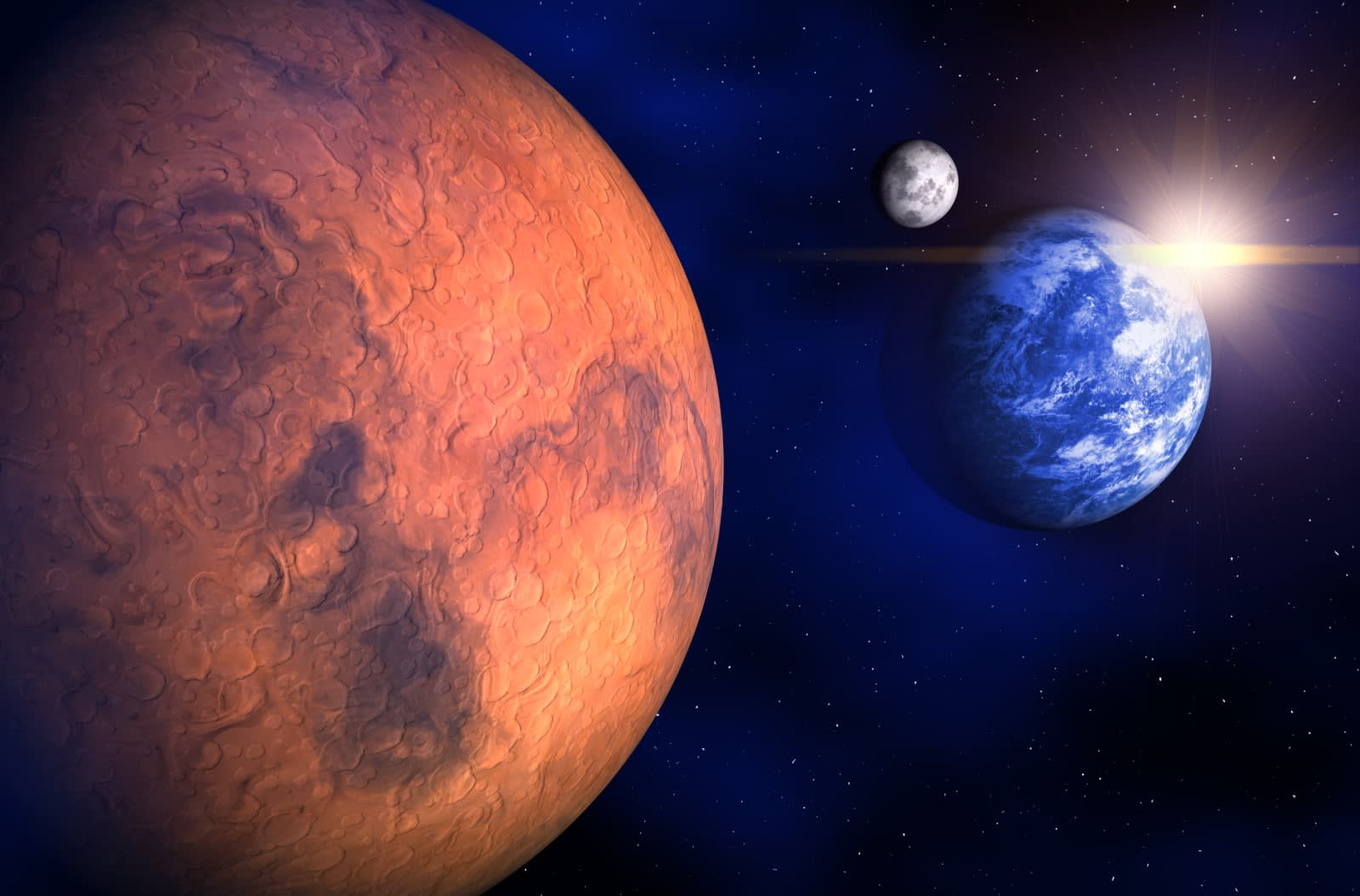 Some astronauts may spend a year orbiting cislunar space before NASA finally makes its way to Mars. At the Human to Mars Summit in Washington DC, Greg Williams from the agency's human exploration division revealed the details of NASA's two-phased plan to send humans to the red planet. According to Space, he said the first phase includes four manned flights to cislunar space in order to deliver a crew habitat, a science research module, a power source and an airlock for visiting vehicles. The whole installation could also have a robotic arm like the Canadarm2 with some autonomous functions. All those trips will take place between 2018 and 2026.

If everything goes well, phase 2 will begin in 2027. NASA will start by sending a Deep Space Transport vehicle to cislunar space, followed by the crew who'll live in the habitat for a year. If you'll recall, the agency asked six private corporations to design space vehicles for it as part of the NextSTEP program. Boeing conjured up designs for a transport vehicle and a habitat. We're guessing they're some of the candidates for what the agency plans to accomplish.

Future manned missions to Mars, which could happen in the 2030s, will then take off from the moon using the Deep Space Transport vehicle. Before any of these could take place, though, the agency has to finish building the Space Launch System (SLS) first, since it aims to use the massive rocket to launch those payloads. If the rocket's development gets delayed even further, it could impact the plan, too, unless NASA decides to use the heavy rockets private space corporations are also building.

So, how much will going to Mars ultimately cost the agency? In the same event, Pascal Lee, director of the NASA-funded non-profit Mars Institute, said it could cost $1 trillion over the course of 25 years. It's a "matter of opinion" and a "ballpark figure," he said, based on the $24 billion the agency spent on the Apollo program for over a decade. That's $197 billion in today's money when adjusted for inflation.

Since Mars missions are expected to be a lot more complex than missions to the moon, he said you'll have to multiply that amount "by a factor of 2 or 3." That's why Buzz Aldrin believes that to be able to go forward with the plan, NASA should hand over its ISS activities to the private sector ASAP, since it "simply cannot afford $3.5 billion a year of that cost."

Source: Space, Conde Nast Traveler
In this article: applenews, mars, moon, nasa, space, tomorrow
All products recommended by Engadget are selected by our editorial team, independent of our parent company. Some of our stories include affiliate links. If you buy something through one of these links, we may earn an affiliate commission.