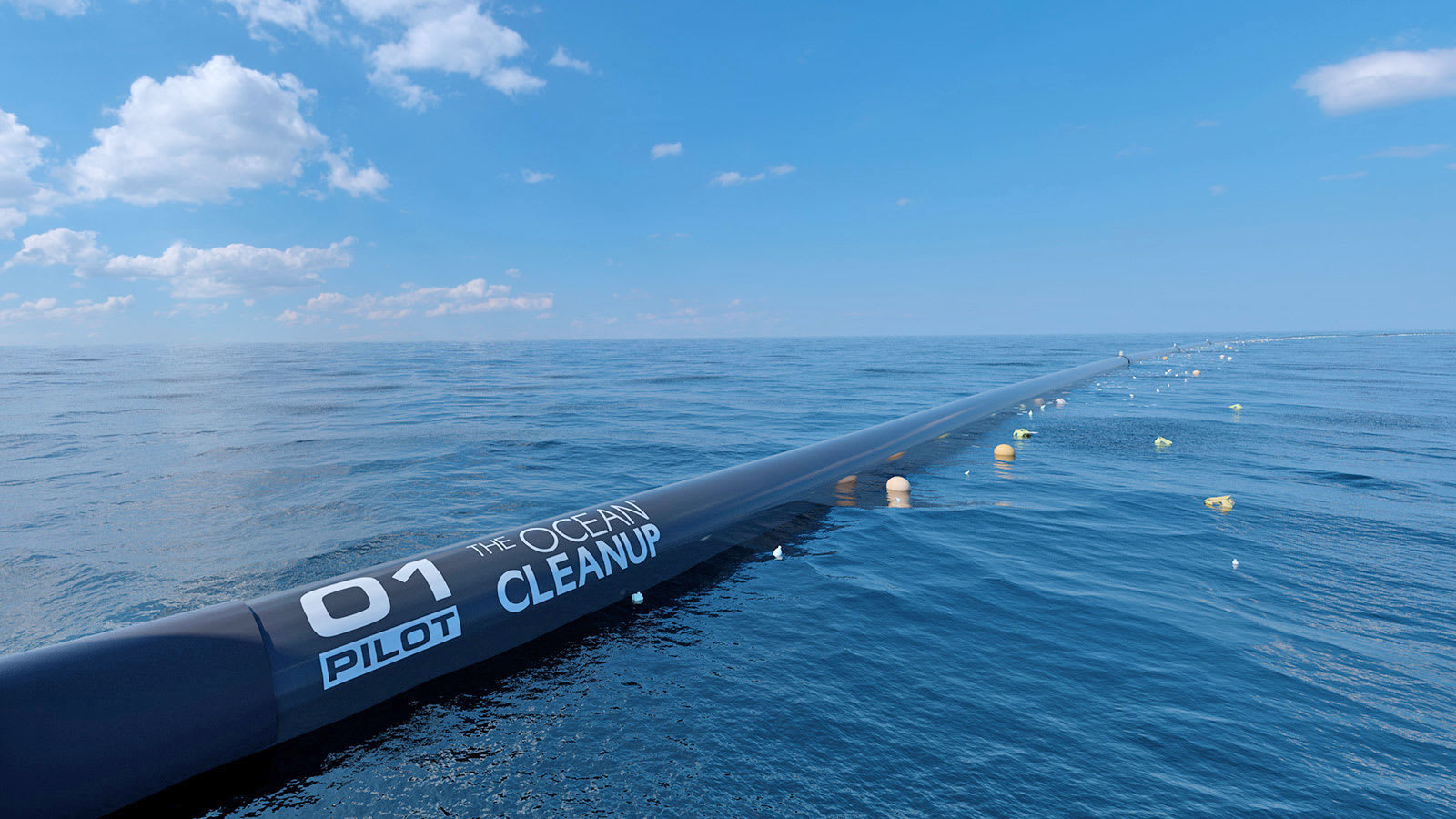 The Ocean Cleanup, a Dutch foundation that aims to deal with plastics polluting our seas, says it's finally ready to put its technology to work. In a statement released yesterday, the organization has revealed that it plans to start cleaning up the Great Pacific Garbage Patch in early 2018 using its newly redesigned cleaning system. That garbage patch is the biggest collection of debris in the ocean, a massive soup of visible and microscopic plastic particles poisoning marine life. The ship captain who discovered it in 2003 said he "never found a clear spot" in the week it took to cross the region.

While Boyan Slat (the organization's founder) originally envisioned trapping plastic trash with one large screen tethered to the ocean floor, the new design is smaller, sturdier and can save the group a ton of money. Instead of deploying a 60-mile stationary screen, they plan on releasing 50 smaller ones that measure 0.6 miles in length. They'll weigh the floating screens down with anchor, so they can move with the currents like plastics do, albeit a bit slower in order to trap debris.

Slat told FastCompany that he expected the original design to clean up half of the massive garbage patch in 10 years for $320 million. Now, he expects the new design to cut that timespan in half and to cost the group significantly less than that amount. Since he and his team still need to fund the project, though, they plan to use the plastic they collect to make items they can sell, such as sunglasses, chairs and car bumpers.

Source: The Ocean Cleanup
Coverage: Fast Company
In this article: applenews, greatpacificgarbagepatch, green, theoceancleanup, tomorrow
All products recommended by Engadget are selected by our editorial team, independent of our parent company. Some of our stories include affiliate links. If you buy something through one of these links, we may earn an affiliate commission.