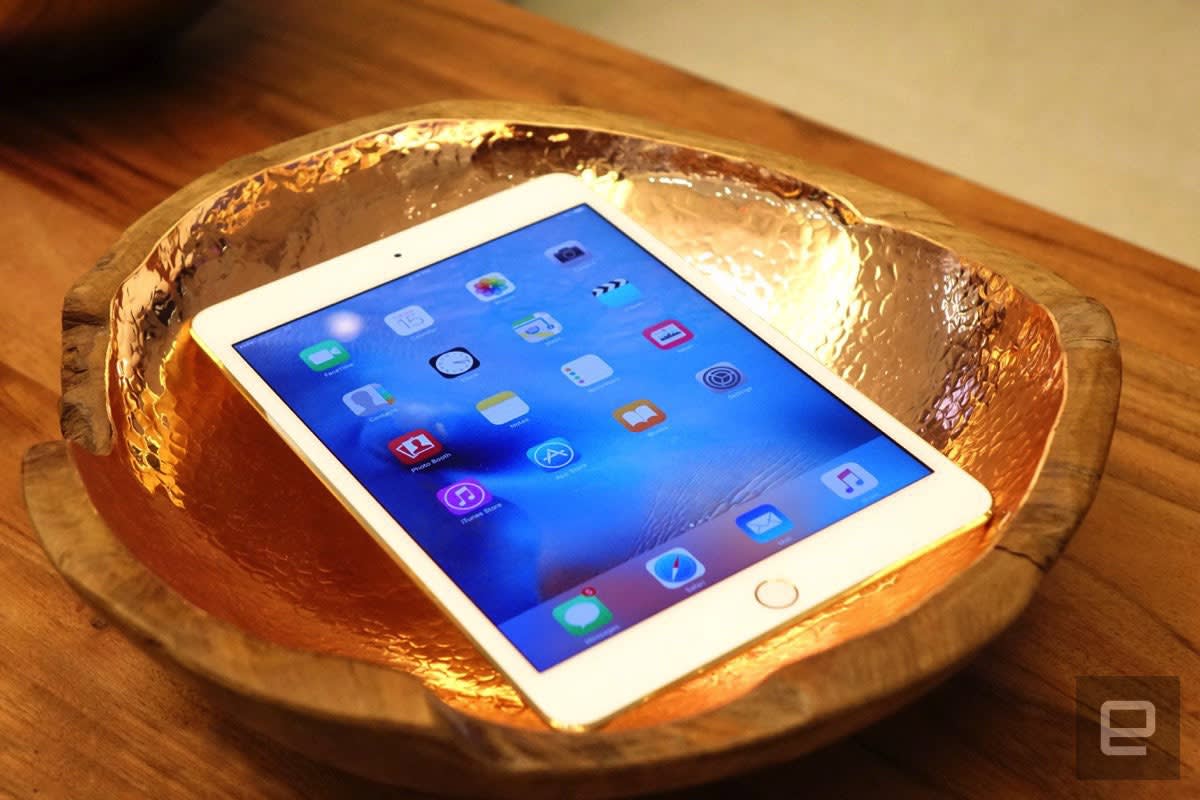 When Apple didn't do much more to the iPad mini 4 this spring besides increase the storage, it left more than a few people wondering if the tiny tablet is on its way out. If you believe a BGR source, the answer is "yes." The contact claims that Apple plans to phase out the iPad mini now that it has been "sized out of its own category" -- why get one when the iPhone 7 Plus and new entry-level iPad can cover the bases for many people? That's reportedly reflected in the sales figures, which make it "very clear" that the iPad mini isn't in high demand.

Apple tells us it doesn't comment on rumors, so don't expect a definitive answer on the mini's fate in the immediate future. As it is, the source doesn't know whether Apple will abruptly drop the small iPad or keep it on sale for a while longer, much like it does with some legacy Macs. You might still have the option to buy the iPad mini -- it just wouldn't get further updates under this scenario.

If true, the move would make sense in more ways than one. The overlap between products is part of it, but there's also the matter of an expanding iPad lineup. With talk of Apple introducing a 10.5-inch iPad while keeping both its 9.7-inch and 12.9-inch tablets, there's a real risk of creating a muddled product line. Also, Apple is increasingly treating the iPad as a computer replacement -- whether you agree or not, a 7.9-inch mobile tablet doesn't really fit that bill. As sad as it would be to see Apple's most portable iPad disappear, its time may have come and gone.

Via: 9to5Mac
Source: BGR
In this article: apple, applenews, gear, ios, ipad, ipadmini, mobile, tablet
All products recommended by Engadget are selected by our editorial team, independent of our parent company. Some of our stories include affiliate links. If you buy something through one of these links, we may earn an affiliate commission.