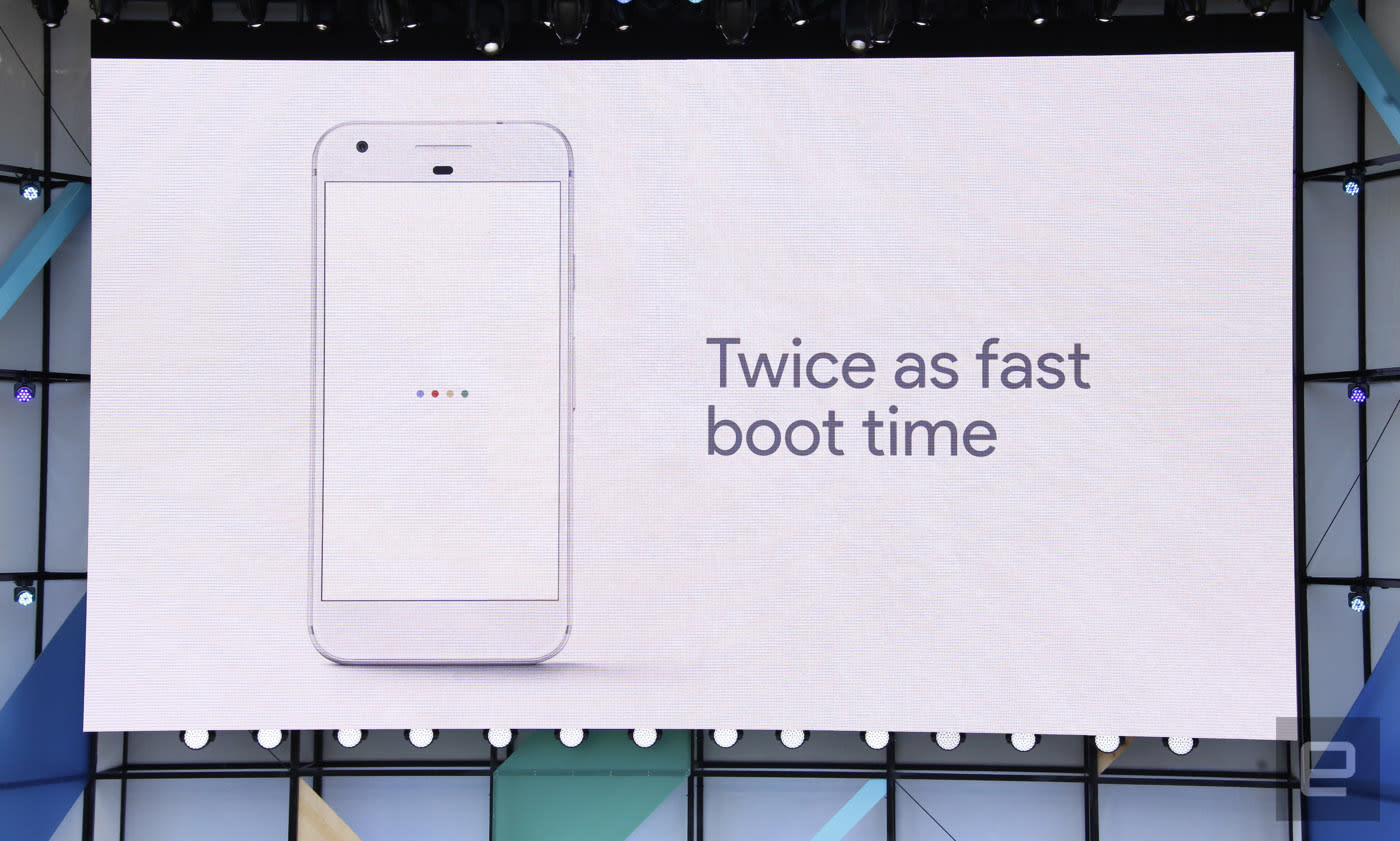 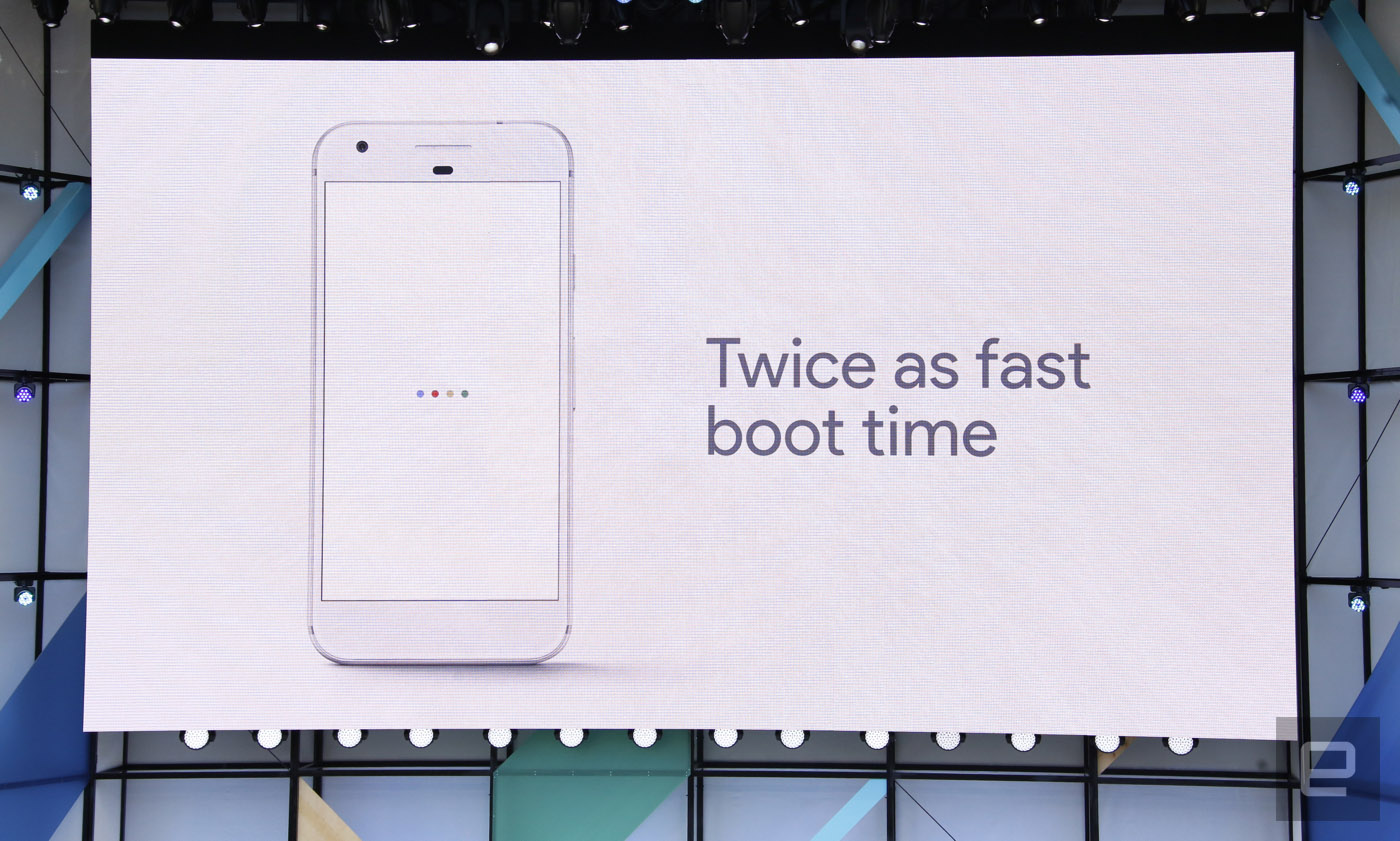 In an effort to make apps run better and with greater security on Android O, Google has unveiled Vitals during its Google I/O keynote. One key aspect called Google Play Protect provides "comprehensive security services for Android," as we've detailed in a separate post. The other part is around OS optimizations, a new effort to keep your apps running more smoothly and prevent them from excessively draining your battery. 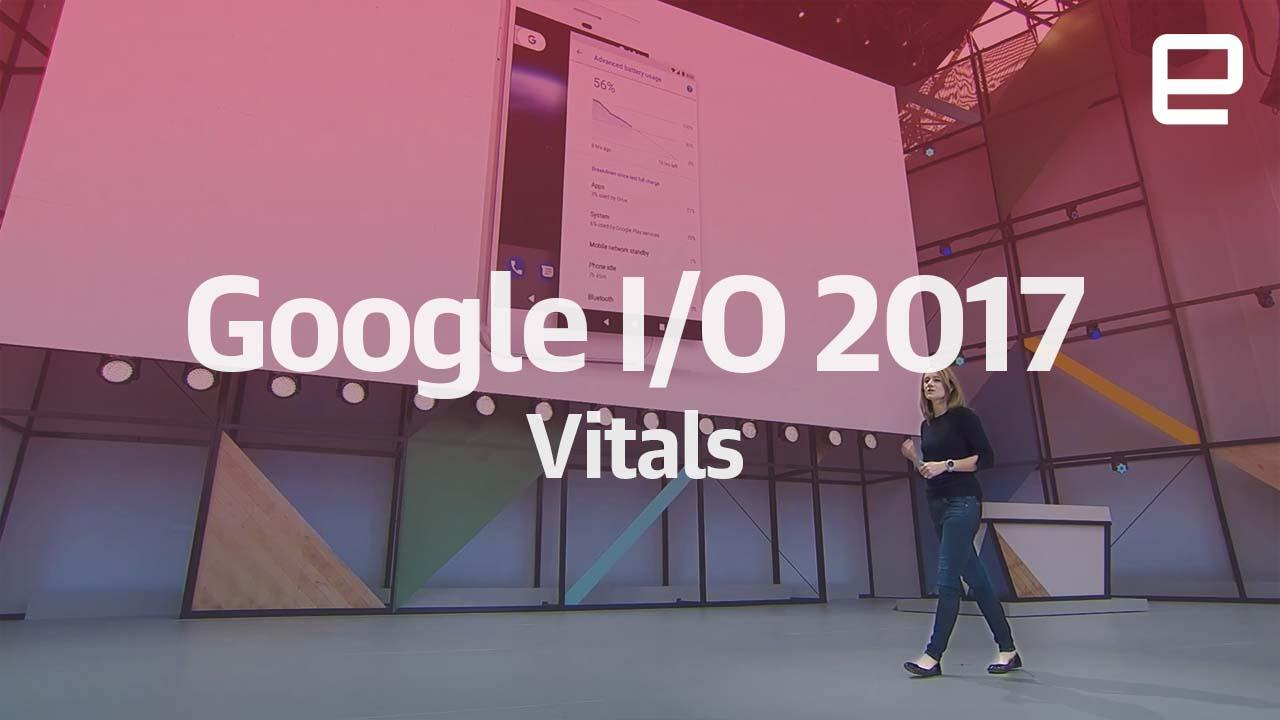 Google said it has already done a lot of work to make Android and apps run more smoothly, with boot times now half of what they were and apps like Google Sheets also loading twice as fast. However, Google said it can still do a lot with app optimization to make things better.

To fix that, it has unveiled "wise limits," a feature similar to something iOS has used for awhile. As you'd guess, the idea is to limit what apps can do in the background in three areas: services, location updates and "implicit broadcasts."

The latter is one of the worst offenders, as it can cause the OS to trigger multiple apps at once and cause "memory thrashing," wasting battery power and crippling the performance the app you're actually trying to use. "If your battery dies, nothing else matters," explains Google's Stephanie Saad Cuthbertson.

Another thing that should help make apps run better is the new Play Console Dashboard for developers. It helps developers figure out where battery drain and crashes and slow UI issues occur, and it takes them to the exact line of problematic code, providing guidance on the best way to fix it. For end users, that means you're less likely to have an app that causes problems, resulting in a smoother overall experience.

In this article: Android8, AndroidO, applenews, Battery, gear, google, GoogleIO, googleio2017, mobile
All products recommended by Engadget are selected by our editorial team, independent of our parent company. Some of our stories include affiliate links. If you buy something through one of these links, we may earn an affiliate commission.