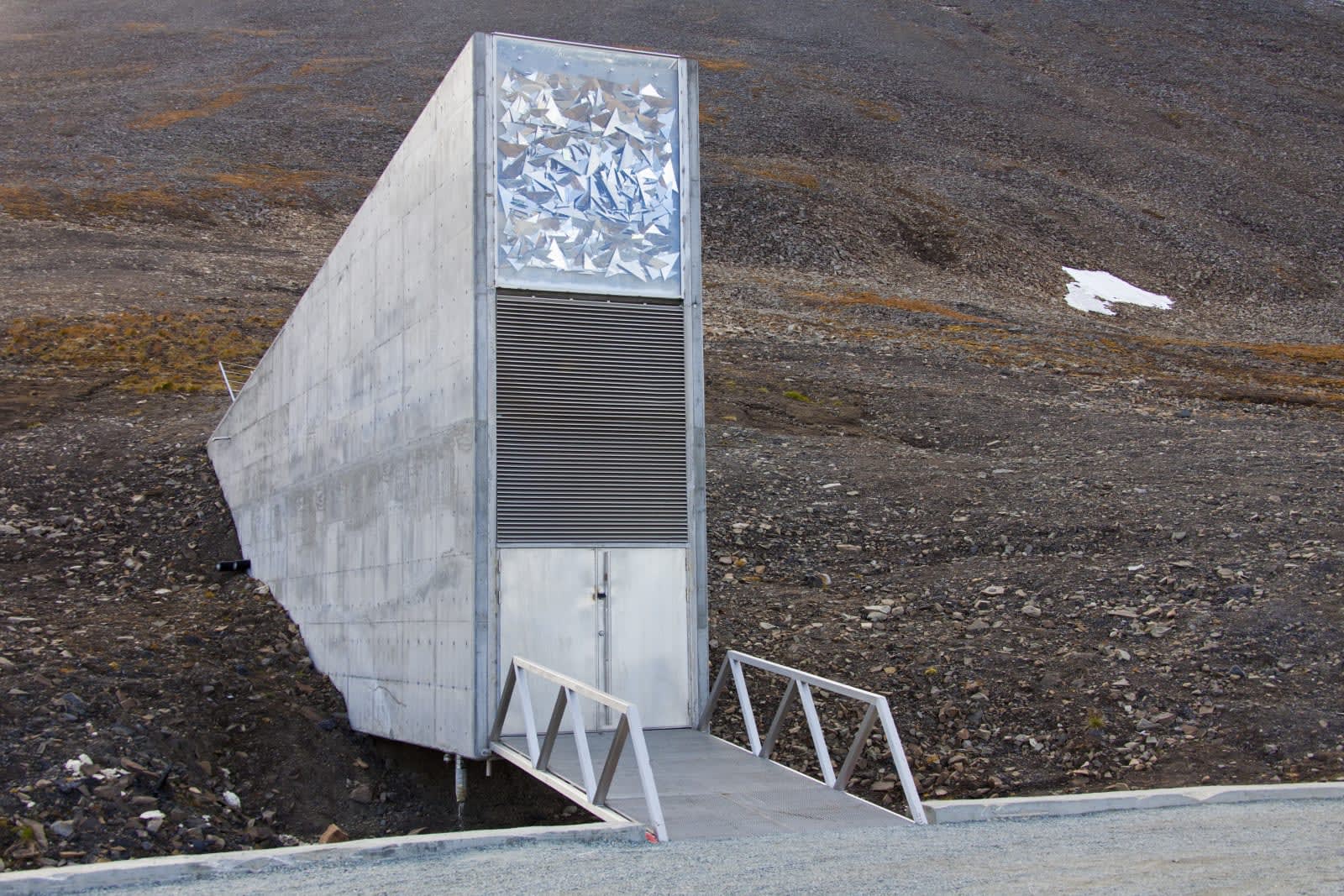 When melting permafrost poured into the entrance of the Svalbard Global Seed Vault, there was an understandable worry. What good is safeguarding the world's crops in the Arctic if even that area isn't immune to the threat of climate change? Well, you can relax. Statsbygg, the Norwegian construction group behind the vault, has outlined "technical improvements" to keep the entrance safe. It's building waterproof walls and ditches to channel water away, and it's moving electrical equipment out of the entrance to avoid creating a source of heat. The vault will also take fewer visitors to reduce body heat levels -- even that small amount could make a difference.

With that in mind, Statsbygg stresses that the seeds themselves have "never been threatened." The mountainside that holds the seeds themselves will keep its permafrost -- the builders just hadn't expected that the permafrost near the entrance would refuse to re-freeze after a decade since construction. Vault co-creator Cary Fowler tells Popular Science that the seeds would be safe in a "worst case scenario" where a pump failure or extreme water levels were problems. The water would have to go uphill and somehow avoid freezing in bitterly cold (around 0F) temperatures.

Humanity will still have access to the seeds in case of disaster, then. The bigger worry is simply that the vault keepers have to seriously consider water in the first place. Svalbard is supposed to be relatively immune to the effects of a warming planet, at just 620 miles from the North Pole -- that it isn't is worrying, even if the practical risk is low.

Source: Reuters
Coverage: Popular Science
In this article: applenews, ClimateChange, gear, green, science, seed, SvalbardGlobalSeedVault, tomorrow, vault
All products recommended by Engadget are selected by our editorial team, independent of our parent company. Some of our stories include affiliate links. If you buy something through one of these links, we may earn an affiliate commission.