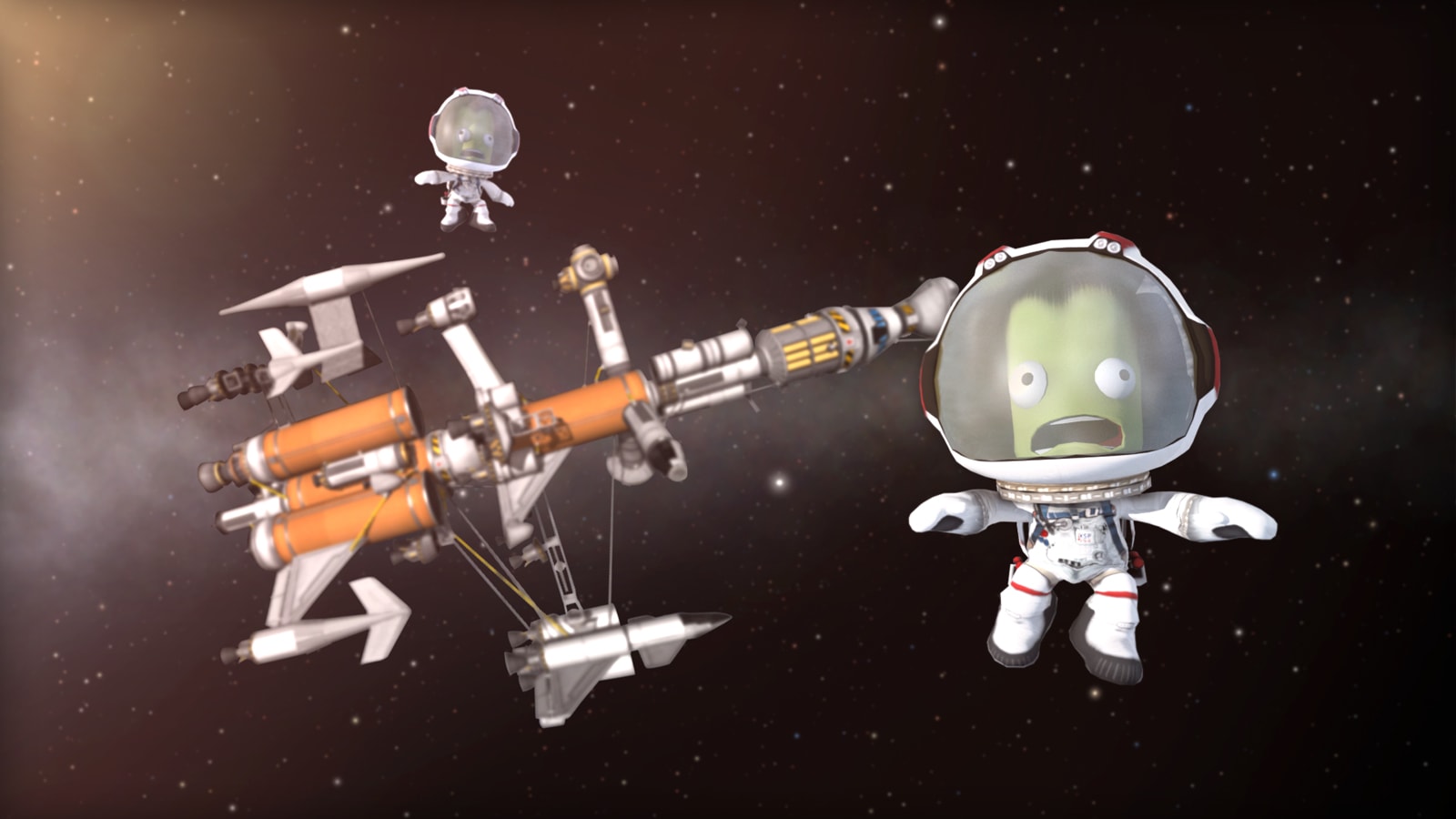 Worried that Valve's recent departures mark an end to conventional game development at the Half-Life studio? You might have a glimmer of hope. Valve has confirmed that it hired the team at Squad, better known as the creators of the shipbuilding hit Kerbal Space Program. The company isn't saying just how many people it hired, what they're working on or what's happening to KSP ("more details soon," a spokesperson says), but former Valve designer Roger Lundeen had said in the Game Dev Unchained podcast that the "entire team" had made the leap.

The hire happened 4 to 6 months ago, Lundeen says.

There are a number of possibilities for the Squad team. It could signal a deeper commitment to game development, whether it's for the VR titles already in the works or something else entirely (don't get your hopes up for Half-Life 3, folks). Alternately, their gaming chops might be secondary. They could help create VR apps and experiences, for starters.

Whatever the reasons, the hires represent some bittersweet news. Squad is considered one of the darlings of Steam's early access program, having built up enough buzz around unfinished versions of KSP that its official launch was really just a formality -- it had fans who'd played for years. Valve's move rewards a team that had poured its heart into one of the most ambitious indie games of recent memory, but it also casts doubt on the future of KSP or any other games that might have been in the pipeline. It'll be interesting to see what happens next, even if it's not what gamers were expecting.

Update: We now know that this isn't really the acquisition it looked like based on initial statements. Squad has followed up with word that it didn't join Valve, and that the several people who did sign up haven't been at the company for nearly a year. Work on Kerbal Space Program is continuing "normally," Squad says. It's still true that Valve is beefing up its development ranks -- it's just that this won't come at the expense of Squad or KSP.

Source: Eurogamer, SoundCloud
In this article: applenews, games, gaming, kerbalspaceprogram, personal computing, personalcomputing, squad, steam, valve, valvesoftware, videogames
All products recommended by Engadget are selected by our editorial team, independent of our parent company. Some of our stories include affiliate links. If you buy something through one of these links, we may earn an affiliate commission.