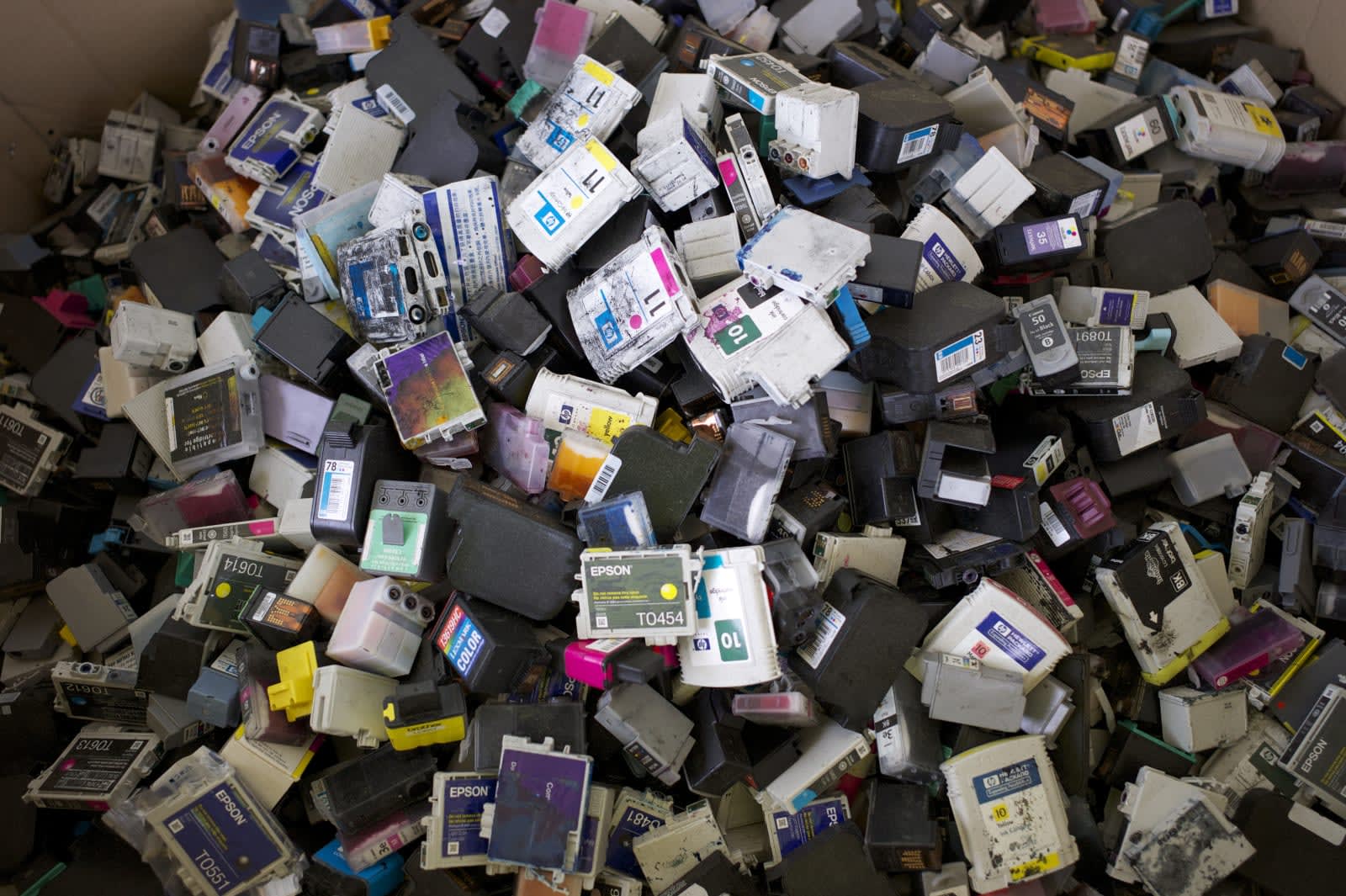 In a win for anyone who has ever been frustrated by overpriced ink, the Supreme Court ruled today (PDF) that printer maker Lexmark can't sue companies that refill old cartridges and sell them at a discount. More specifically, the court ruled that Lexmark gave away its patent rights to the cartridges (and their single-use microchips) as soon as it started selling them. While the case may seem narrowly focused, digital rights groups are hailing it as a win for consumers in general and a decision that could affect everyone's right to repair their own devices.

Even though Lexmark's customer contract states the cartridges can't be reused or resold, the court decided that these restrictions don't apply to remanufacturers that recycle used cartridges -- such as the West Virginia-based printer shop that initially brought the case. The court also rejected Lexmark's arguments that these complicated contract structures are necessary in the modern technology industry. Pointing out that "a generic smartphone" has parts covered by 250,000 patents, Chief Justice John Roberts said that overbroad applications of patent rights were unfair to consumers, limited their ability to use their devices as they see fit and would "clog the channels of commerce, with little benefit from the extra control that the patentees retain."

As Fortune also notes, the Supreme Court has been routinely overturning these sorts of patent cases that get elevated from the Federal Circuit Court of Appeals -- the court tasked with hearing every single patent case in the country. Ultimately, this is a good sign for consumers, however, and it bodes well if tech companies' efforts to squash mom-and-pop repair shops ever reaches the Supreme Court. In fact, the digital rights advocates at the Electronic Frontier Foundation are calling the decision a "victory in the right to tinker" and the patent reform watchdog group Public Knowledge says the decision, "is a strong recognition that consumer rights have primary importance."

Via: Wall Street Journal
Source: Supreme Court (PDF)
Coverage: Fortune SCOTUS Blog
In this article: applenews, gadgetry, gadgets, gear, InkCartridge, lexmark, patent, PatentLawsuit, politics, supremecourt, SupremeCourtRuling
All products recommended by Engadget are selected by our editorial team, independent of our parent company. Some of our stories include affiliate links. If you buy something through one of these links, we may earn an affiliate commission.