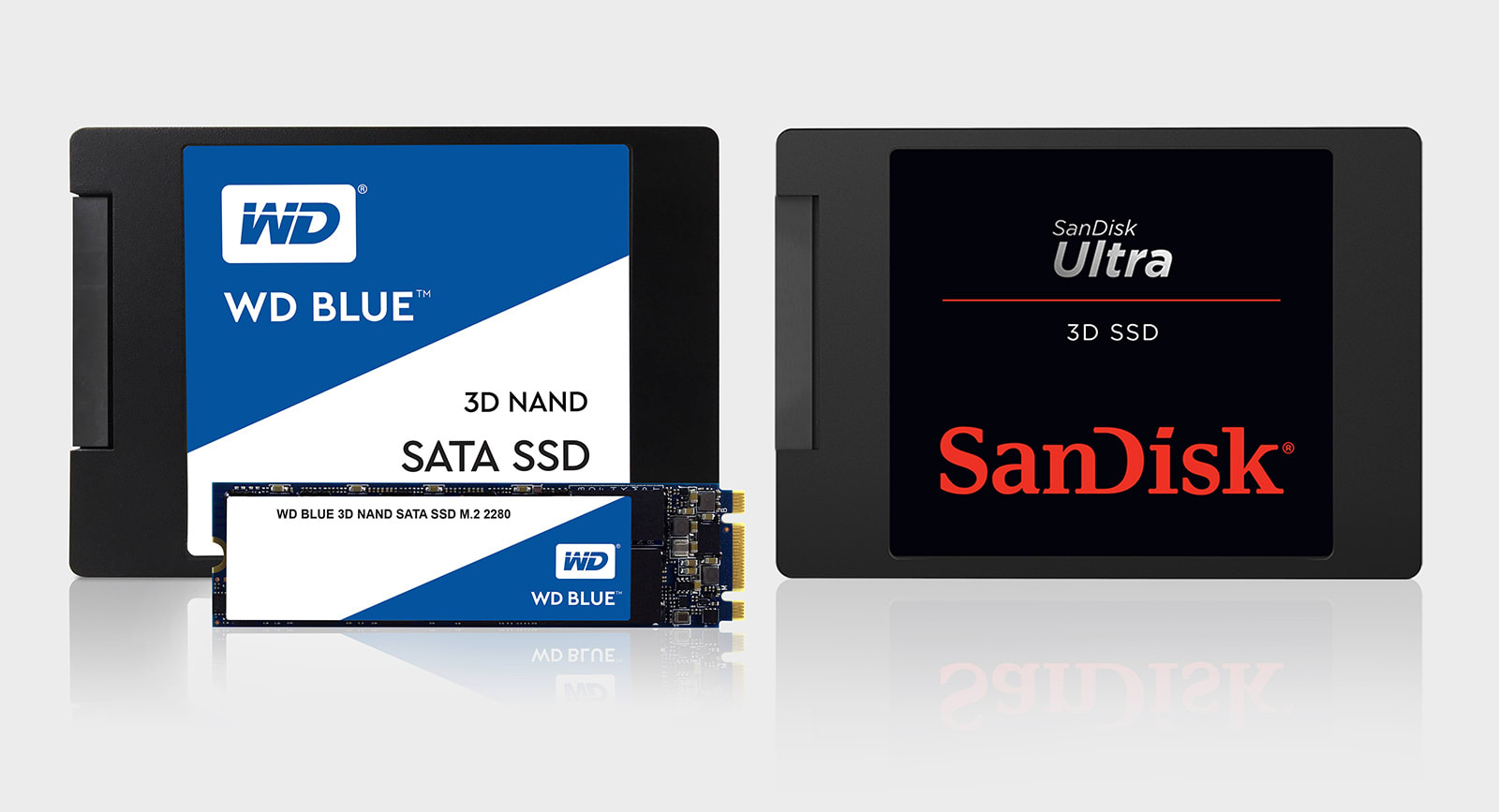 Hard disk specialist Western Digital (WD) acquired SSD maker SanDisk last year for a colossal $19 billion, and now we're getting some idea as to its strategy. The company unveiled two new lineups -- branded under each company's names -- that feature the first SSDs to use 64-layer 3D NAND chips developed by SanDisk. The new, higher capacity chips will allow for "lower power consumption and higher performance, endurance and capacities," Western Digital wrote in its press release.

The two lines, WD Blue and SanDisk Ultra 3D, are identical capacity-wise, use the same controllers and have identical performance specs -- though WD Blue also offers a M.2 2280 device that SanDisk doesn't. All of the 256GB drives, both in 2.5-inch and M.2 formats, start at a very reasonable $100. They also come in 500GB, 1TB and 2TB sizes, but WD hasn't listed prices for those items yet. That information will be particularly interesting, since the drives require fewer chips than rival SSDs, which will hopefully drive down the prices.

As for the performance, it's pretty, pretty good. The larger capacity devices can read at 550 MB/s and write 560 MB/s, and the 256GB SSD is just a touch slower (550 MB/s and 525 MB/s). Perhaps more importantly, all products have a mean time to failure (MTTF) of 1.75 million hours. WD says that's "industry-leading," but it falls behind some products, including Samsung's (more expensive) 850 Pro, which sports a two million hour MTBF.

WD gave a pretty good clue as to why it's offering identical products under different labels. "Between our two strong brands in SanDisk and WD, and their respective loyal customer bases and distribution channels, these advanced SSDs will appeal to a very broad [range of consumers]," said WD CEO Mike Cordano. In other words, WD has huge stores of goodwill in both brands, and it's not willing to give that up to save some marketing costs.

Source: Western Digital
In this article: 3DNAND, 64-layer, applenews, gear, personal computing, personalcomputing, SanDisk, SSD, Storage, WesternDigital
All products recommended by Engadget are selected by our editorial team, independent of our parent company. Some of our stories include affiliate links. If you buy something through one of these links, we may earn an affiliate commission.