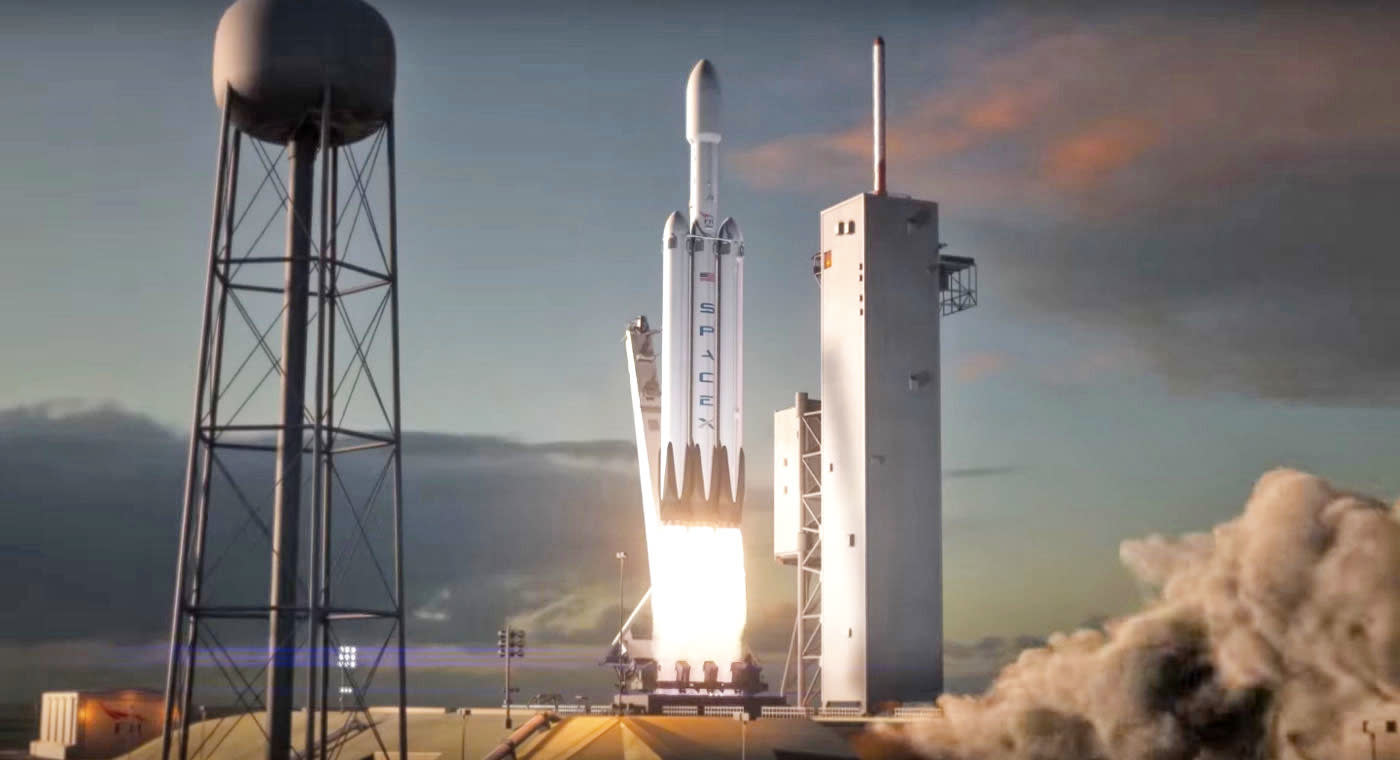 SpaceX is preparing a used booster for relaunch on June 17th, but it's apparently getting its heavy lift rocket ready for lift off sometime this year, as well. According to company chief Elon Musk's response to one of his Twitter followers, all three of the Falcon Heavy cores should be at Cape Canaveral in two to three months. If everything goes well, the rocket could make its way to space a month after that. That means the Falcon Heavy's first journey could take place as early as September, which is consistent with what the company has been planning for a while now.

All Falcon Heavy cores should be at the Cape in two to three months, so launch should happen a month after that

The 3-million-pound Falcon Heavy can carry as much as 140,000 pounds to low-earth orbit, almost thrice the payload the Falcon 9 can. It's able to fly such a big amount to space, since it was designed with manned missions to the moon and to Mars in mind. According to previous info from the private space corp, it might try to reland the rocket's upper stage during the demo flight. It'll be extremely tough due to the vehicle's weight -- Musk even admitted that the odds of success are low, but it's still worth a shot.

While it'll be great to see the Falcon Heavy leave for its first journey soon, don't forget that SpaceX and other space companies are known for pushing back timelines. Sometimes, it's to give their personnel more time to perfect their work, other times it's due to unfortunate accidents. In SpaceX's case, it had to push back several planned launches after its rockets exploded. If the Falcon Heavy's demo flight does push through, make sure to keep an eye out for a live stream of the historic event.

In this article: applenews, elonmusk, falconheavy, launch, rocket, space, spacex, TL18FALC, tomorrow
All products recommended by Engadget are selected by our editorial team, independent of our parent company. Some of our stories include affiliate links. If you buy something through one of these links, we may earn an affiliate commission.