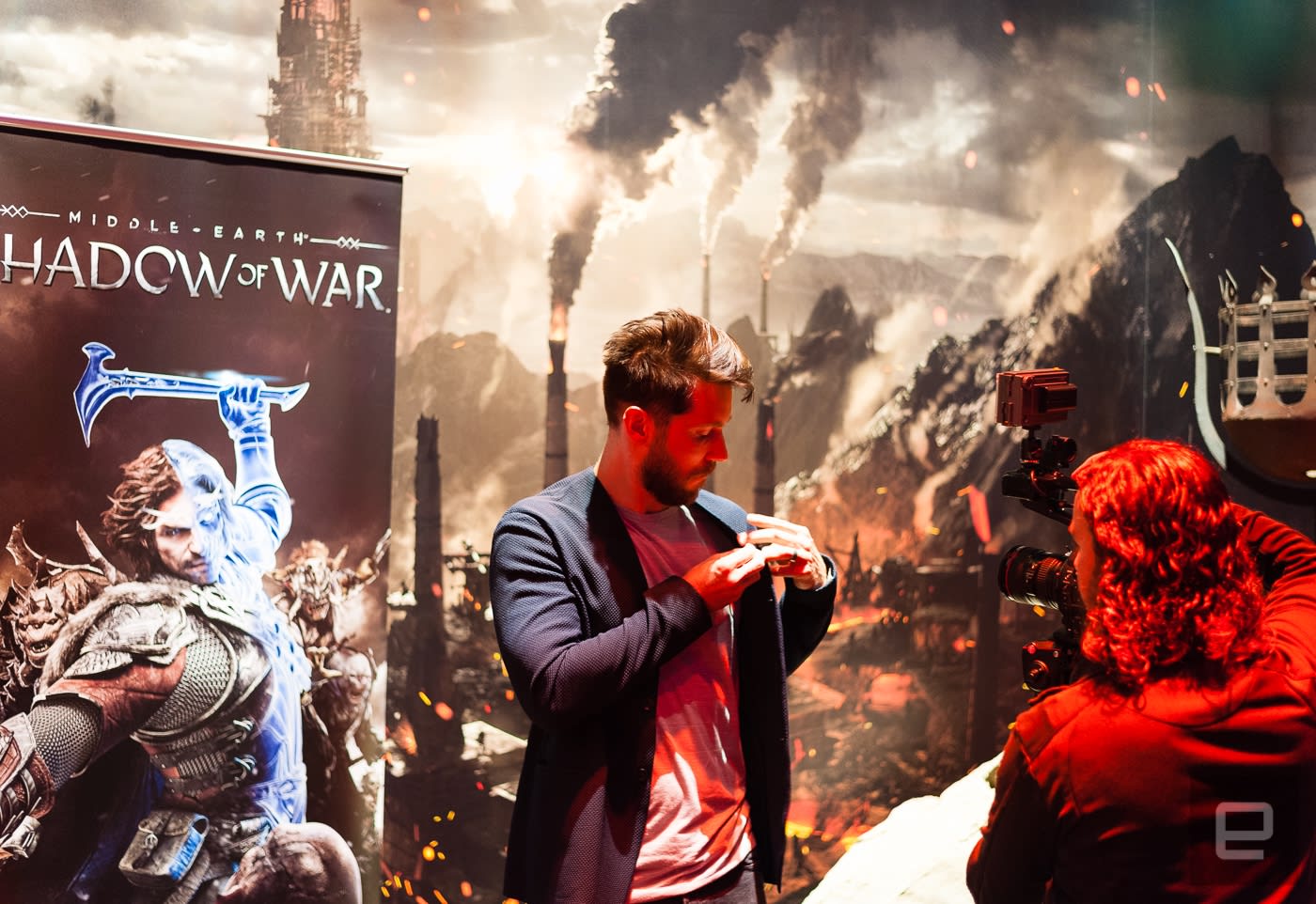 Troy Baker has lent his voice and performances to some of the biggest games of the past decade. From six roles across Darksiders 2 to playing Booker DeWitt in BioShock Infinite or stepping into The Joker's shoes in Batman: Arkham Origins, you might not realize it's actually him delivering the lines until you see the credits. That's because he approaches each performance incredibly differently.

With Middle-earth: Shadow of War his job was particularly complex: In addition to reprising his role as Talion, a Ranger of Gondor who's more or less possessed by an undead prince, Baker served as the director for all of the game's performance-capture story sequences.

For that task, Baker relied on his experience with director Neil Druckmann from Naughty Dog and his roles in the studio's The Last of Us (TLoU) and Uncharted 4: A Thief's End. Naughty Dog is widely regarded as having some of the best performances and shot composition in video game story sequences -- there are definitely worse places to look to for inspiration.

Based on our time with Shadow of War, there are definite parallels between Baker's direction and Druckmann's. Character positioning definitely feels more cinematic than in its predecessor, but the early PC build we played (it's also coming out for PlayStation 4 and Xbox One) lacked a bit of the visual fidelity Naughty Dog is known for eking out of Sony's hardware. Not everything is going to be a 1:1 transference from project to project.

"You think you're gonna get this job and it's gonna be awesome," Baker said during an interview earlier this month. "And then the reality and the weight starts sinking in and I go, 'Maybe I bit off more than I can chew.'

"You sit onstage for the first time and everybody's looking to you: 'What are we doing?'"

To answer that question, he went back to a simple direction he picked up working with Naughty Dog: "I don't know, what do you think?" Baker said it's something his friend and mentor Druckmann would sometimes respond with whenever he had a question while playing Joel in TLoU or Sam Drake in Uncharted 4. "I've learned a lot from Naughty Dog; I've learned a lot from other people I've worked with so we can incorporate all the good tenements and good principles of what it takes to bring in good performances into games."

It's a simple, perhaps unexpected, way to coax a different kind of a performance from an actor. "I have an answer in my back pocket [as a director], but it's probably not going to be as connected to you as the one you [the actor] have right here. So tell me what you think."

Baker said that that sort of question requires a lot of trust: trust from the director in his or her actors, and for an actor to trust themselves to come up with a character-appropriate response. It also takes humility on the director's part, knowing they won't always have the best ideas on-set.

"For me it's asking questions, being open to the answer and not just trying to lead people to your answer," Baker said.

But that gets tricky when you're playing a principal role both onscreen and behind the camera. Baker admitted he needed a lot of direction with the Talion we're seeing in Shadow of War. He couldn't quite call Druckmann for help on that, so Baker relied on writer Tony Elias to keep him on task and his performance true to the script. That was in addition to regular consultations with Ethan Walker and Nate Hendrickson, from Monolith's cutscene team, watching a take after take from a monitor right after yelling, "Cut!"

"The hard part was not viewing my performance [as an actor], but as a director, just seeing Talion," Baker recalled. "It's super easy to nitpick and say, 'I want myself to do something differently or better' as opposed to a director being objective and going, 'No, it works. Get over yourself. It's not about you, it's about this scene.'"

In this article: applenews, av, batmanarkhamorigins, BioshockInfinite, darksiders2, direction, director, e32017, ethanwalker, gaming, middleearthshadowofwar, natehendrickson, naughtydog, neildruckmann, pcgaming, playstation4, shadowofwar, steam, thelastofus, tonyelias, troybaker, uncharted4, uncharted4athiefsend, voiceacting, warnerbrosinteractiveentertainment, wbie, windows10, xboxone
All products recommended by Engadget are selected by our editorial team, independent of our parent company. Some of our stories include affiliate links. If you buy something through one of these links, we may earn an affiliate commission.