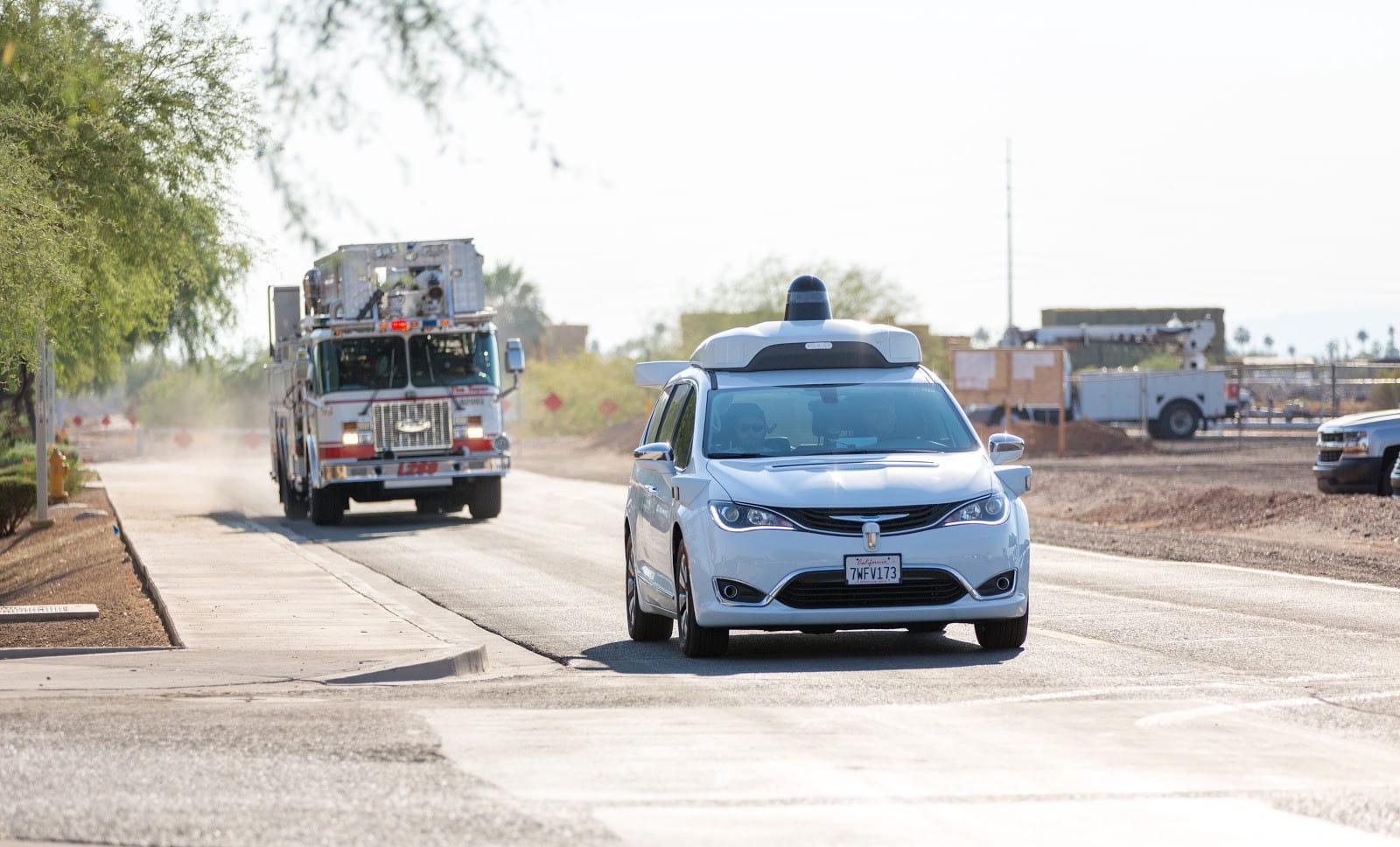 Before self-driving cars can truly take over our roads, they have to be able to give way to ambulances and other emergency vehicles. That's why Waymo has begun training its autonomous Chrysler minivans to be able to recognize what they look and sound like in real life situations. Alphabet's autonomous vehicle spinoff has teamed up with Chandler Police and Fire in Arizona to set up an "emergency vehicle testing day." The authorities had ambulances, police cars, motorcycles and firetrucks pass by, trail and lead the Chryslers all day and night while the minivans' sensors collected as much data as possible from all speeds, distances and angles.

Waymo was able to compile a library of sights and sounds from the event thanks to its minivans' upgraded sensors. The new suite of sensors include an audio detection system designed in-house and an upgraded LiDAR and vision system, which are capable of seeing emergency vehicles and their flashing lights. They also allow the technology to recognize other types of emergency vehicles it hasn't seen yet.

Waymo is already using the data it collected to teach its self-driving system how to detect where sirens are coming from. By being able to point out the direction where emergency vehicles are located, its autonomous cars can move to the side if they're passing from behind or yield at an intersection to let them pass first.

"This training is key to reliably detecting and responding to emergency vehicles in Arizona and beyond," the company said on its blog. "By teaching our cars this advanced capability, we're moving closer to bringing truly self-driving technology into the world."

Source: Waymo
In this article: alphabet, autonomouscar, google, self-drivingcar, tomorrow, transportation, waymo
All products recommended by Engadget are selected by our editorial team, independent of our parent company. Some of our stories include affiliate links. If you buy something through one of these links, we may earn an affiliate commission.