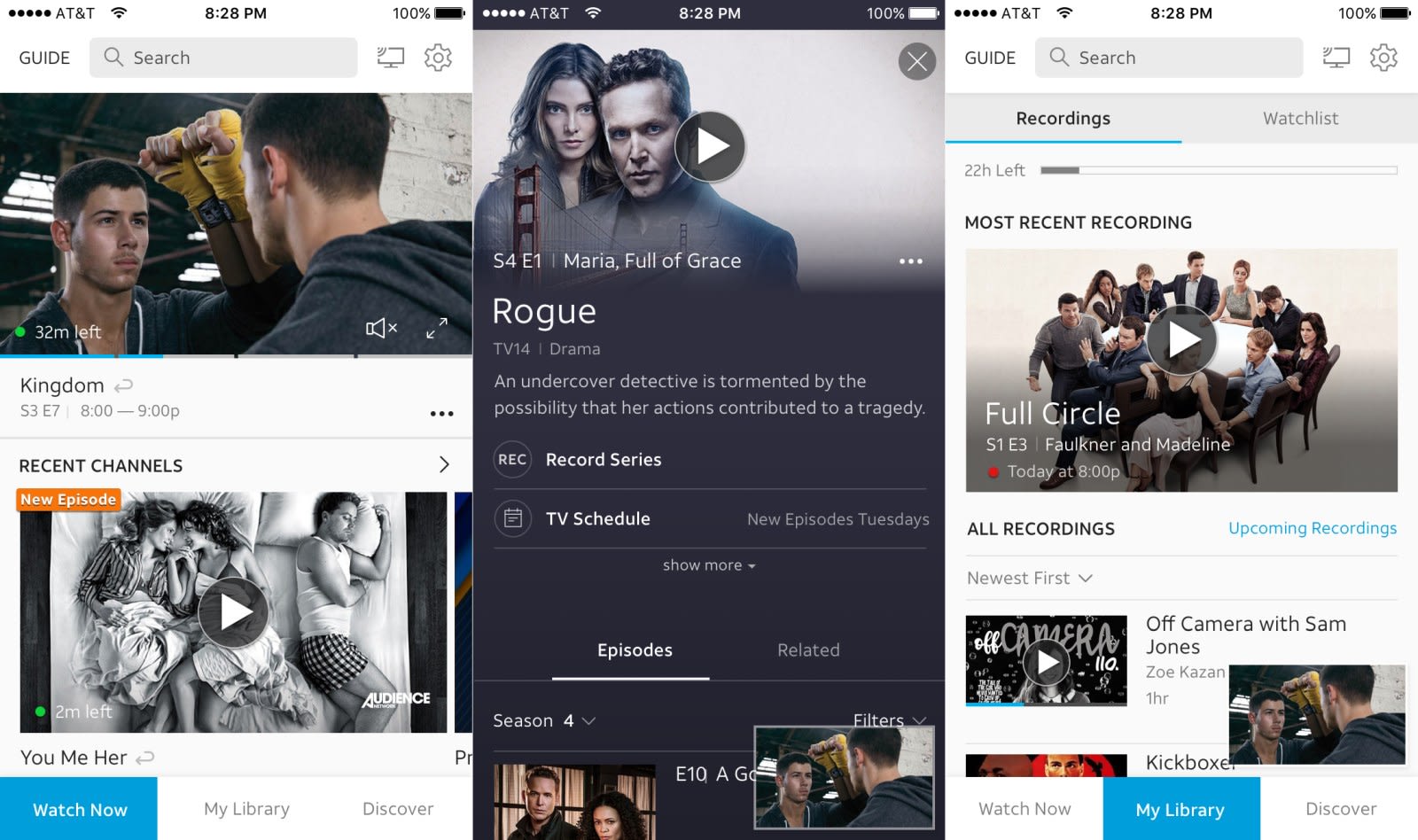 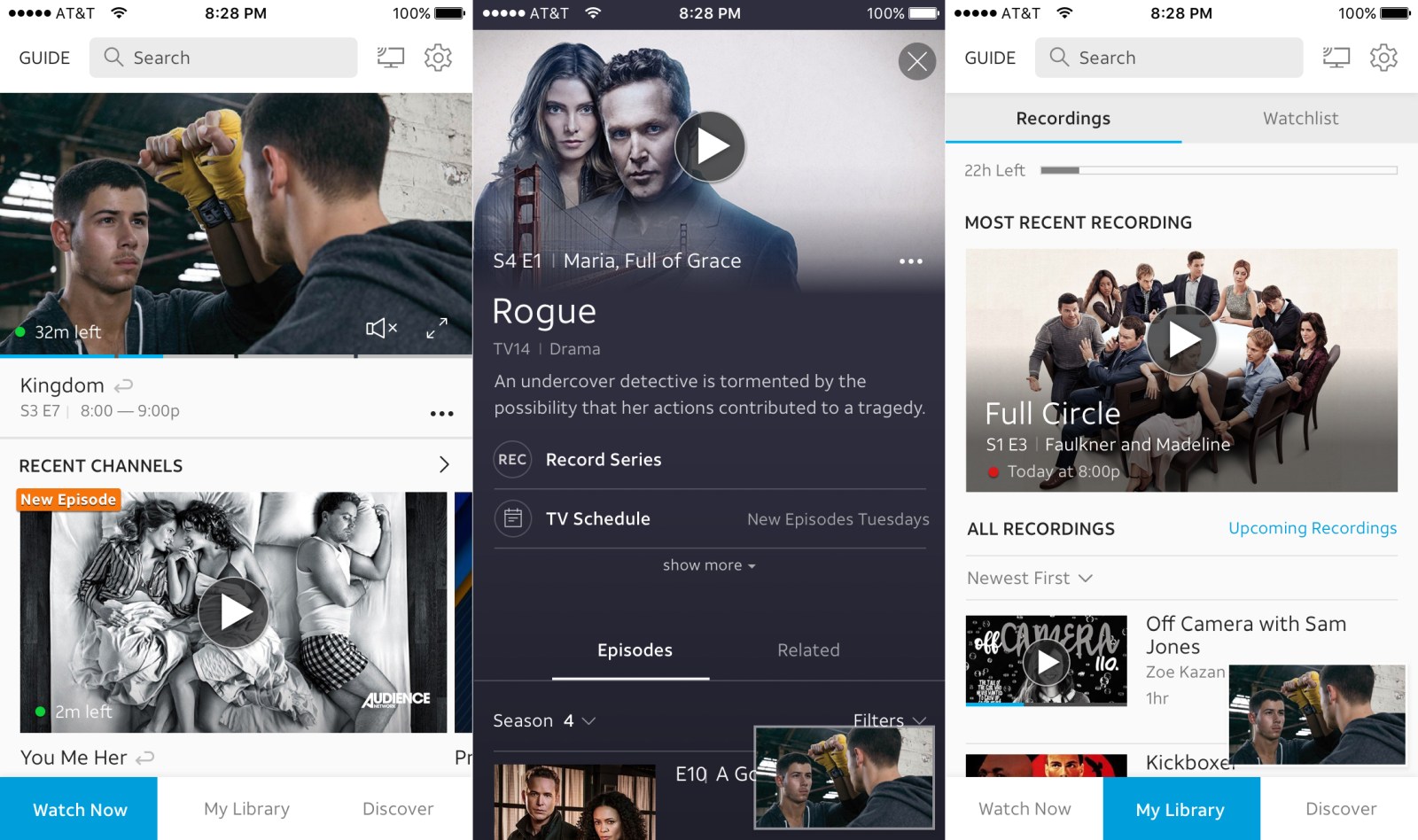 Later this year, AT&T's launching an ambitious plan to revamp and unify its disparate video services. In a move that chief marketing officer David Christopher called "going from a hardware-centric model to a software-centric model." Similar to Comcast's X1 platform launch a few years ago, the plan is to have a single base for how its video services -- whether internet-served like DirecTV Now, satellite-provided DirecTV, U-verse IPTV or NFL Sunday Ticket -- look and feel across every device. Where AT&T pushes things further is that it already offers a national internet TV platform, and that's where customers will see the new technology first when beta tests start later this year.

AT&T executive VP & CTO Enrique Rodriguez spoke to Engadget about the rollout, saying that "if you look at the work we've done on DirecTV Now, it's been very successful on Apple TV and so you can think of this as a continuation of that transition." Invited DirecTV Now customers and DirecTV companion app users will be the first ones with access to the new technology, as shown above running on iOS, when the beta testing starts ahead of a rollout across more services and hardware over the "coming years."

The next-generation platform will bring everything we've seen from modernized TV setups over the last few years, with recommendations and profiles, backed by all the content AT&T/DirecTV provides subscribers. When the beta starts, there will be a cloud DVR feature and other new features already up and running. Features on deck for later this year include live TV pausing and parental controls, while other key elements like profiles, download-and-go and 4K Ultra HD with HDR are scheduled to launch in 2018. 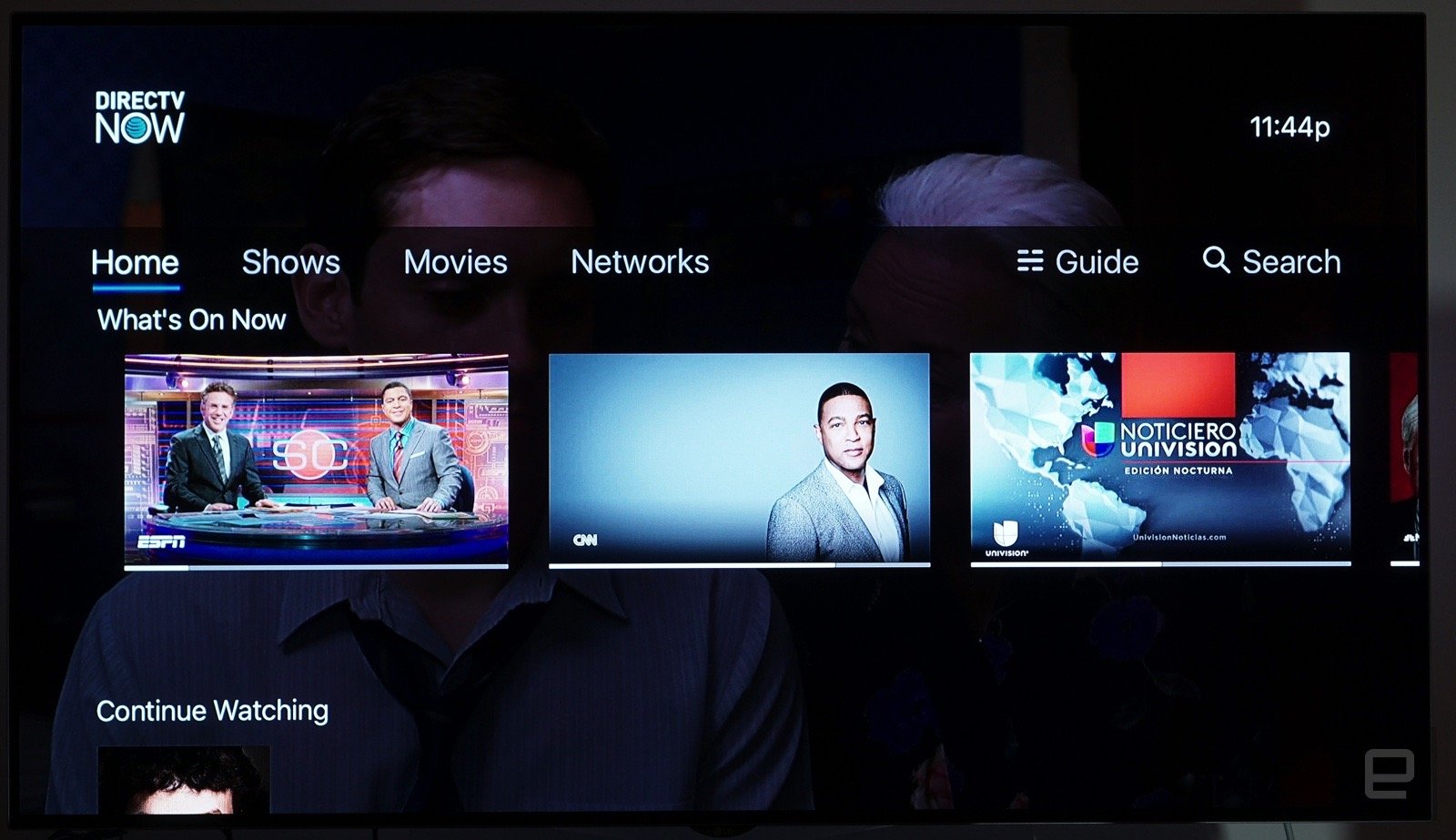 It won't come all at once, but AT&T is turning its various video services, both "monolithic" as Christopher called them, and streaming into something built for the modern era. So far, the rollout of DirecTV Now has weathered some glitches and criticism that it hasn't offered much new. But now that it's had some time to roll out and expand its content offerings, the time is right for an upgrade.

A frustrating aspect of the TV business since the dawn of high definition has been the slow pace of upgrades -- digital TV, DVR, video-on-demand, internet streaming and cloud recordings have taken so many years to roll out -- but maybe this transition can pull everything together. Of course, since AT&T owns so many pathways to customers including wireless, it has more incentive to push new technology, as reports suggested it expects to have a primarily streaming video service within the next few years.

Source: AT&T
In this article: att, av, DirecTV, DirecTVNow, entertainment
All products recommended by Engadget are selected by our editorial team, independent of our parent company. Some of our stories include affiliate links. If you buy something through one of these links, we may earn an affiliate commission.