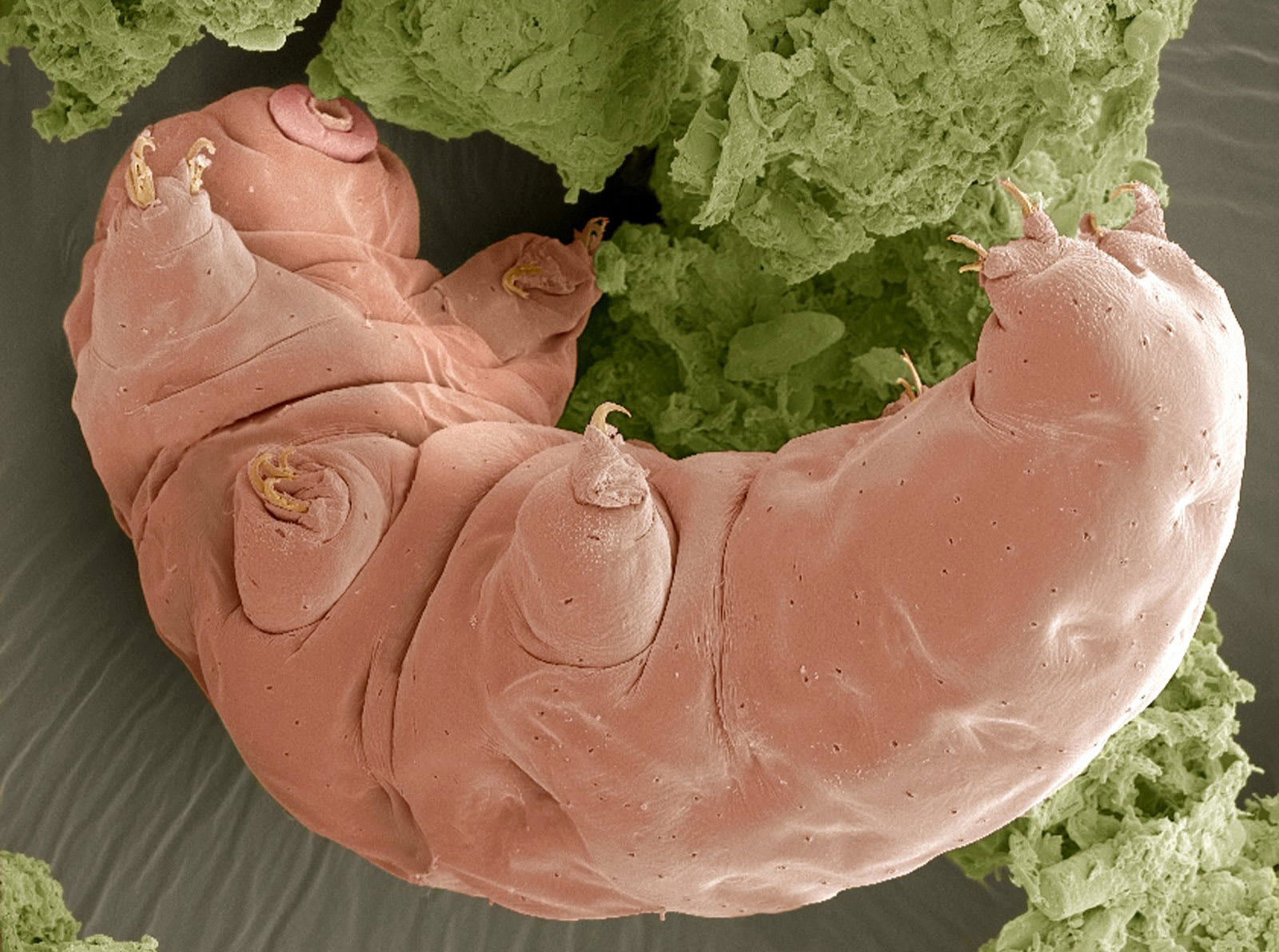 We often talk about whether human beings can survive a cataclysmic space event, such as a large asteroid hitting the Earth. But even if we're wiped out, other life will go on. Scientists have discovered that the tardigrade, also called the water bear, is the world's most indestructible living species.

We've known for a while that tardigrades, tiny creatures that look a little like piglets, are pretty robust. They were frozen for thirty years, thawed out and were still alive. In fact, they were able to produce healthy offspring. Russia also claimed that tardigrades were found clinging to the International Space Station, alive while being exposed to the vacuum of space. We even mapped their genome to discover whether we can apply tardigrades' natural protection to humans.

Researchers at the University of Oxford tested three potential catastrophic space-based events that could affect the Earth to see whether tardigrades would survive: asteroids, supernovae and gamma ray bursts. "To our surprise we found that although nearby supernovae or large asteroid impacts would be catastrophic for people, tardigrades could be unaffected," says Dr. David Sloan, the paper's coauthor. "Therefore it seems that life, once it gets going, is hard to wipe out entirely." The study will be published in Nature.

While this is certainly a weird observation for Earth-based life (it's good that life finds a way?), it's much more relevant for our hunt for extraterrestrial life. This study makes it clear that once life exists on a world, it's hard to wipe it out completely, even in the face of catastrophic events. It's possible that some of the worlds where we currently think life is unlikely, such as TRAPPIST-1, could have a greater chance of harboring it than we know.

Source: Eurekalert
In this article: space, tardigrade, tomorrow
All products recommended by Engadget are selected by our editorial team, independent of our parent company. Some of our stories include affiliate links. If you buy something through one of these links, we may earn an affiliate commission.