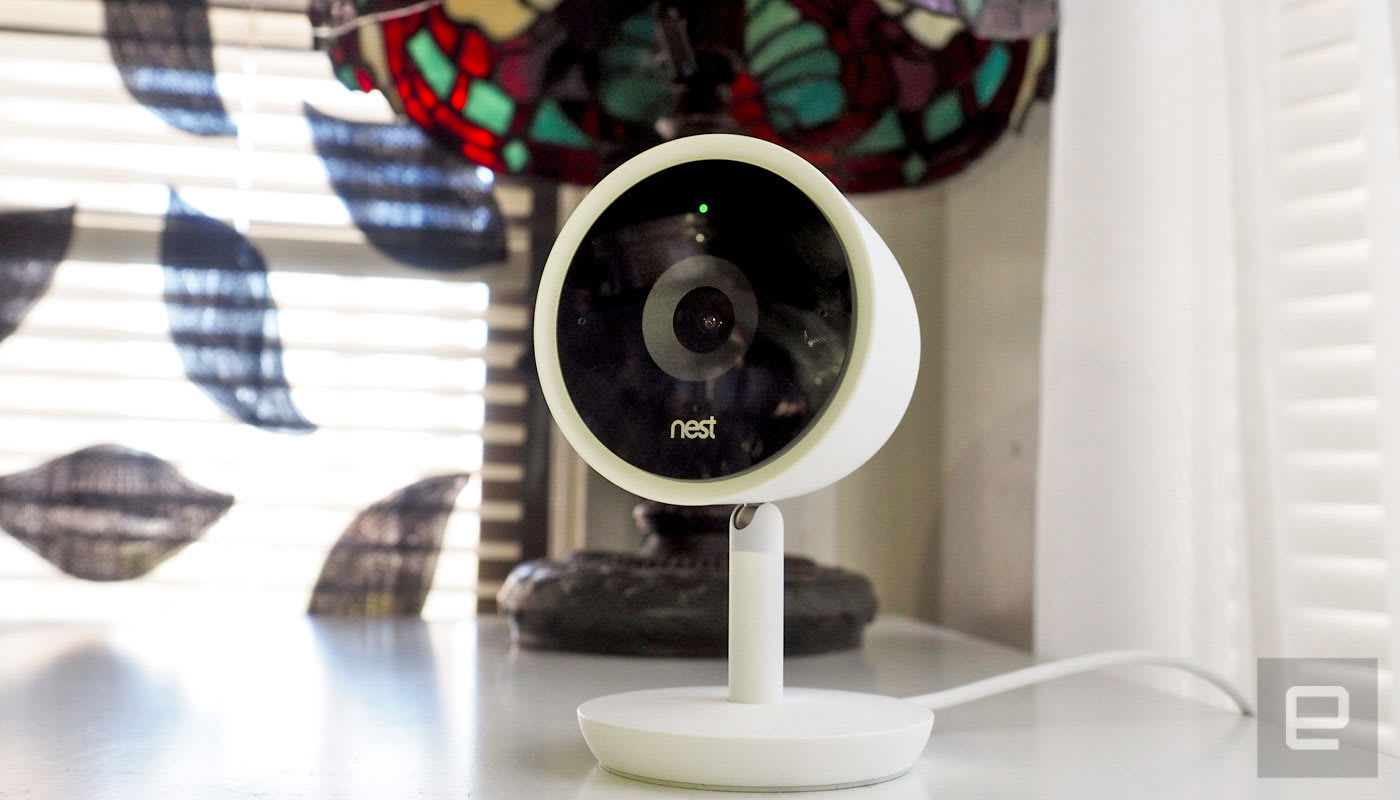 Nest burst onto the scene with a thermostat that was easy to use, had a slick interface, came with actual smart features and didn't look like someone just taped an off-white box to your wall. It followed that up with a less exciting but possibly more important smoke-and-carbon-monoxide detector. Then instead of building its own camera, it bought Dropcam, changed the name, added some cloud features and tada, the Nest Cam.

That last one is important, because it gets most of Nest's update love. There's the "original" Nest Cam (basically the Dropcam with a new name), an outdoor version and now the new Nest Cam IQ. It's supposed to be the smarter camera in the lineup. It houses an HDR 8-megapixel 4K sensor that outputs 1080p images. The speaker and microphone are better with noise reduction and louder output. The $300 camera even has a six-core processor to round out the impressive hardware inside. But it's the software and face/human detection system that Nest wants to impress you with. 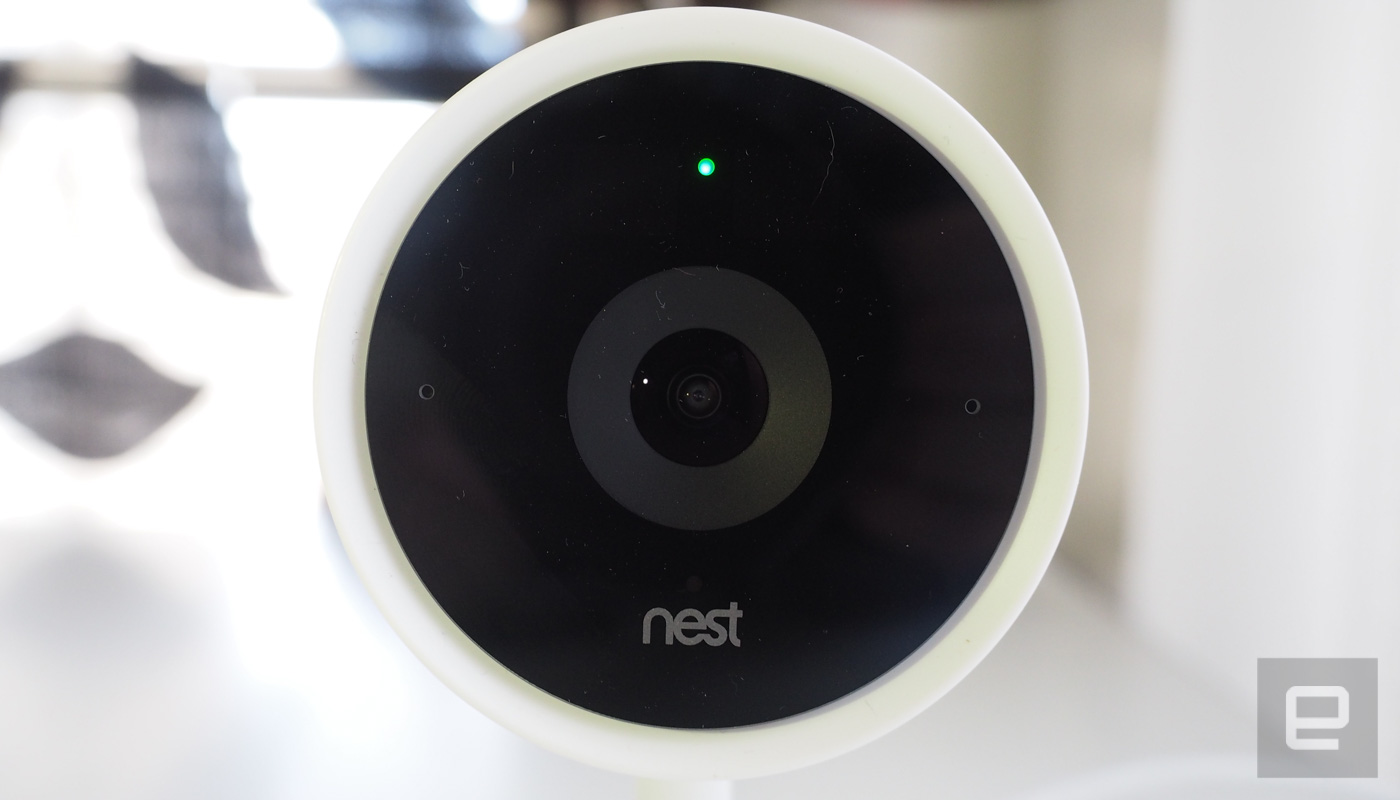 The IQ's ability to see people and recognize faces is the camera's big feature. Previous versions of the Nest Cam could (mostly) recognize when a person entered the field of view. The IQ expands upon that with facial recognition. After your initial setup, the companion app will start pinging you about faces it sees and asking if it's someone you know. This is where it gets ... interesting.

Nest warned that false positives would occur if the camera was facing a TV or a mirror. But if that was unavoidable, just turn it off while you're in your house using the feature that notes when you're at home or away. And that, right there, is the problem with facial recognition. If it can be fooled by an episode of Game of Thrones or in my case portraits drawn by my wife, friends and Andy Warhol, it's not really a feature worthy of a security product. 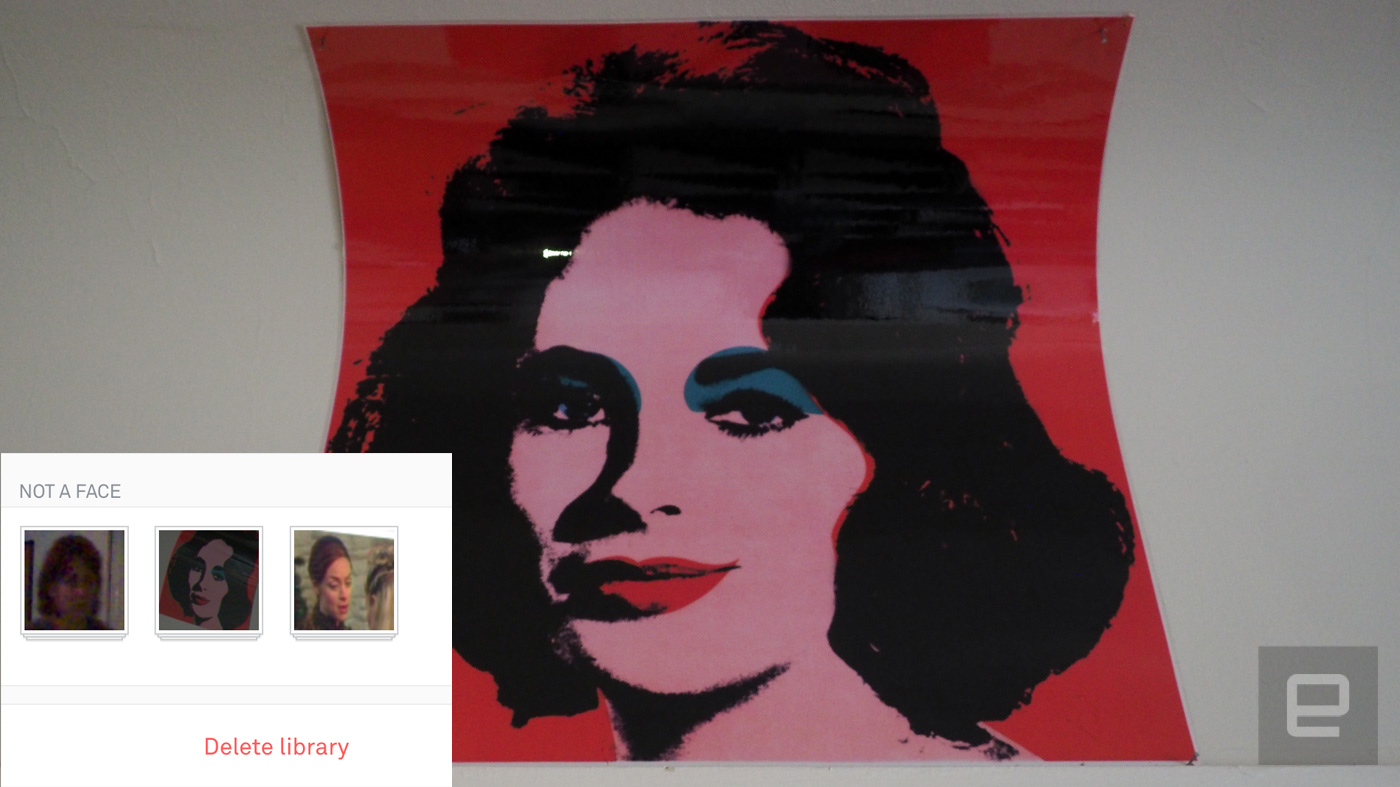 Plus, if I introduced a new face to the mix, I wouldn't always get a notification. I would have to open the app and go into the Familiar Faces section and decide if it was a friend or potential foe.

The camera also has something called Supersight where it'll zoom in and track activity in the frame. That's where the power of that 4K sensor comes into play. The enhanced area looks outstanding, and you can see the face better than you would if you zoomed in with the other Nest cameras. That's when it works, since it was a bit hit or miss for me. Once it zoomed in on my cat sleeping during a heavy sigh then later ignored a person walking through a room.

Plus the Familiar Faces features require a Nest Aware subscription. In fact, you're going to need to pony up at least $10 per month (for 10 days of cloud recording, $30 for 30 days of recording) if you want more than three hours of recordings and want to be able to record clips. So if someone breaks into your house and four hours have passed, you're hosed unless you've been paying for Nest Aware.

Add that on top of the $300 price tag ($100 more than the regular Nest Cam), notification technology that's hit or miss and facial recognition that seems more like a gimmick than an actual feature and the argument for upgrading to the IQ falls apart rather quickly. 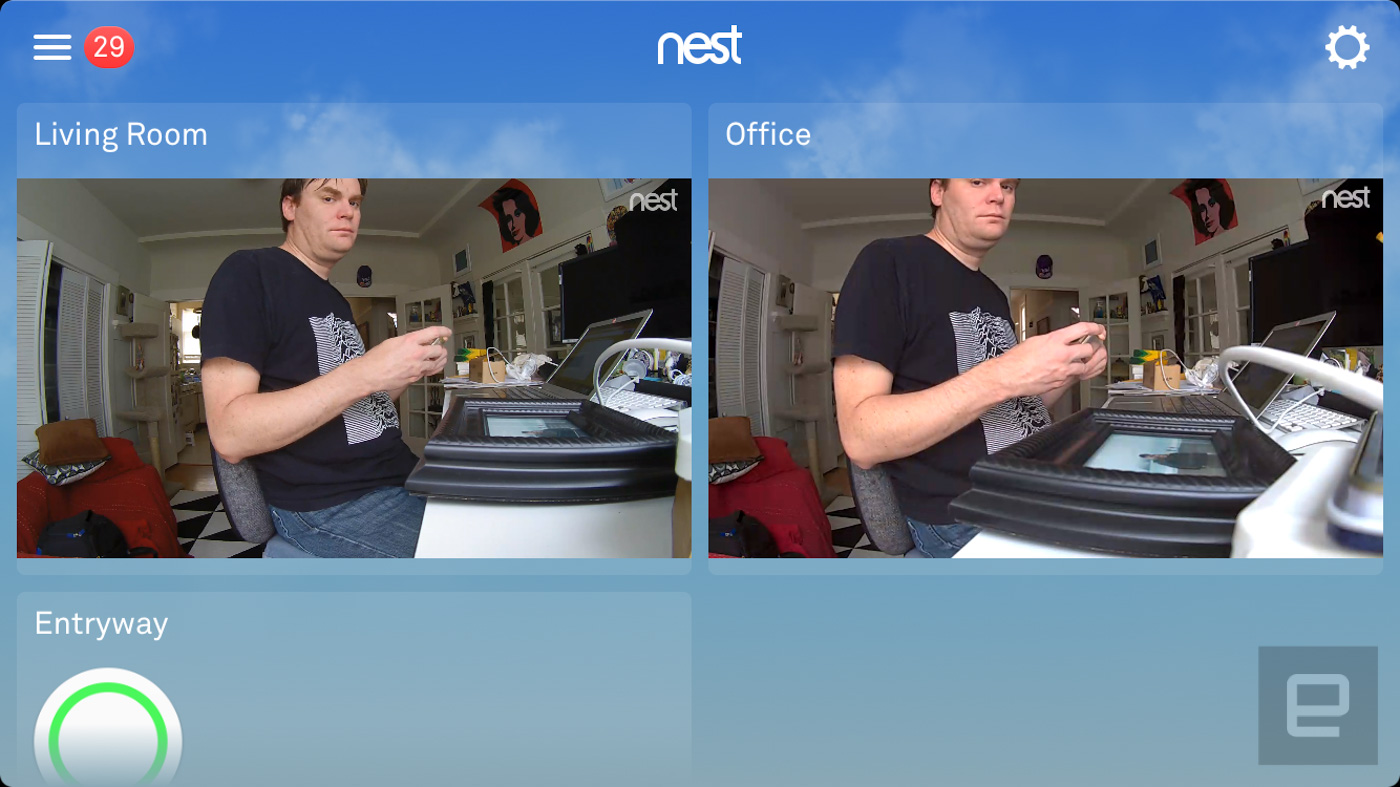 Yes, the 4K sensor does make for footage that's crisper and closer to real life, but just barely. The microphone and speaker updates are nice, but it's unlikely you'll be able to use the IQ to scare off intruders. I use mine to tell the cats to get off the counter, and the Nest Cam's speaker is fine for that. But the IQ also lacks some of the features that make the Nest Cam useful, like a magnetic base and the ability to twist the camera lens to compensate for angled mounting.

The Nest Cam IQ doesn't feel like it should be its own product and instead should be the updated version of the regular Nest Cam with a feature that's definitely not ready for protecting your home. Facial recognition might be useful in the future, but today it's barely a feature on an overpriced nanny cam.

Source: Nest
In this article: cameras, facialrecognition, gadgetry, gadgets, gear, hands-on, internet, Nest, nestcam, nestcamiq, nestcap, security, services
All products recommended by Engadget are selected by our editorial team, independent of our parent company. Some of our stories include affiliate links. If you buy something through one of these links, we may earn an affiliate commission.