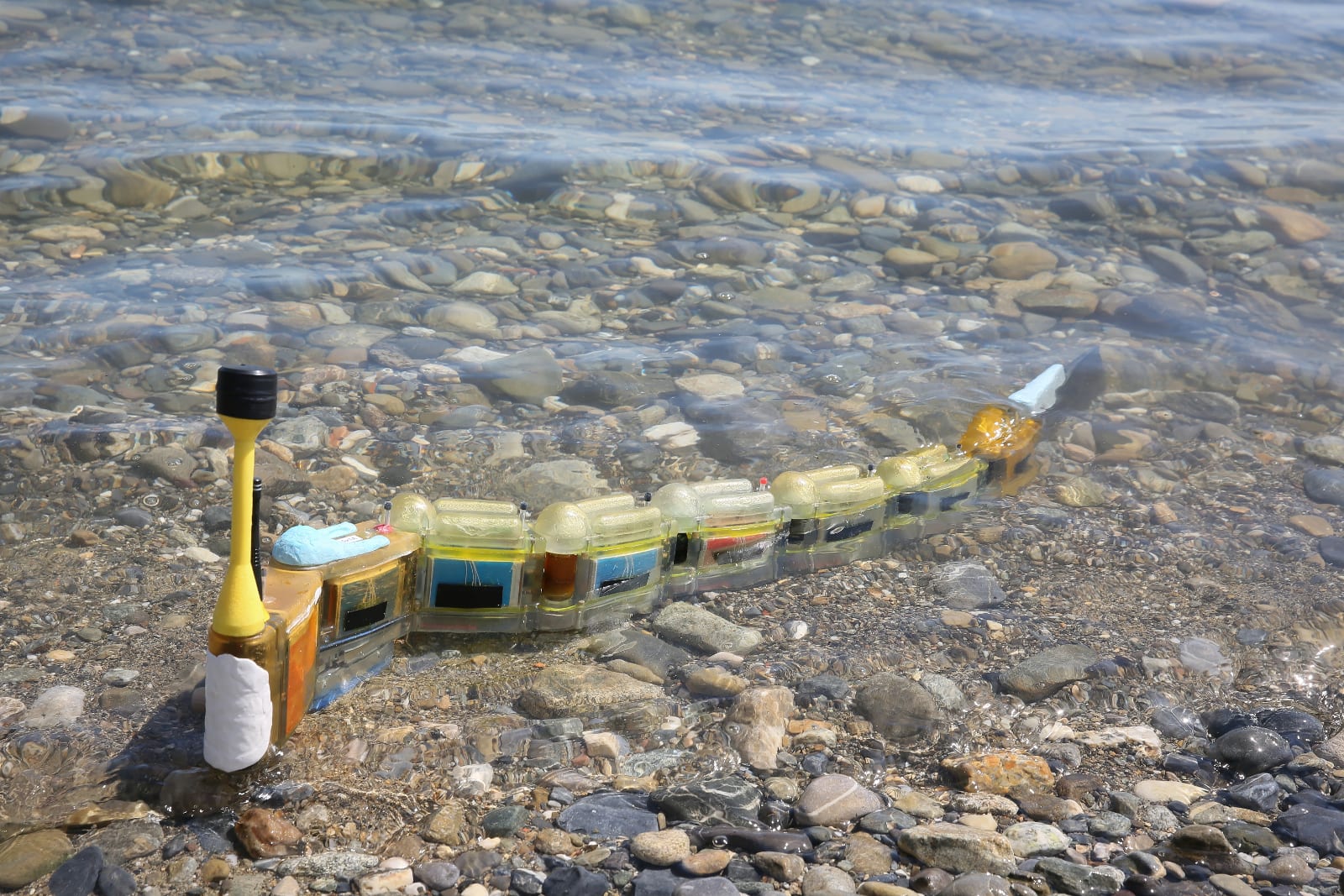 We already have ways to measure the levels of pollution in bodies of water, but an eel-inspired robot can do the job faster and more effectively. The researchers from the Swiss Federal Institute of Technology and other institutions have created a modular robotic eel that can swim through contaminated water to pinpoint sources of pollution. Each module is equipped with a different type of sensor, including biological ones, like fish cells, live crustaceans and modified bacteria. Scientists can customize the eel for different locations by choosing the modules they need and leaving the others out of the configuration.

Some of the modules the researchers made have physical and chemical sensors that can test for water conductivity and temperature. Others rely on living organisms. One type is filled with bacteria the team developed to generate light when exposed to mercury. Another uses fish cells grown on electrodes that refuse to touch each other when toxins are present. The scientists also placed tiny crustaceans called Daphnia in one module, since their movements can indicate water toxicity.

The swimming machine can take data all these sensors collect and send them to a remote computer in real time. And since it moves like a real eel does unlike robots with propellers that kick up mud and disturb aquatic life, it can gather the most accurate data possible. EPFL says the machine can either follow a preprogrammed path or use the info it gathers to track down the source of pollution on its own. It can, for instance, swim towards more and more toxic waters

The researchers have only tested the physical and chemical sensors in the field thus far, since the biological ones are harder to deploy. They're planning to test the biological modules outside the lab this summer, though, so they'll figure out how effective they are in real-life situations soon enough.

Source: EPFL
In this article: epfl, gear, pollutedwater, pollution, roboticeel, robots, switzerland
All products recommended by Engadget are selected by our editorial team, independent of our parent company. Some of our stories include affiliate links. If you buy something through one of these links, we may earn an affiliate commission.