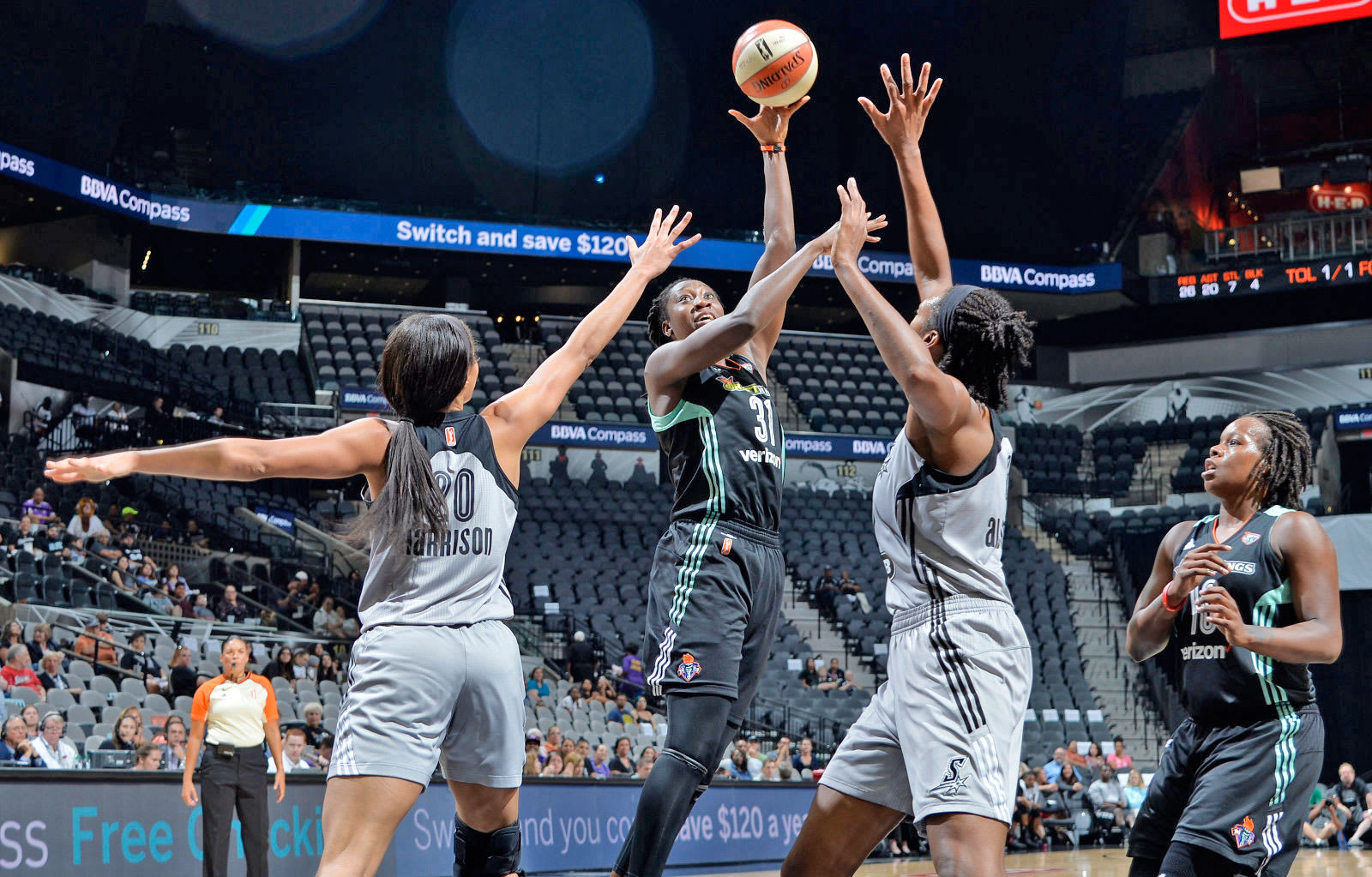 It looks like EA is finally getting the idea that women play sports and that video game fans want to see them in their sports titles. Since the video game company has women's soccer teams in soccer sim FIFA, it's now set to add WNBA teams and players to its NBA Live franchise, the latest of which launches on Xbox One and PlayStation 4 in September. This is the first time the official WNBA roster will appear in a video game.

NBA Live 18 will include WNBA Play Now, which lets you use official female teams and players in games. You won't be able to mix them in with the NBA players, however. According to EA, the teams and player skills have been balanced to "reflect the unique playstyle of the league and skills of its players." The development team at EA Tiburon scanned the heads of star WNBA athletes like Maya Moore, Brittney Griner, Diana Taurasi, Tina Charles, Sylvia Fowles, Alisha Gray, Chelsea Gray, Jonquel Jones, and Alyssa Thomas. Kelsey Plum, the 2017 WNBA Draft first overall pick, did some motion capture sessions, as well.

"We are extremely proud to partner with the WNBA and the Women's National Basketball Players Association (WNBPA) on this groundbreaking occasion," said EA's Sean O'Brien in a statement. "The WNBA is home to some of the most incredible athletes on the planet, and we've been working hard to integrate them into our game in an authentic and meaningful way. This is only a taste of what we have in store, and look forward to working with the league on more great integrations in the franchise in the future."

Source: EA Sports
In this article: av, EA, EASports, gaming, NBA, NBALive18, WNBA
All products recommended by Engadget are selected by our editorial team, independent of our parent company. Some of our stories include affiliate links. If you buy something through one of these links, we may earn an affiliate commission.