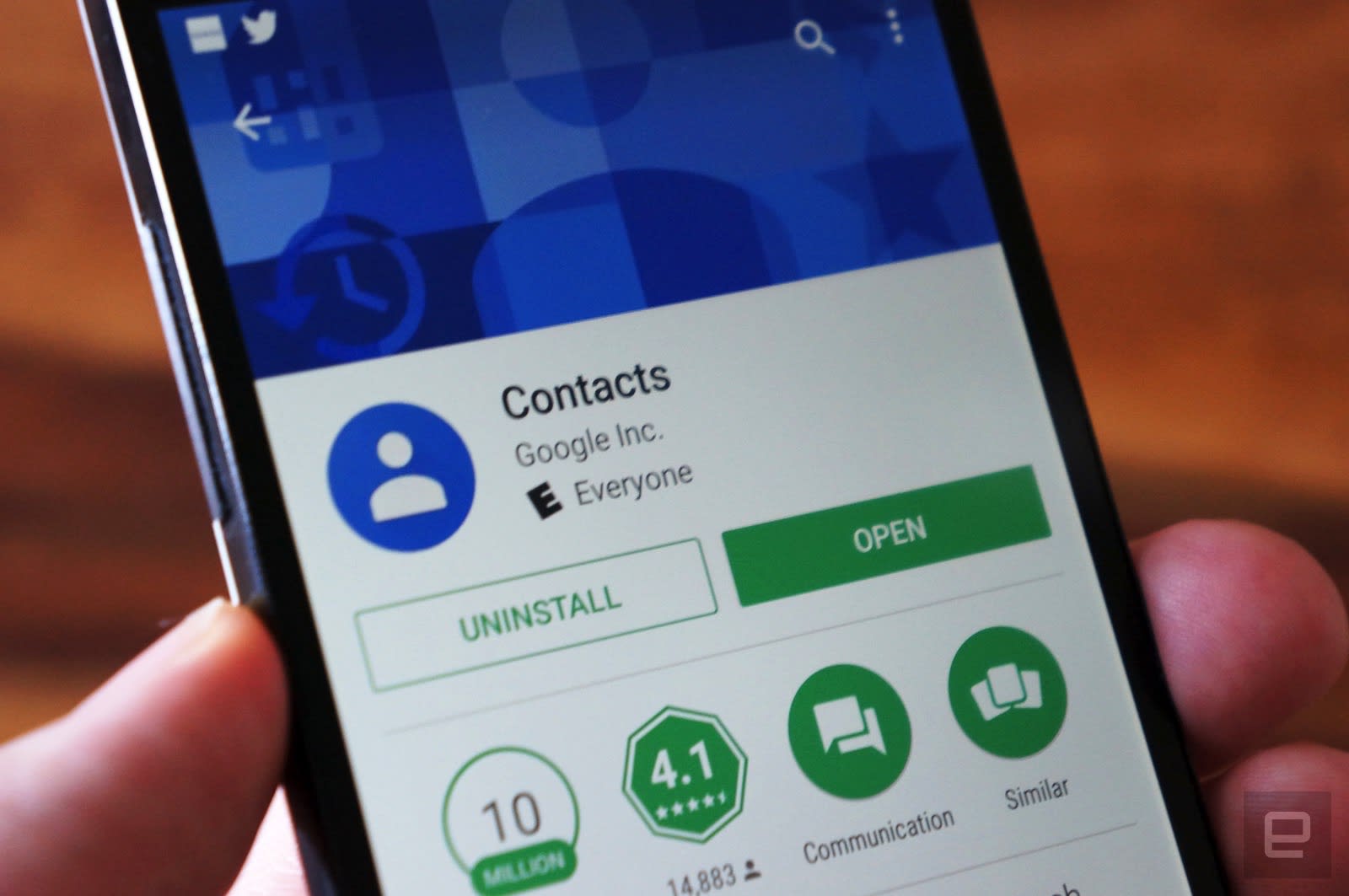 Until now, the only normal way to get Google's official, dedicated Android contacts app was to pick up a Pixel, Nexus or Android One phone. Many third-party apps could fill in the gaps, but it wasn't what Google had planned. However, you no longer have to turn to alternatives. Google has released Contacts on the Play Store for any device running Android 5.0 Lollipop or newer. If you're no fan of the contacts interface on your Galaxy S8, you can see how Google handles it instead.

The software is mainly helpful for its tight integration. It's potentially ideal if you have multiple Google accounts, since it's easy to switch between them. Contacts likewise gives you a consistent interface between your phone and the web, and it ties closely into third-party apps like Facebook. The most recent version has also added automatic suggestions for contact info and can merge duplicates. There's enough here that it might be worth giving Google's approach a try, even if it's just to confirm that you prefer another app.

Via: Android Police, 9to5Google
Source: Google Play
In this article: android, app, contacts, gear, google, internet, mobile, smartphone
All products recommended by Engadget are selected by our editorial team, independent of our parent company. Some of our stories include affiliate links. If you buy something through one of these links, we may earn an affiliate commission.