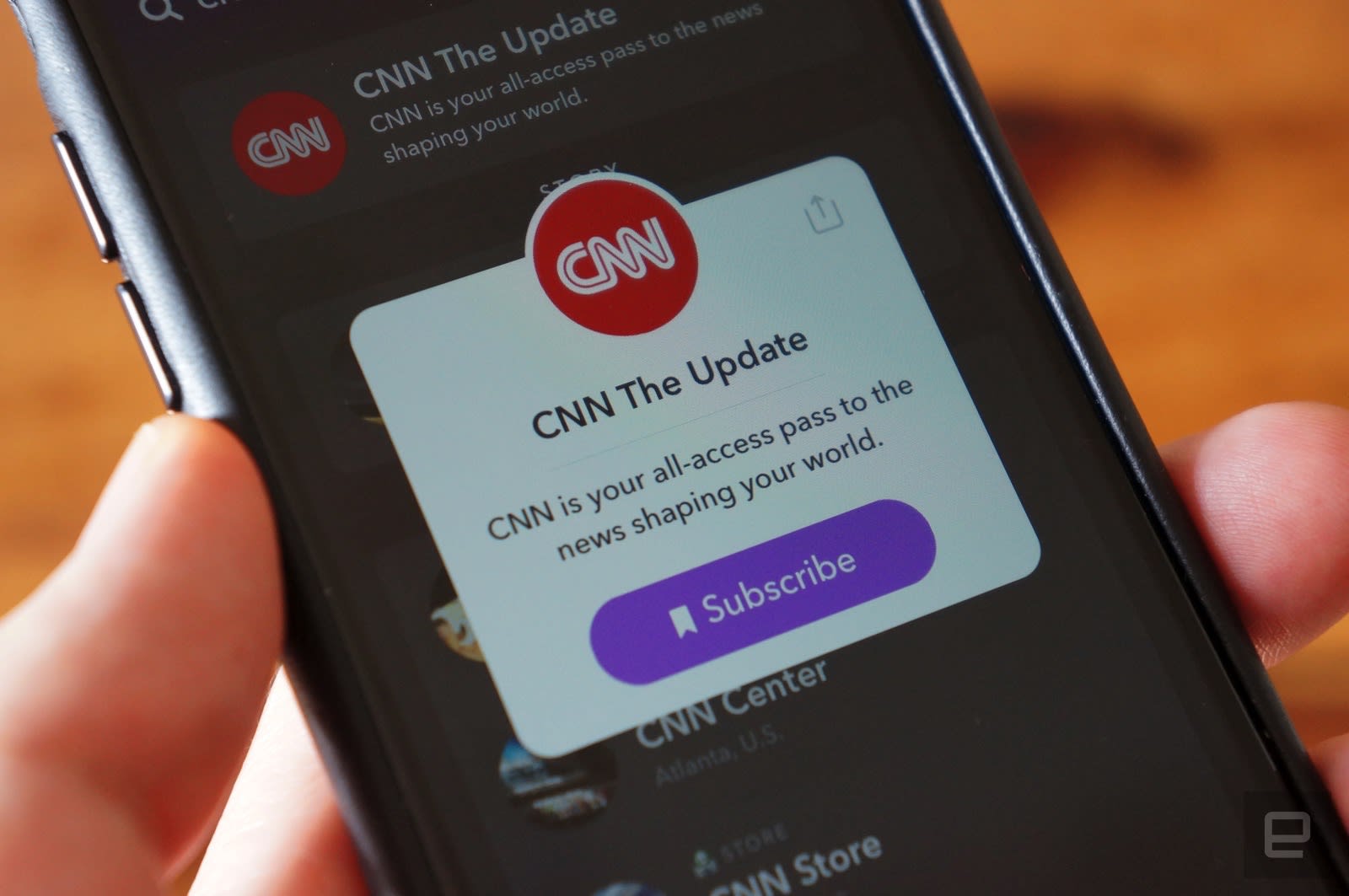 NBC isn't the only major US broadcaster hopping on the Snapchat daily news show bandwagon. CNN has launched The Update, a survey of events that will run in the Shows section of Snapchat's Stories at 6PM Eastern. Each regular episode will cover five or more stories in a quick, just-the-facts format. Logically, there will be out-of-cycle updates for breaking news. CNN's Snapchat news output has so far been limited to infographics and story links, so this is a much more concerted effort to court the mobile crowd.

CNN isn't shy about why it's making this move: it wants to tap into a "young audience" and start "speaking their language." To put it another way, the outlet is concerned that it might miss out on a generation that depends on its phones and rarely if ever watches TV to get their news. The Update isn't about to become a primary source of news, but it may keep CNN in people's minds at a time when viewing habits are changing rapidly.

This could be a big deal for Snapchat, too -- it's struggling to add more users as Facebook imitates many of its core features. If you're interested enough in news to keep returning to Snapchat on a regular basis, you may stick around for more of its content and, of course, the messaging that defined Snapchat in the first place.

Source: CNN
In this article: cnn, discover, gear, internet, mobile, news, snapchat, snapchatdiscover, socialnetworking, streaming, television, tv
All products recommended by Engadget are selected by our editorial team, independent of our parent company. Some of our stories include affiliate links. If you buy something through one of these links, we may earn an affiliate commission.