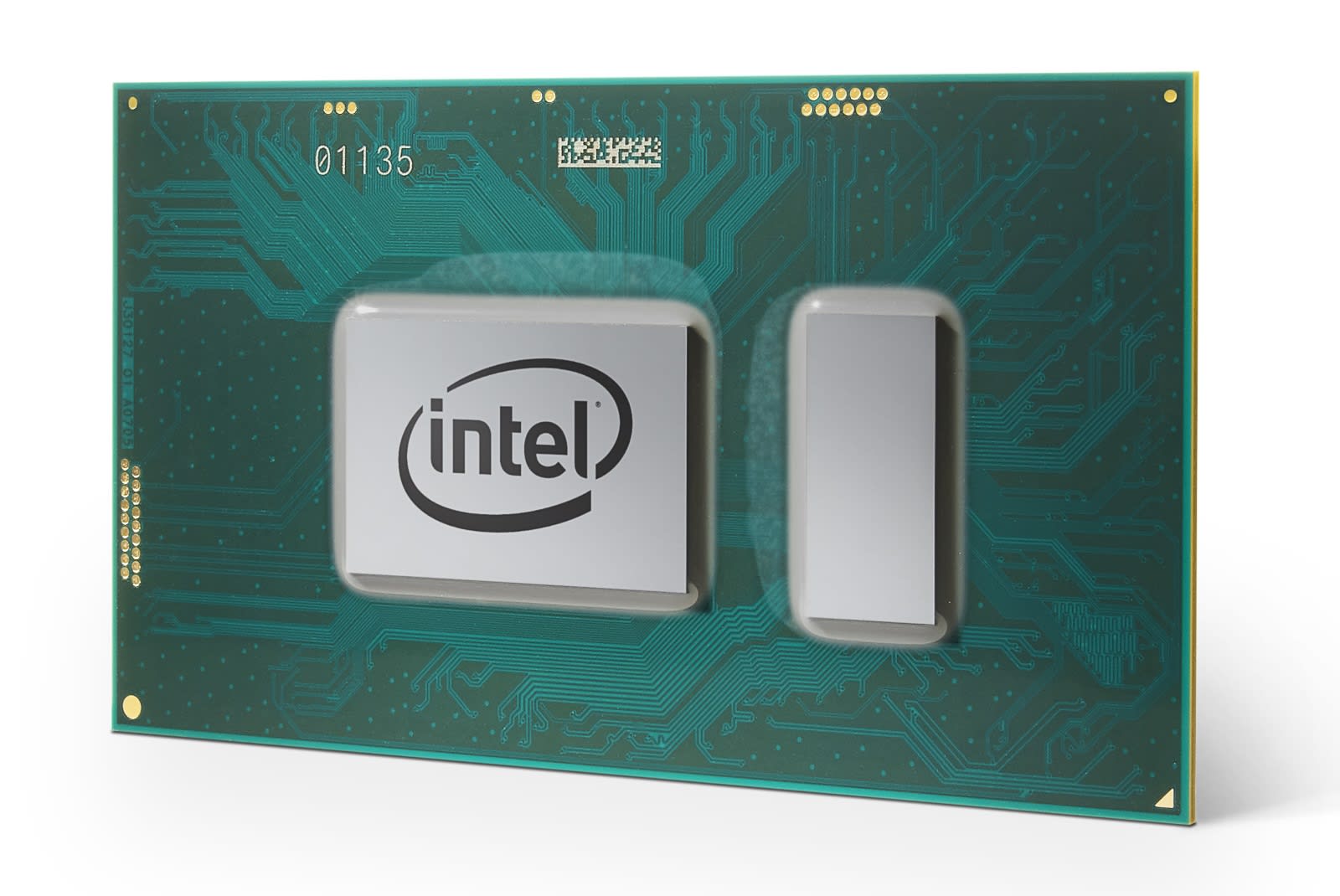 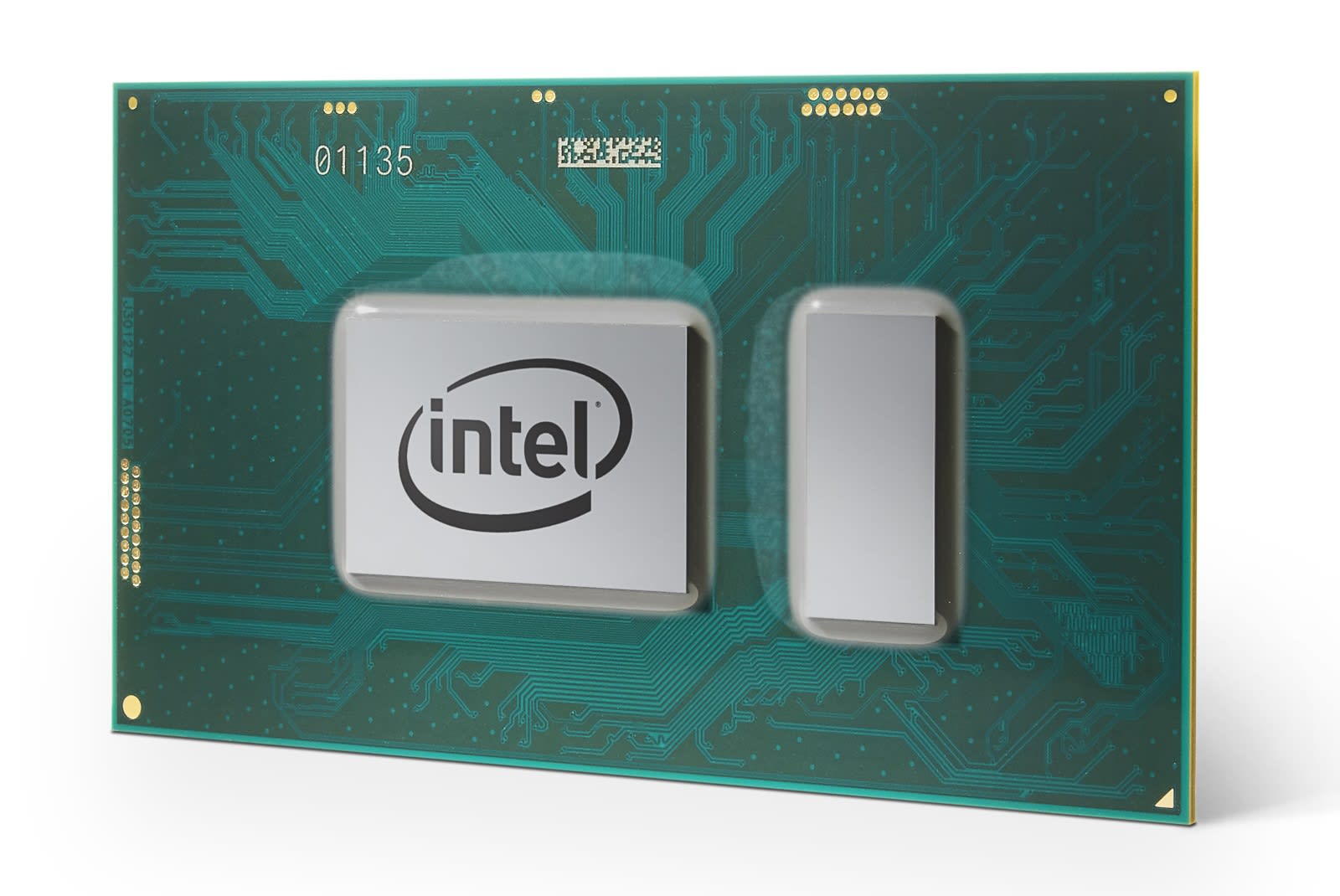 Earlier this year, we didn't expect much from Intel's eighth-generation Core processors. But at Computex in May, the company surprised us all by revealing they'll be 30 percent faster than last year's chips. That alone would have been notable, but now Intel is making an even bolder claim: They're actually 40 percent speedier. At least, that's the case for one of its laptop chips when running through the Sysmark benchmark. And when it comes to five-year-old computers -- the kind Intel expects the majority of consumers to upgrade from -- they're twice as fast at productivity tasks.

So how did Intel manage this feat? For the first time, it managed to cram four CPU cores into its U-series chips, which have typically been intended for ultraportable laptops and hybrid devices. To go quad-core with the company's previous chips, you'd have to step up to its H-series CPUs, which are designed for more performance-focused notebooks. Additionally, Intel managed to squeeze another 500MHz of Turbo Boost performance into the chips, allowing them to reach speeds up to 4.2GHz. Whereas last year's seventh-generation CPUs were focused on improving 4K performance, the coming offerings will feature far more raw performance. 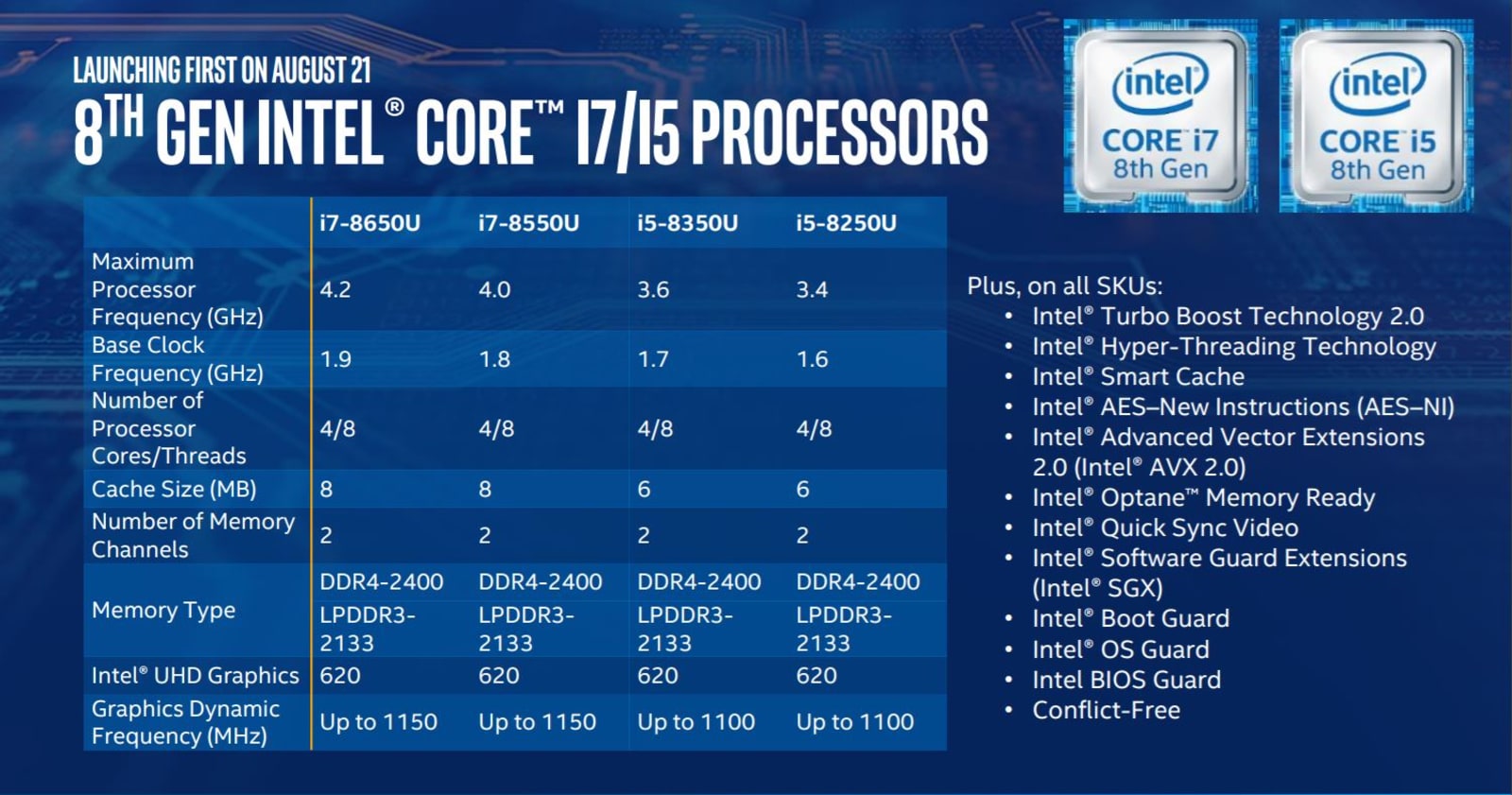 The eighth-generation Core family for ultraportables ranges from the i5-8250U, with speeds between 1.6GHz and 3.4GHz, and the i7-8650U, clocking from 1.9GHz to 4.2GHz. They're all quad-core chips, but as usual, you can expect better performance from the i7 lineup.

As for other notable stats, Intel claims the 8250U can encode a 4K video 14.7 times faster than a five-year-old PC running a comparable chip. In real-world terms, the eighth-gen chip converted the 4K clip in three minutes, compared with 45 minutes with its third-gen sibling. Unsurprisingly, then, the older your computer is, the bigger performance jump you'll notice.

Despite having more power under the hood, Intel says the new CPUs won't be a step backward when it comes to battery life. Unfortunately, there's nothing really pushing battery life forward, either. Its current benchmarks indicate that laptops running these chips should feature around 10 hours of battery life when playing 4K video. That's pretty much the same as before. To be fair, though, last year's chips also reclaimed some battery life with more efficient 4K performance.

Intel is basically following through with its typical game plan: Release a new batch of chips for ultraportables, and then ramp things up on the desktop end. With quad-core performance, we might finally be able to see ultraportable notebooks that can go toe-to-toe with last year's beefier machines. And the company continues to look ahead; during a private briefing, I got a chance to see a few device prototypes that looked nothing like PCs we have today. I can't say much about them, but overall, they made it clear that Intel isn't just planning to coast on traditional PCs forever.

You can expect the first batch of laptops with eighth-generation Intel CPUs in September. Desktop models will follow later in the fall. Looking ahead even further into next year, the company expects to release its first 10-nanometer chips as part of this generation as well.

In this article: 8thGen, CPUs, gadgetry, gadgets, gear, intel, personal computing, personalcomputing
All products recommended by Engadget are selected by our editorial team, independent of our parent company. Some of our stories include affiliate links. If you buy something through one of these links, we may earn an affiliate commission.