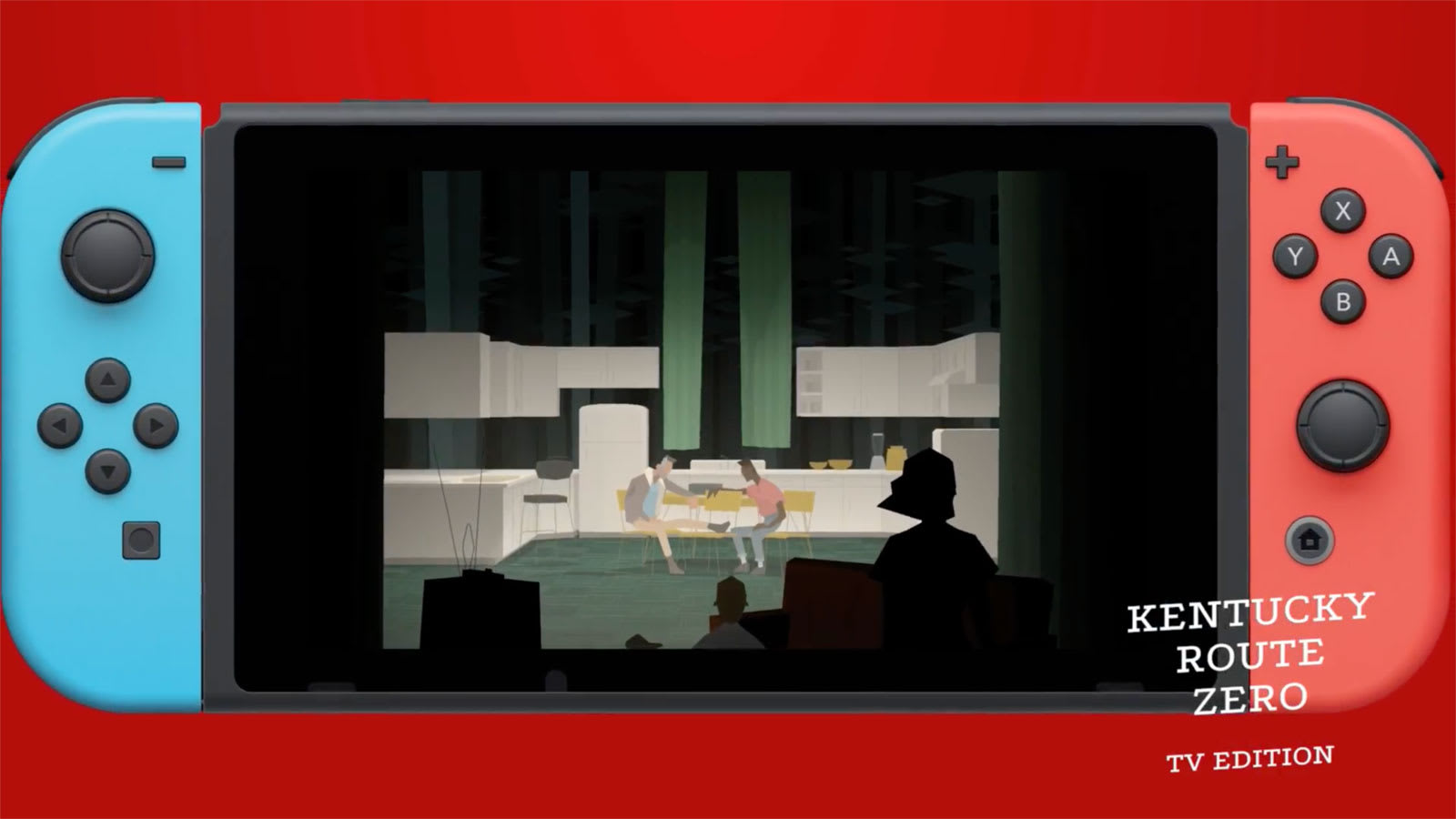 Believe it or not, there hasn't been a console version of the mysterious, narrative-driven Kentucky Route Zero since the first act arrived in 2013. Well, it's here... and you may have a good reason to get it even if you've played the adventure title to death on your PC. Cardboard Computer has revealed Kentucky Route Zero TV Edition for the PS4, Switch and Xbox One, and this new version will include the fifth and final act of truck driver Conway's strange journey. Yes, you can head to the living room to finish the story. It'll include all the supporting interludes, too.

The TV Edition arrives in early 2018. That's a while to wait, but it could be worthwhile if you've been sitting on pins and needles in the year since the fourth act arrived. It also speaks to the importance of consoles as havens for indie games -- they're now important enough that studios may premiere content on consoles first.

Update: We've learned that KRZ's fifth act will be available on Steam at the same time, so don't worry about looking on with envy if you don't have a console on hand. We've updated the article accordingly.

Source: PlayStation Blog, Xbox Wire, Nintendo (YouTube)
In this article: AnnapurnaInteractive, av, cardboardcomputer, gadgetry, gadgets, games, gaming, kentuckyroutezero, microsoft, nintendo, ps4, sony, switch, video, videogames, xboxone
All products recommended by Engadget are selected by our editorial team, independent of our parent company. Some of our stories include affiliate links. If you buy something through one of these links, we may earn an affiliate commission.