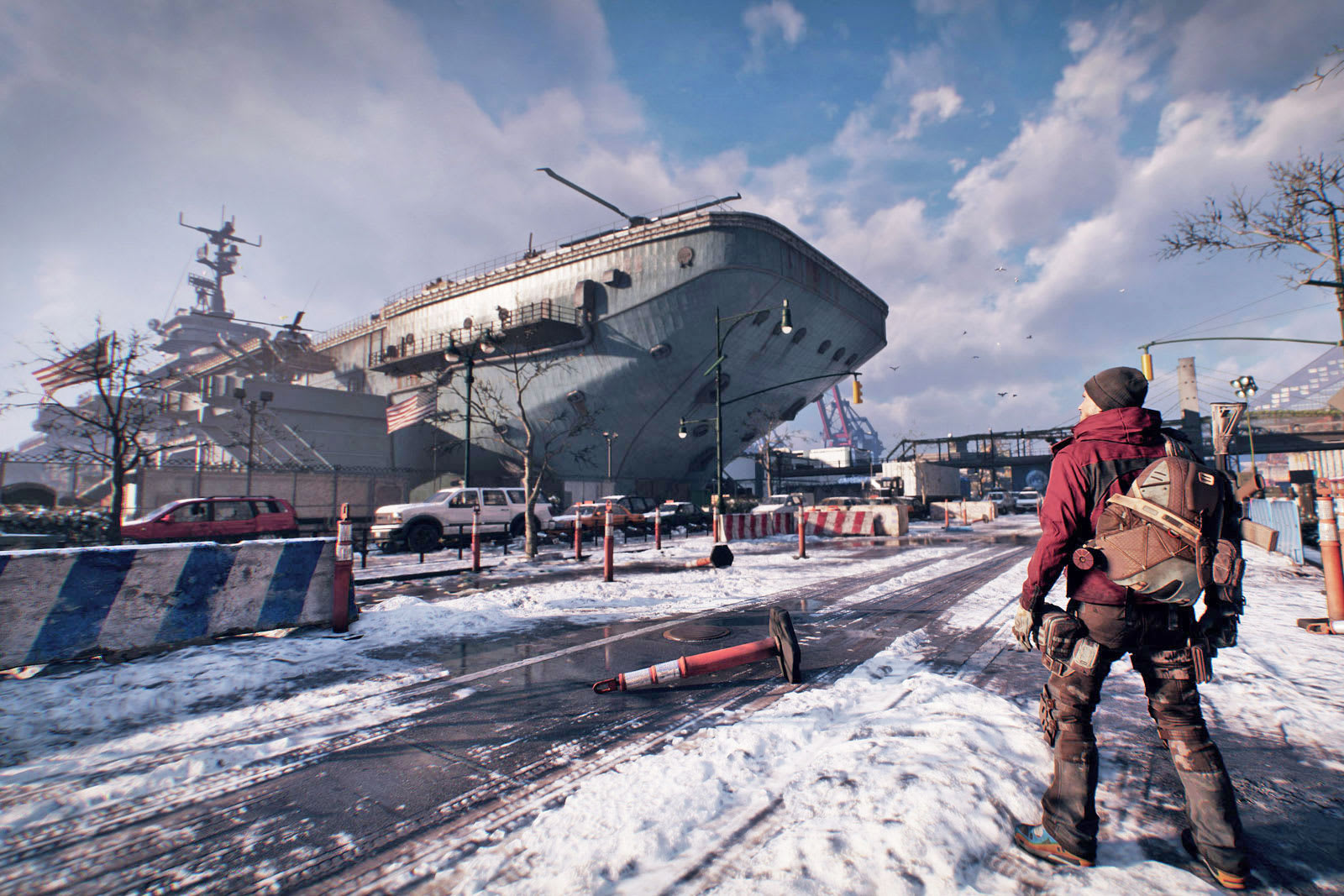 After spending much of the past year upgrading The Division's core gameplay and its player-versus-player content, Ubisoft is ready to turn its attention to fresh player-versus-environment material -- and that finally includes a new area to play in. The free Resistance update will add the West Side Pier, a two-zone map expansion that includes its own social space and unusual combat environments like the USS Intrepid. And importantly, this isn't just more of the usual AI grind. In a livestream, Ubi revealed that there will be frequent alerts for new events, short-term mini assignments (new ones will pop up every 15 to 20 minutes) and dynamic enemy spawning. If you finish those smaller tasks, you'll get the same Division Tech resources that you would normally have to earn in the PvP Dark Zone area.

The update will also add a namesake Resistance mode, which has up to four players taking on waves of enemies (read: it's a horde mode), as well as a four-on-four Skirmish that resembles a classic time-based multiplayer match, just with the requirement that you finish players off for your kills to count. Ubisoft plans to release the upgrade in the fall.

The addition could be welcome by loyal Division players who've been aching for more dramatic updates to the open-world title. There will be a strong incentive to keep coming back to the game even if you hate the Dark Zone. As Kotaku notes, though, there's a big problem: the awkward timing. Word of the Resistance update is coming just before the launch of Destiny 2 -- you know, that other shared-world shooter. The Division update is free to existing owners, but it may struggle to compete for attention when D2 is promising a fresh experience (especially for Destiny newcomers) and has a marketing juggernaut behind it.

Via: Kotaku
Source: Ubiblog, The Division (Twitch)
In this article: av, games, gaming, personal computing, personalcomputing, ps4, thedivision, tomclancy, tomclancysthedivision, ubisoft, video, videogames, windows, xboxone
All products recommended by Engadget are selected by our editorial team, independent of our parent company. Some of our stories include affiliate links. If you buy something through one of these links, we may earn an affiliate commission.