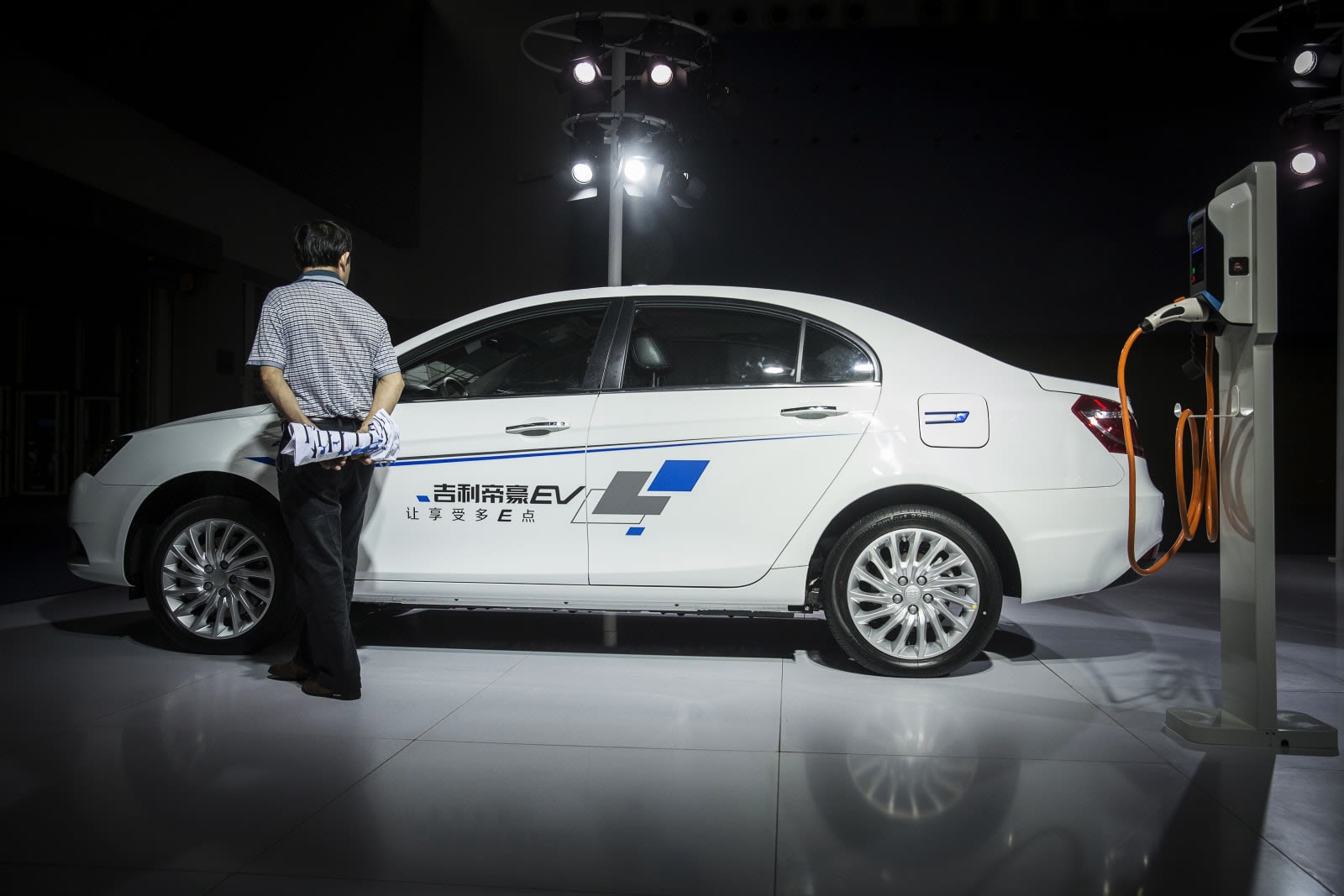 It's not just European countries planning long-term bans on fossil fuel cars. China's vice minister of industry and IT, Xin Guobin, has revealed that the country's government is developing a timetable for a ban on sales of fossil fuel vehicles. The official hasn't given a rough estimate for when a ban would kick in, but France and the UK are both aiming for 2040. It won't be surprising if China aims for a similar time frame, and it's already introducing a cap-and-trade program that forces companies to buy credits from rivals if their fuel economy and emissions don't fall within certain limits.

The move is as much about the economy as the environment. China is clearly grappling with severe air pollution, and taking gas-powered cars off the road could help when combined with a reduced dependence on coal power. However, a ban on those sales would also help the Chinese car market, which is quickly building a reputation for EVs through brands like Geely (which owns Volvo) and BYD. It would encourage foreign companies to collaborate with the Chinese, too, such as Honda's just-announced plans to release a China-specific EV in 2018. And crucially, banning sales of fossil fuel cars will cut oil imports, reducing China's dependence on other countries.

Whatever the motivations, the eventual ban is likely to have a tremendous effect on the automotive industry. Although China's ratio of car ownership is relatively low (about 1 in 5 people), the sheer number of people in the country makes it the largest car market on Earth, with about 290 million vehicles on the road as of 2016. Automakers may have little choice but to switch to EVs if they want to operate in China and compete with the world's biggest brands. In other words, it likely won't matter what politicians elsewhere believe about the environment -- China's shift could dictate a switch to EVs around the world.

Source: Bloomberg
In this article: car, china, environment, fossilfuels, gear, government, green, politics, regulation, transportation
All products recommended by Engadget are selected by our editorial team, independent of our parent company. Some of our stories include affiliate links. If you buy something through one of these links, we may earn an affiliate commission.