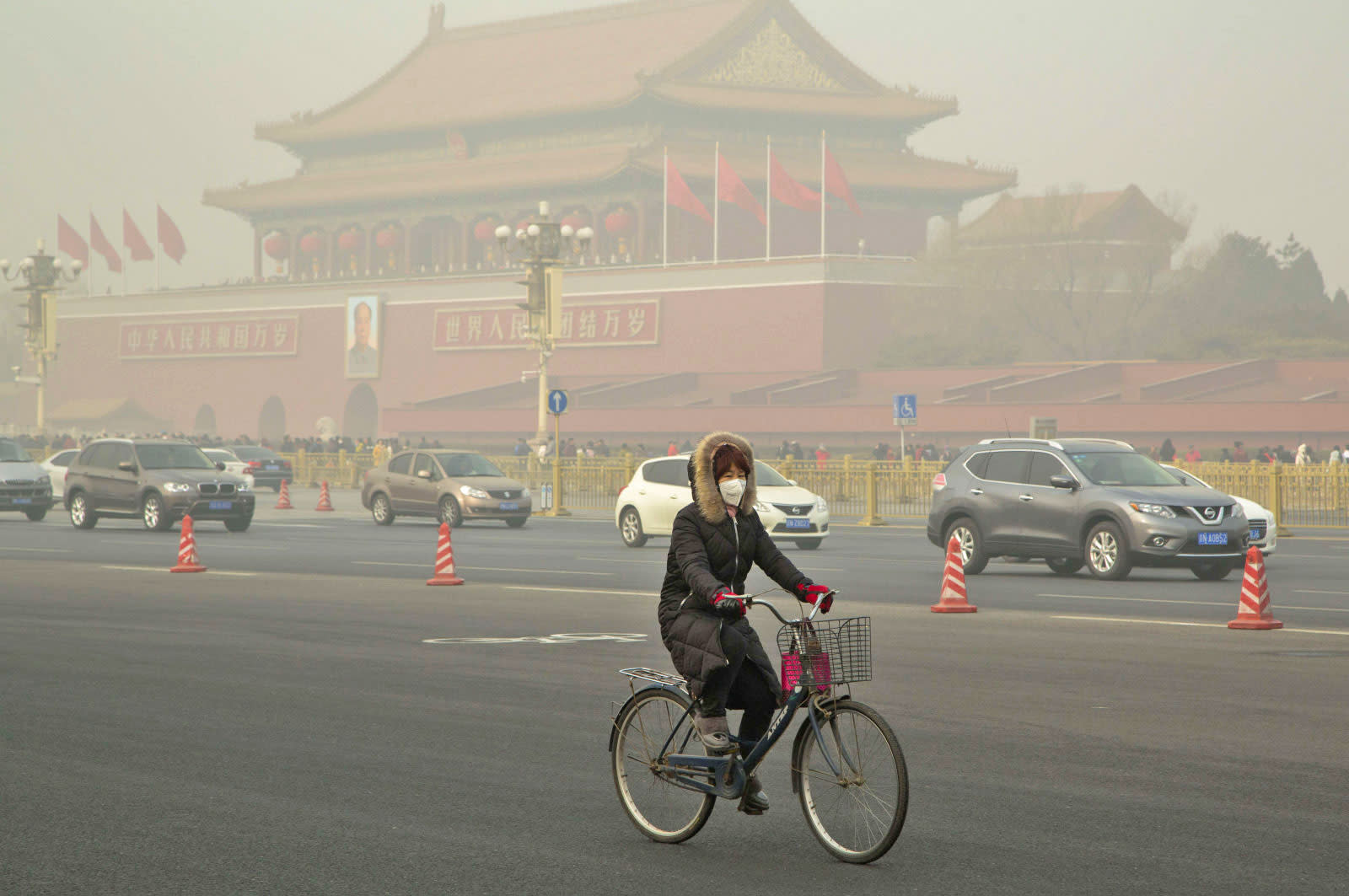 If you happen to be in northern China, your new year didn't exactly get off to a grand start -- and pollution is squarely to blame. Smog levels were serious enough that officials took drastic steps to curb emissions, shutting down large swaths of the transportation network. Tianjin, Beijing's major neighboring city, both closed highways and cancelled over 300 flights at its airport. Beijing itself, meanwhile, axed 126 flights and stopped all buses running to nearby cities. The current conditions are expected to last until Thursday, too, so many of these closures could last for a while.

The disruptions follow smog problems that hit much of northern China starting in mid-December. At the time, officials closed legions of factories and restricted car travel.

As Reuters notes, smog alerts are relatively typical in northern China, where the winter cold has coal power plants working hard to meet demand. However, the pollution this time around was definitely bad -- concentrations of harmful PM2.5 particles were about 50 times higher than World Health Organization guidelines. China has been eager to reduce pollution in recent years, but it's clear that existing efforts haven't been enough to prevent smog from causing serious disruptions.

In this article: china, emissions, environment, green, pollution, science, smog, transportation
All products recommended by Engadget are selected by our editorial team, independent of our parent company. Some of our stories include affiliate links. If you buy something through one of these links, we may earn an affiliate commission.