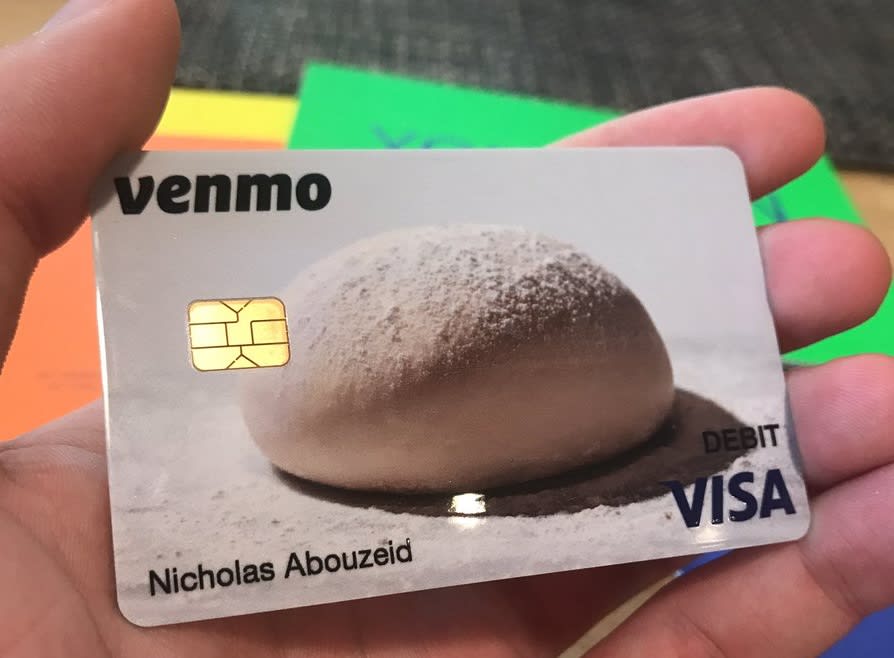 Venmo is inviting select users to try out new debit cards that deducts right from their account, TechCrunch reported. This is four months after rival payment service Square started trying out its own card (and two months after its public launch), so Venmo is a little late to the game, but apparently users are already getting their new payment plastic.

Venmo employees started testing out their own cards in July, Recode noted at the time. If you've been chosen to try out your own, a notification should pop up when you open the payment system's app. The cards work just like a normal physical debit card, and reportedly cost nothing to activate, just like Square's card.

The cards work just like the normal service, deducting from a backup source (like your personal bank) should you spend beyond your balance. The cards themselves are Visa Debit issued by Metropolitan Commercial bank by way of Shift Financial, according to TechCrunch.

It's unclear how quickly or widely the cards will be rolled out. When reached for comment, a Venmo spokesperson said: "We have started sending a limited number of beta invitations to test a physical Venmo card to some of our users. While we're excited to hear what people think, beta features are not guaranteed to see general release." Further, they emphasized that the "dough card" photo (above) was an in-joke reflecting the beta, not a final design or for general release.

Source: TechCrunch
In this article: DebitCard, payment, PaymentSystem, services, venmo
All products recommended by Engadget are selected by our editorial team, independent of our parent company. Some of our stories include affiliate links. If you buy something through one of these links, we may earn an affiliate commission.