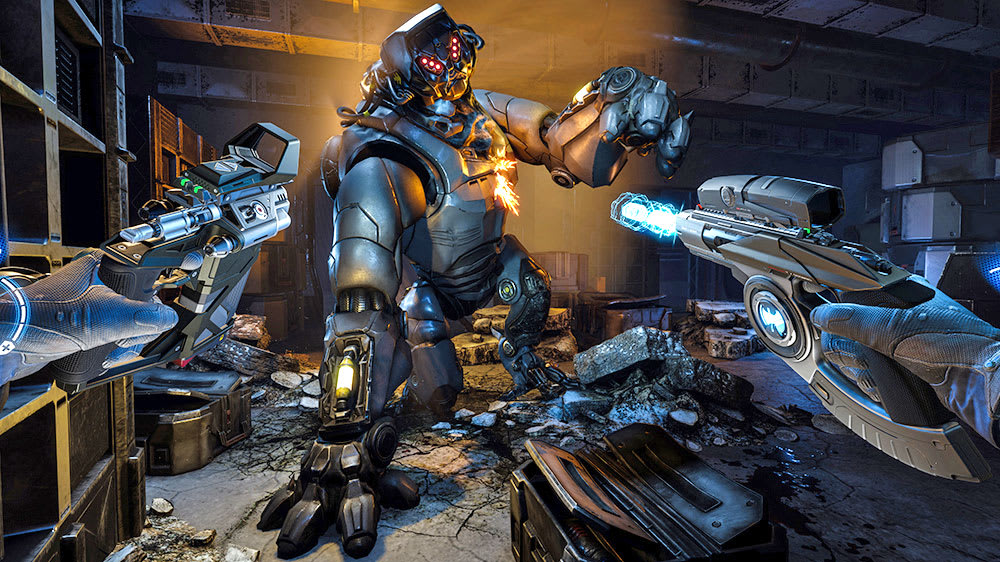 Oculus Rift's next big exclusive -- Arktika.1 -- from the team behind the Metro shooters will be released October 10th. That's right, over a full year after its debut at Oculus Connect 3, folks at home will finally be able to give the motion-controlled shooter from 4A Games a spin. Pre-orders are up and at least for now, the game is marked down 10 percent off its standard $29.99 price tag. And here you thought that all of today's news was going to be about $1,000 iPhones.

Source: Oculus
In this article: 4agames, arktika.1, arktika1, av, exclusive, gaming, oculus, oculusrift, oculustouch, preorder, touch
All products recommended by Engadget are selected by our editorial team, independent of our parent company. Some of our stories include affiliate links. If you buy something through one of these links, we may earn an affiliate commission.