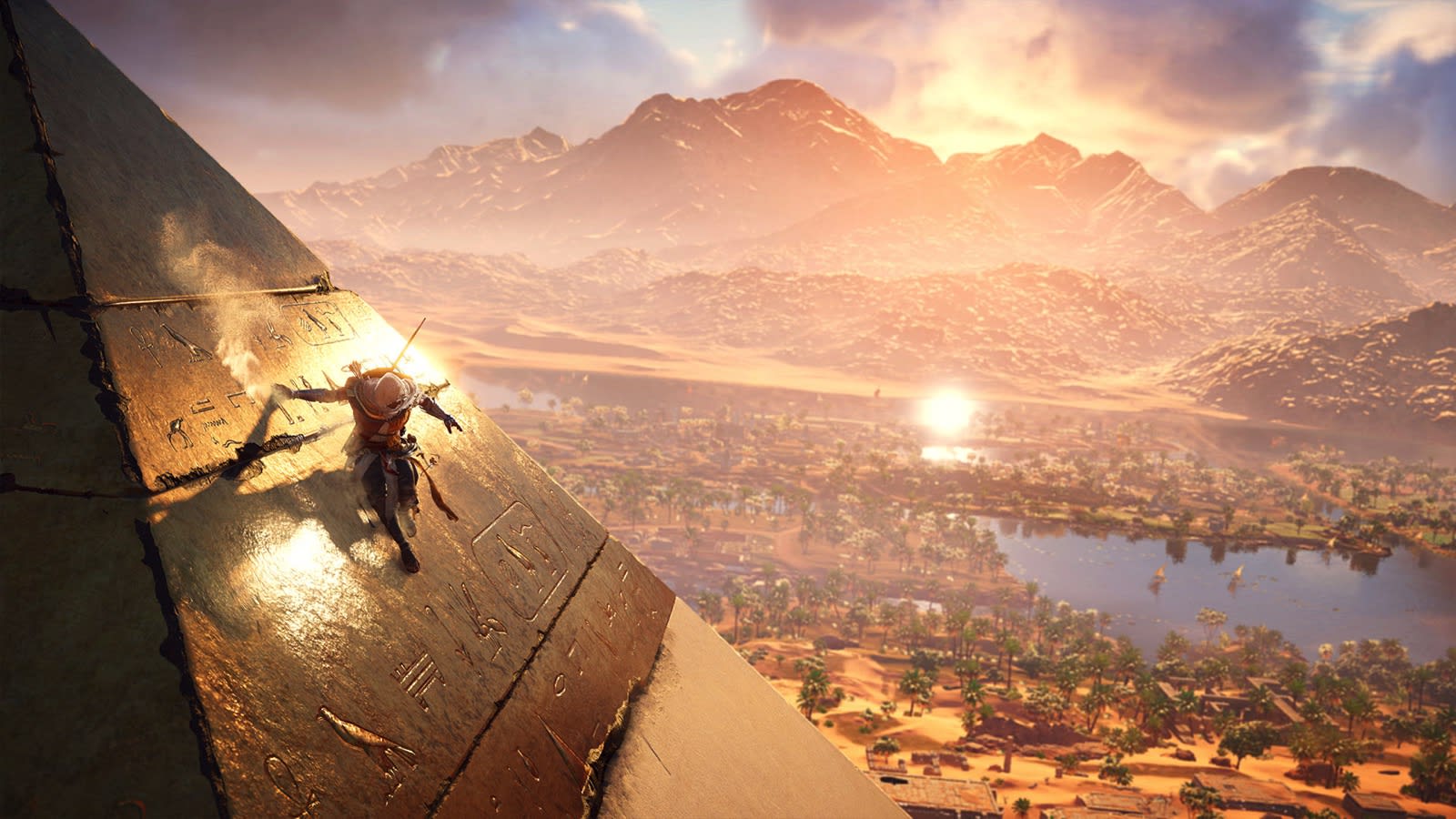 We got our first look at Assassin's Creed: Origins at E3 this past summer. The latest installment of the big-budget title from Ubisoft is set to release on all major platforms October 27th, and will feature ancient Roman and Egyptian settings brought to life in 4K (provided you have a console or PC and TV to handle that many pixels). The developer has just released a brand new trailer for the game that reveals a bit more about a shadowy yet powerful enemy, the Order of the Ancients.

The trailer reveals "the mysterious figures who seek the power of the ancient gods" with a dramatic voiceover. Apparently, this Order controls the Pharoah, which could mean that you'll have to assassinate the Egyptian leader before long. Or get rid of the Ancients; it's hard to tell from this quick look. The visuals are a treat; Ubisoft says it was made from "actual in game footage captured in 4K." The video references biblical plagues, shows off some Roman architecture, battling warships, war elephants and a crucifixion scene. And it's got plenty of dramatic shots of Bayek, this installment's protagonist assassin, jumping, climbing, spinning about and — of course — killing people. The title should release on Xbox One, PC and PlayStation 4 simultaneously.

Via: Polygon
Source: Ubisoft/YouTube
In this article: 4k, assassin, assassinscreed, assassinscreedorigins, av, games, gaming, ubisoft, video, videogame
All products recommended by Engadget are selected by our editorial team, independent of our parent company. Some of our stories include affiliate links. If you buy something through one of these links, we may earn an affiliate commission.