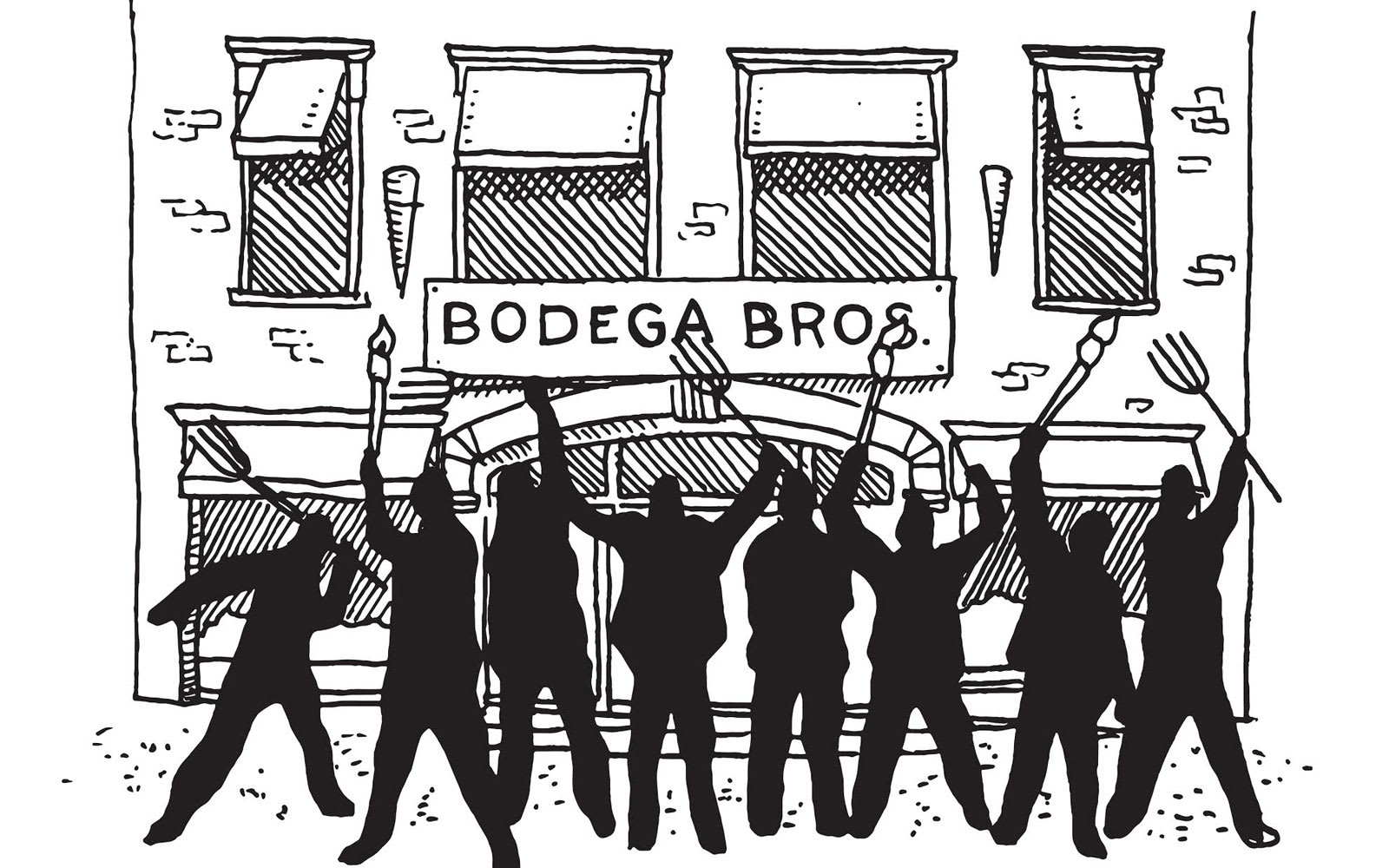 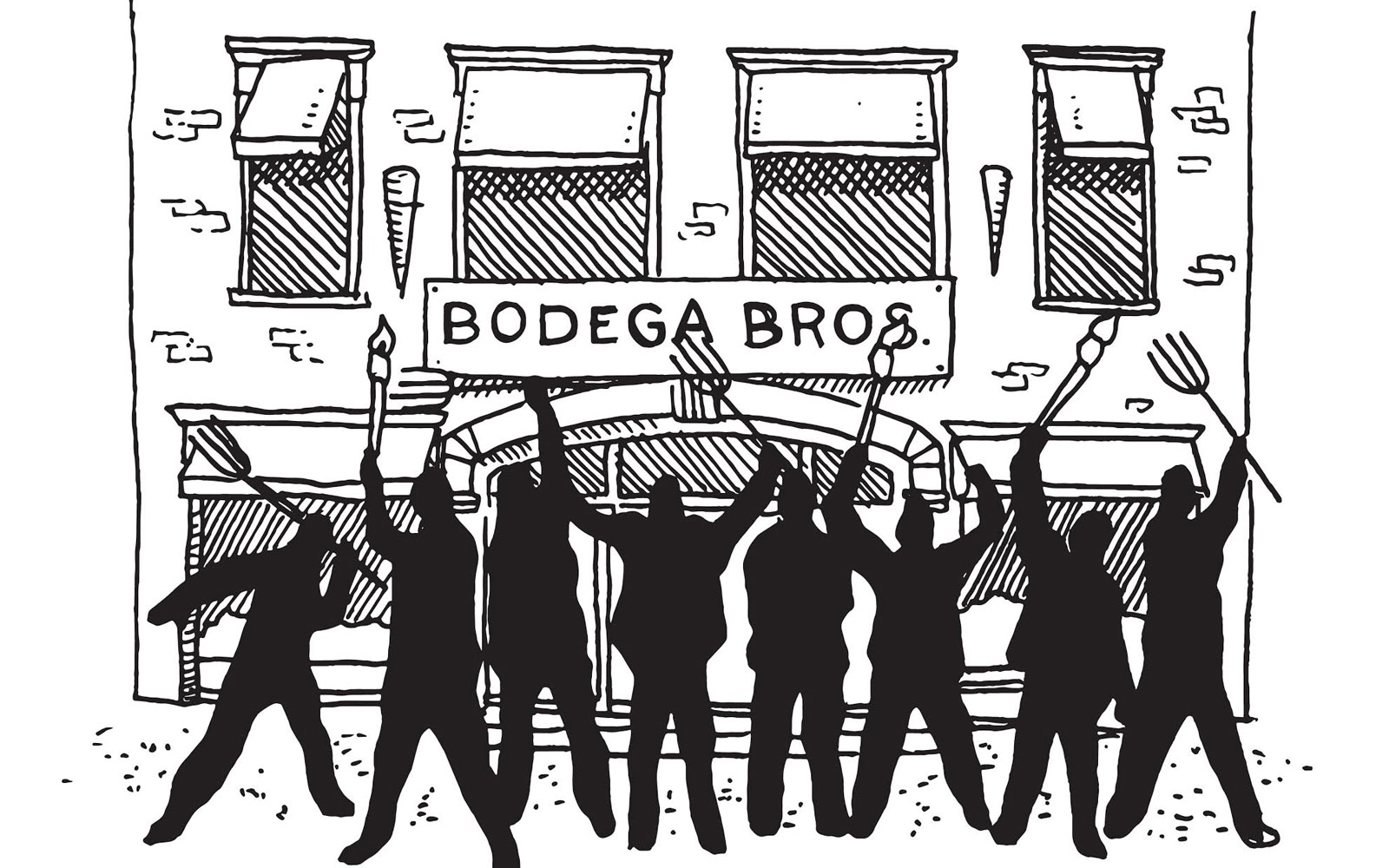 On Wednesday a story about two ex-Google employees receiving an obscene amount of money for a bad idea hit social media and was met with a level of outrage you could feel through the screen. If you're online in any way whatsoever, you likely know I'm talking about Bodega.

This fury is so crystallized because "Bodega" -- an overfunded, probably doomed, glorified vending machine startup positioned as a bodega killer -- stands for everything Silicon Valley represents to us. Whereas in reality, the very concept of a bodega stands for the absolute opposite of Silicon Valley.

It's almost like someone said "Siri, show me why everyone hates and fears the things wearing human suits known as techies."

Piles of money for trivial garbage

Bodega isn't just an offensive idea, it's an idea so bad and obviously worthless it's maddening. Part of the visceral backlash was directed at the bourgeois wastefulness of the whole startup ecosystem, of which we are all angrily exhausted.

People who shop at the same Bay Area corner stores that Bodega wants to eliminate, like me, aren't worried about any problem the startup wants to solve. We're fretting about paying rent, affording health insurance, and the extreme gap between Bay Area's rich and poor created by local tech companies that's making the homeless problem a third world nightmare in our streets. A world in which Bodega gets a truckload of cash to almost literally burn right before our eyes.

About a year ago, McDonald and Rajan secured funding from notable investors to launch the concept, including Josh Kopelman at First Round Capital, Kirsten Green at Forerunner Ventures, and Hunter Walk at Homebrew. They also secured angel investment from senior executives at Facebook, Twitter, Dropbox, and Google.

According to TechCrunch, the startup's first financing round was a cool $2.5 million.

No, instead of all the money that could help the Bay Area's crushing homeless problem (and serve as models for other cities if done well), or help other worthy tech causes like Hack The Hood, we get Silicon Valley's "best and brightest" reinventing the vending machine in the most dystopian, community-destroying way imaginable.

You can almost see the pitch meeting. One VC remarks to another, "You think that's crazy? Hold my Juicero."

Deeper outrage was directed at the hubris, ignorance, and privilege it takes to want to make a business out of replacing the cornerstones of community known on the East Coast and parts of Los Angeles as bodegas.

The idea of the Bodega product is to remove human contact from the neighborhood shopping equation, to do away with the actual bodega. "The vision here is much bigger than the box itself," McDonald told Fast Company. "Eventually, centralized shopping locations won't be necessary, because there will be 100,000 Bodegas spread out, with one always 100 feet away from you."

Right after the Fast Company article came out, the Association for Neighborhood and Housing Development in New York issued a statement. "The awful irony of naming the company 'Bodega' after the very brick and mortar institutions they aim to displace, to say nothing about the cat their logo is based on that will similarly be displaced, is offensive, utterly misguided, and frankly disrespectful to New Yorkers," it wrote. 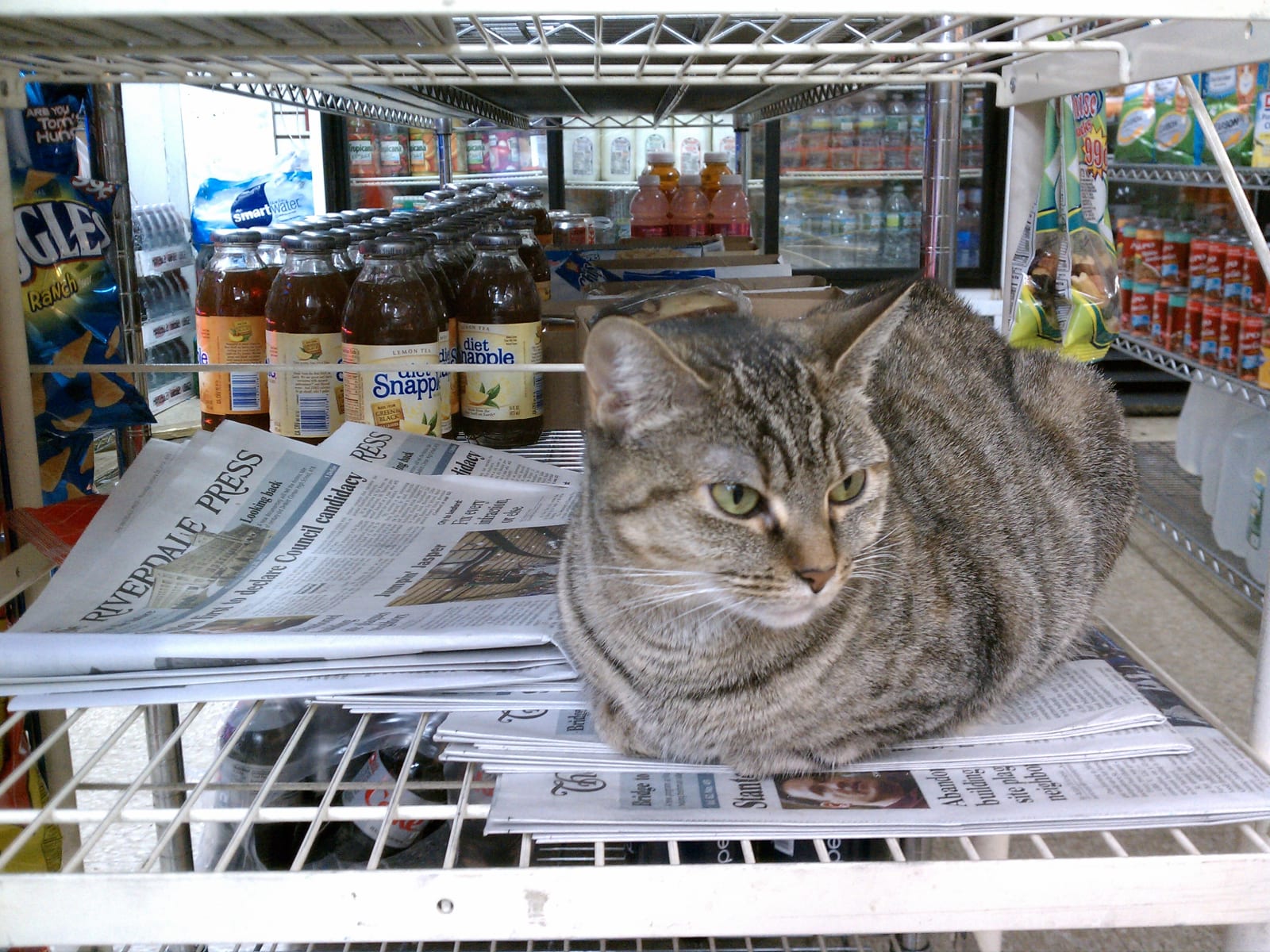 Until the backlash hit, Bodega seemed fine with everything written about it killing corner stores and appropriating the bodega name. The Fast Company article that got all the attention was a really well-done piece and had confronted CEO and co-founder Paul McDonald. In it, Elizabeth Segran wrote, "I asked McDonald point-blank about whether he's worried that the name Bodega might come off as culturally insensitive. Not really." He told her in response, "I'm not particularly concerned about it."

When it became clear that replacing bodegas with a box wasn't a great selling point -- nor was naming the company after the thing it seemed keen to undercut -- McDonald shot out a backpedaling apology.

In contrast to his brush off about the issue of co-opting "bodega" to Fast Company, McDonald wrote:

When we first came up with the idea to call the company Bodega we recognized that there was a risk of it being interpreted as misappropriation. We did some homework — speaking to New Yorkers, branding people, and even running some survey work asking about the name and any potential offense it might cause. But it's clear that we may not have been asking the right questions of the right people.

Regarding the headlines echoing McDonald's quote about Bodega's aim to eliminate the necessity of stores he wrote, "Challenging the urban corner store is not and has never been our goal."

Then the clicks and whirrs of a robot that had only learned about corner stores from a machine learning algorithm kicked in as McDonald continued:

Corner stores have been fixtures of their neighborhoods for generations. They stock thousands of items, far more than we could ever fit on a few shelves. Their owners know what products to carry and in many cases who buys what. And they're run by people who in addition to selling everything from toilet paper to milk also offer an integral human connection to their patrons that our automated storefronts never will.

Can you imagine handing your bank details to these clowns? Or trusting them to make the right decisions about audits and security, or your home address and third parties, or ... any Google, Facebook, Uber -- any major company's products -- that affect millions of users every day?

Maybe there was a point in time when we could, but I don't remember it. Every day seems to bring a new terrifying (and insulting) reason to distrust Silicon Valley's companies and eager little startups. Which is probably because, like with Bodega, they're all founded, operated, funded, and secured by the same kinds of people.

I think we're morbidly fascinated with who the people behind these tech companies are, the ones making huge decisions about our lives (and our security and privacy). They create and gatekeep the technologies that arbitrate our relationships and our communities. These are the people who are shaping our future, and yet we end up with over-engineered, pricey juice presses and vending machines.

Paul McDonald served as a product manager at Google for 13 years. His partner Ashwath Rajan was an associate product manager at the company for just over a year. In case you're not sure what that means, a Google Product Manager shepherds to completion new products and features that impact the lives of millions of users every day.

McDonald and Rajan have been testing out their Bodega Boxes at 30 locations around the Bay Area since late last year, placing the bespoke toilet paper vending machines in what we must assume are crime-free (read: upper class) apartment lobbies and offices.

Bodega is not unique in any way. Remember SceneTap, the facial recognition startup for telling its app's users how many women were in a bar at any given time? They tried to launch in San Francisco. To their surprise, but no one else's, the backlash was huge.

I can't imagine a solution for the Bodega problem, mostly because of the fact that it exists at all. 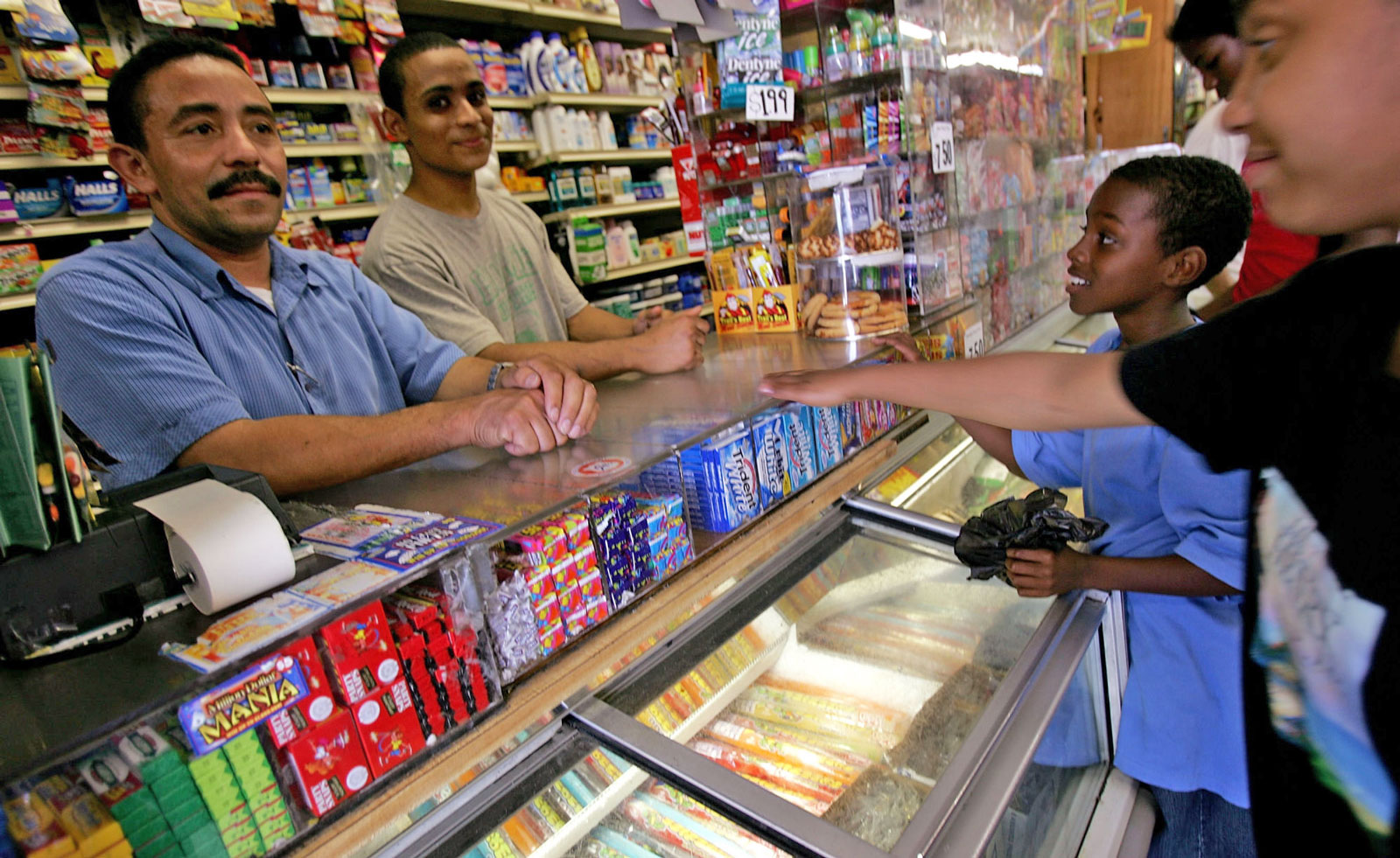 Here in the Bay Area, where these ex-Googlers got their pedigrees to formulate and pitch their startup, we don't actually call them bodegas. We call them "corner stores." This little detail is even more conspicuous when you consider that Paul McDonald says he has not lived in New York.

Which is why even just the startup's name "Bodega" told us locals and natives -- the involuntary first-wave recipients of Silicon Valley's fucked up experiments with our lives -- all we needed to know.

In this article: badpassword, Bodega, business, editorial, facebook, google, NewYorkCity, opinion, politics, services, SiliconValley, startups, TechBros, tomorrow, VC
All products recommended by Engadget are selected by our editorial team, independent of our parent company. Some of our stories include affiliate links. If you buy something through one of these links, we may earn an affiliate commission.