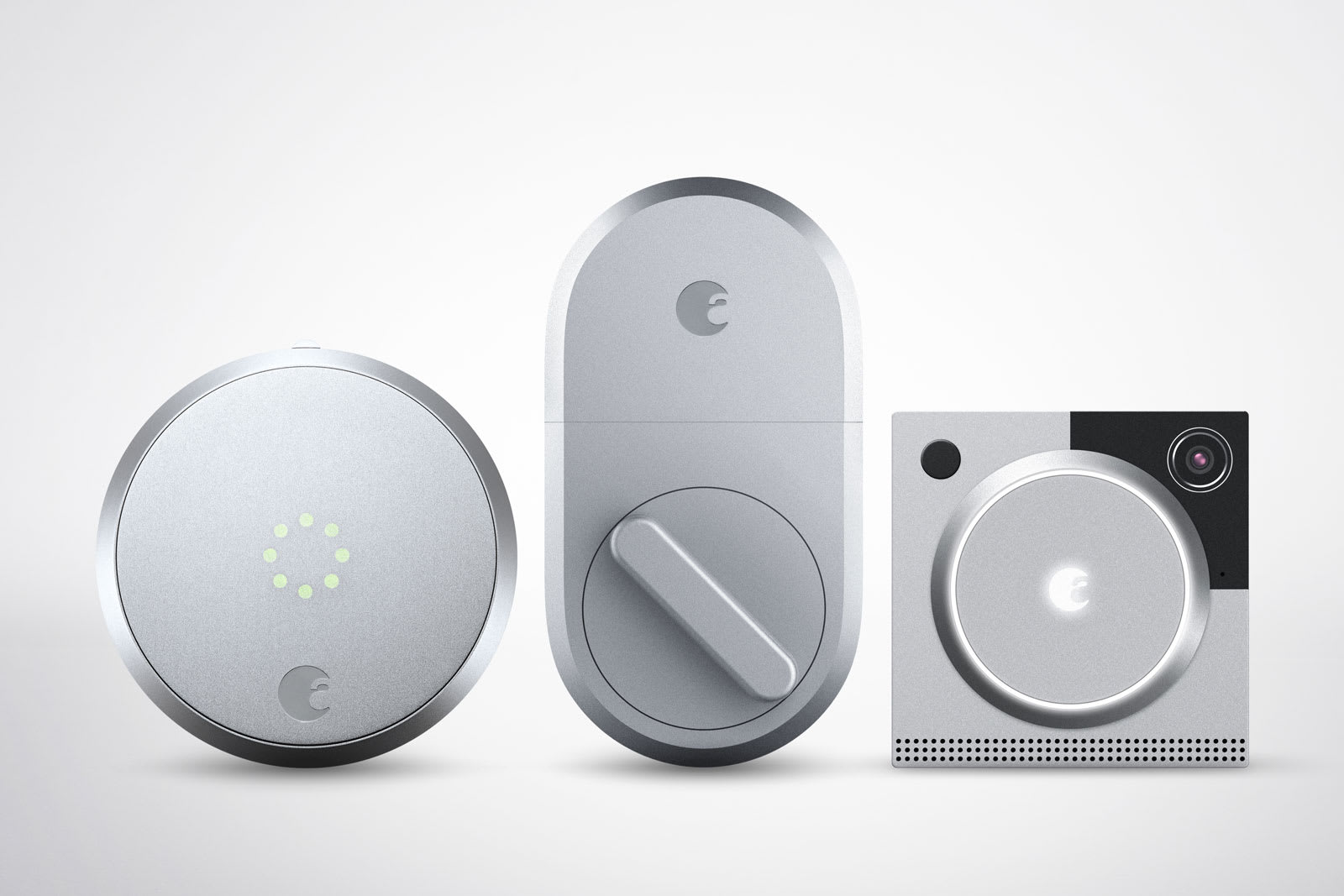 If you've lived on this planet long enough, you've probably had that moment where you thought you'd closed the door on your way out, only to find out that it didn't quite shut. But how are you supposed to know if no one's at home to tell you, and even many smart locks won't fill in the gap? August Home thinks it has the answer. It's introducing two new locks, a lower-cost August Smart Lock (shown at center) and the August Smart Lock Pro (at left), that include a sensor to determine whether or not the door is really closed. If it's ajar and the deadbolt didn't engage, you can find out through your phone instead of having to return home.

The differences between locks come down to connectivity. The $279 Smart Lock Pro is the full-featured, familiar-looking model with support for WiFi (through a bundled Connect bridge), Bluetooth, HomeKit and Z-Wave Plus. The regular Smart Lock, meanwhile, has a new, no-frills design that drops the starting price for a lock from $179 to $149. Both locks still carry signature tricks like auto-unlocking and virtual guest keys, and they're available right away.

August isn't leaning solely on locks, though. It's also trotting out the August Doorbell Cam Pro, which upgrades the company's existing doorbell camera with a built-in floodlight (to offer color footage at night) and a video buffer that captures the few seconds leading up to a motion trigger, so you'll see the full context of what's happening -- you'll see that delivery driver walking up to the door, not just when he's ready to leave. You should also see better video quality. The Doorbell Cam Pro doesn't ship until October 10th, but its $199 price is the same as the earlier standard model. As such, you might as well spring for the Pro if you're a first-timer or don't like the lock you have now.

Source: August Blog
In this article: august, augustdoorbellcampro, augusthome, augustsmartlock, augustsmartlockpro, doorbell, doorbellcampro, gear, home, lock, securitycamera, smartlock, smartlockpro, video
All products recommended by Engadget are selected by our editorial team, independent of our parent company. Some of our stories include affiliate links. If you buy something through one of these links, we may earn an affiliate commission.