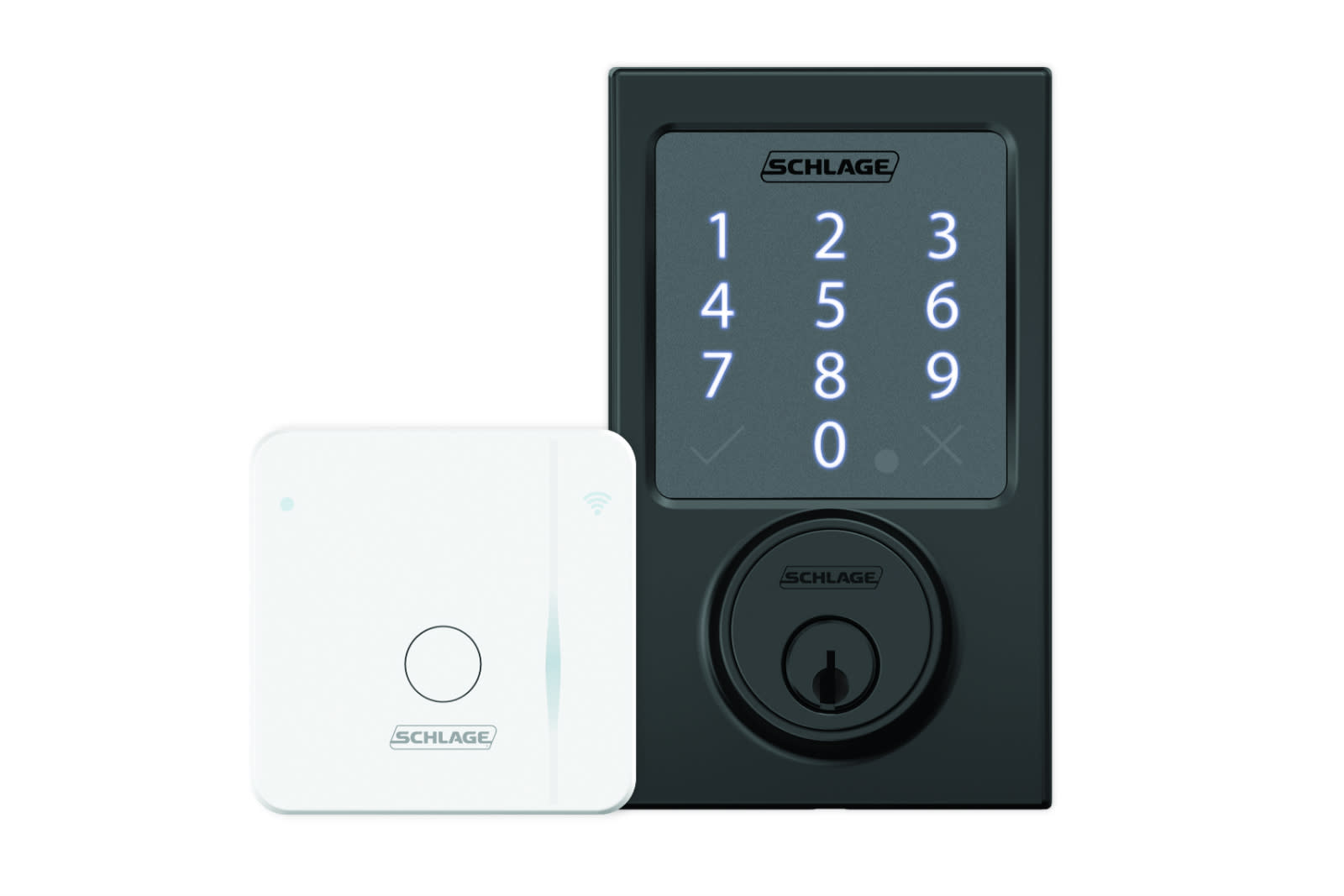 Android users in search of a smart lock now have another option available to them. On top of its existing iOS (and HomeKit) support, Schlage is adding compatibility for Google's OS to its top-of-the-line Smart Deadlock. That's not all, if you're willing to fork out an extra $70 you can also grab the company's new Sense Wi-Fi adapter, allowing you to control the smart lock from anywhere.

It's taken a couple of years for Android compatibility to arrive on Schlage's door securer. In the meantime, a bunch of competitors have swooped in to steal its thunder. There's August Home's Smart Lock ($199), which works with Siri, Alexa, and Google Assistant. And, Friday Labs' $249 crowdfunded device also boasts the iOS and Android sync-ups. But, Schlage is hoping you'll choose its $229 Smart Deadbolt based on its company credentials -- it's been in the hardware game for close to 100 years.

Then again, if you're only interested in what the device can do, then pay heed: the Smart Deadbolt lets you create up to 30 unique access codes. You can schedule these codes, so uninvited guests can't just waltz in if they were previously granted access. Past activity is also available -- and all this via the lock's dedicated app. Now, with the new Sense Wi-Fi adapter, you can lock the door remotely. So, if you're one of those paranoid people that always thinks they've left the door unlocked, all you have to do is open the app and check the lock's status. Both devices are available from online retailers and in stores.

In this article: android, gear, home, homekit, ios, schlage, SchlageSense, SmartHome, SmartLock, smartlocks
All products recommended by Engadget are selected by our editorial team, independent of our parent company. Some of our stories include affiliate links. If you buy something through one of these links, we may earn an affiliate commission.