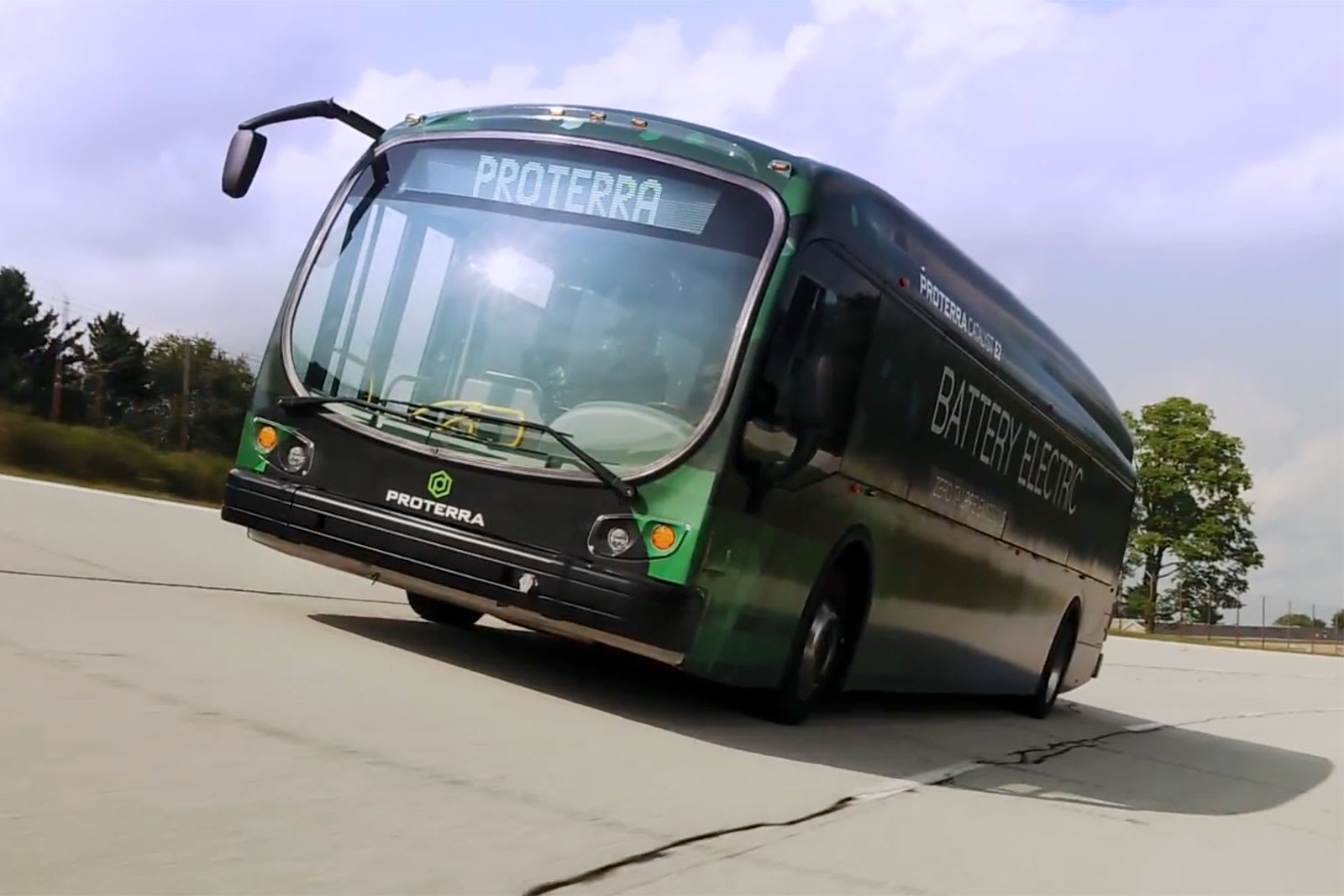 Think it was impressive when a Tesla club drove a Model S nearly 670 miles? It has nothing on what Proterra just managed. The startup just drove a Catalyst E2 Max electric bus a whopping 1,101.2 miles on a single charge. That's the furthest any EV has managed before recharging, and well past the 1,013.8 miles driven by the previous record-holder, a one-seat experimental car nicknamed "Boozer." It's not hard to see how Proterra managed the feat when you know about the technology, but this still bodes well for eco-friendly public transportation.

Not surprisingly, a bus can hold a much larger battery than just about any regular car. The Catalyst E2 Max carries 660kWh, or nearly nine times the capacity of a 75kWh Tesla Model S. Also, Proterra was driving in optimal conditions, with no passengers, no stops and a gentle test track. It'd be another story with a fully-laden bus wending its way through a city.

Even so, that kind of range is very promising. In many cases, it could likely handle a long bus route for several hours -- it might only need to recharge at the end of a driver's shift. While it could take an hour or more to top up even with Proterra's fast charging system, bus drivers are no strangers to changing vehicles. The first E2 series buses are due to reach Los Angeles streets later in 2017, so it might not be long before you can witness this longevity first-hand.

Via: Ars Technica
Source: Proterra
In this article: bus, catalyste2max, electricbus, electricvehicle, ev, gear, green, masstransit, proterra, PublicTransportation, transportation, video
All products recommended by Engadget are selected by our editorial team, independent of our parent company. Some of our stories include affiliate links. If you buy something through one of these links, we may earn an affiliate commission.