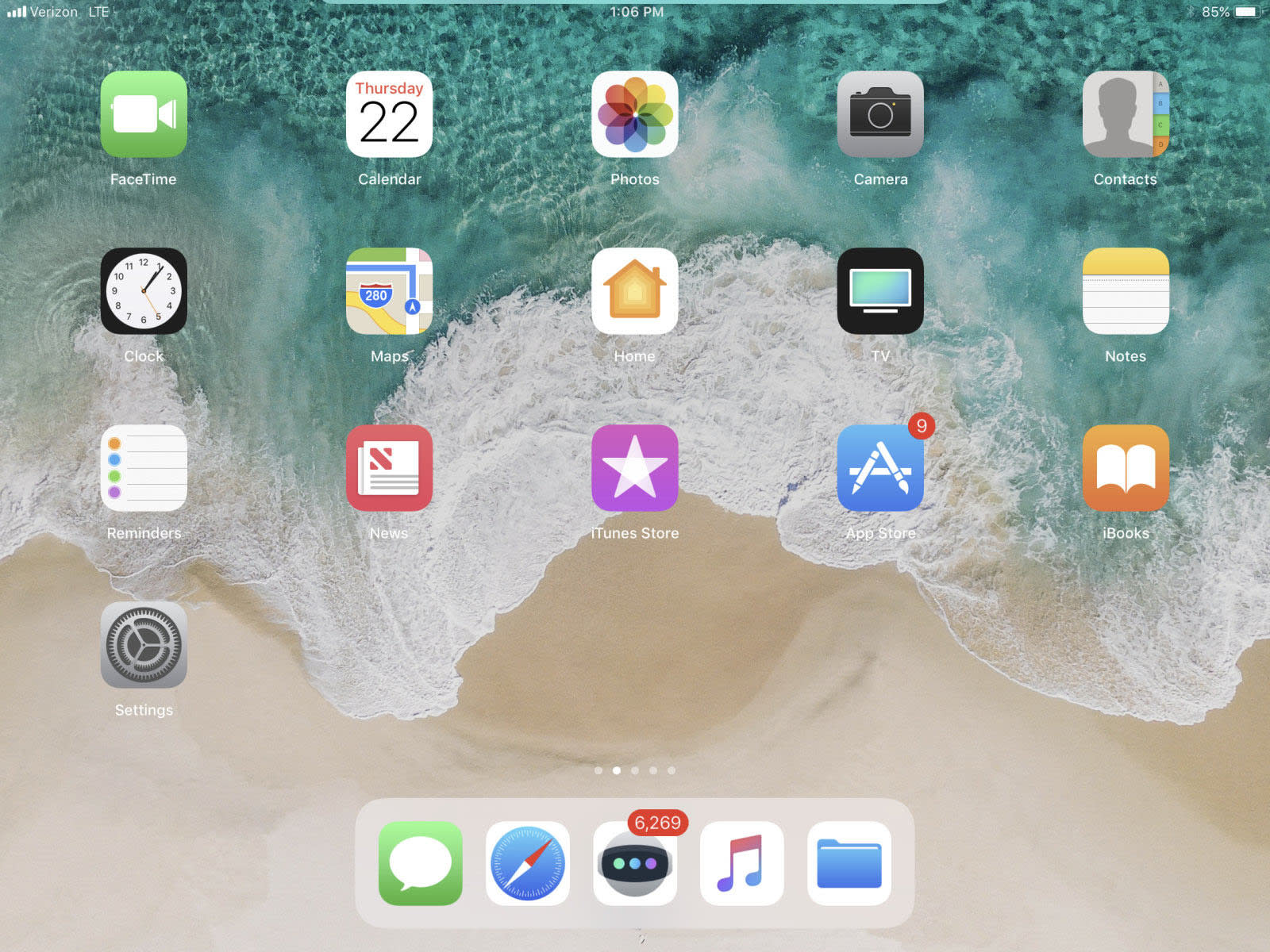 With multitasking, ARKit and more AI smarts, iOS 11 is one of Apple's biggest iOS updates yet. It just started rolling out around the world, so don't be surprised to see a message on your iPhone or iPad soon. If you've been procrastinating, now would be a good time to backup your photos, videos and other precious data -- in the past, iOS updates have been buggy, gone less than smoothly and eaten up precious storage.

Warnings aside, you're probably going to like it, especially if you have an iPad Pro and use it to do work. iOS 11's marquee feature is better multitasking, with a macOS-style dock on the bottom of your screen that lets you seamlessly switch between apps or run two side-by-side. That will particularly handy for, say, programmers or graphics professionals.

Apple is also keying in on AI with iOS 11, with a better, more natural-sounding version of Siri and Core ML machine learning for developers. It will also usher in the age of augmented reality on iPhones with ARKit. Though that app is mostly just useful for developers, you'll soon get games and apps that use the tech, and what we've seen so far looks promising.

Another feature that takes advantage of the new smarts and sensors is animated emojis -- it basically maps your face in real time and transfers your expressions to the characters. That only works on the iPhone X, however, since it requires the dedicated front-facing depth sensor.

There's a lot more, including things like screenshots during Facetime calls, a "do not disturb" setting for driving and a blue banner that shows when apps track your location (for more see our preview). Now, back to the nagging. Remember that the install could take a while, so be sure you're not expecting a job interview callback when doing it. And things do go wrong -- Apple has released many a buggy iOS update in the past -- so make sure everything you value is saved. If Apple stays true to past form, it should arrive around 1PM ET (10 AM PT) today.

In this article: AnimatedEmojis, apple, gear, iOS, iOS11, iPhone8, iPhone8Plus, iPhoneX, LivePhoto, mobile, Multitasking, update
All products recommended by Engadget are selected by our editorial team, independent of our parent company. Some of our stories include affiliate links. If you buy something through one of these links, we may earn an affiliate commission.