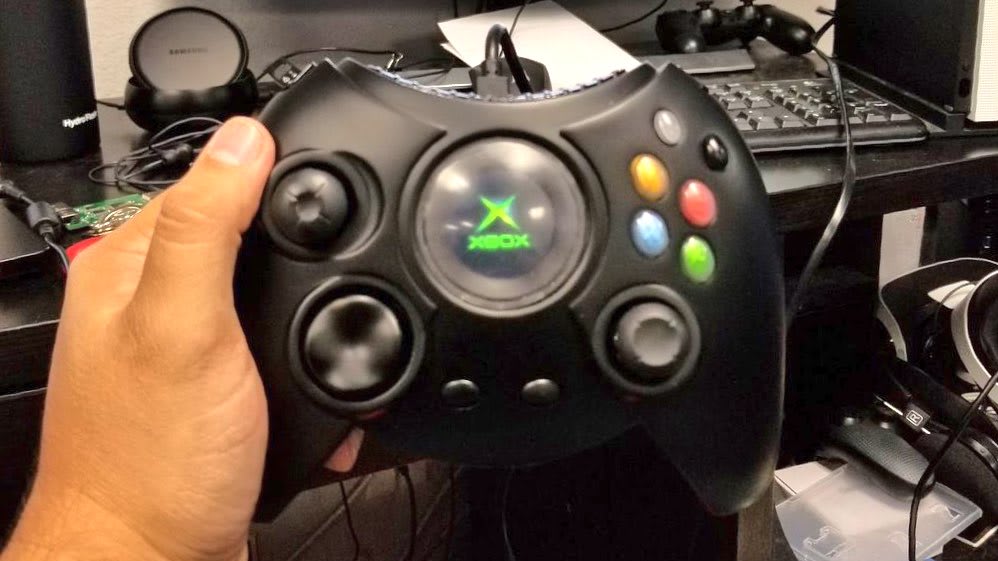 Original Xbox owners got a powerful yet eccentric machine in Microsoft's first stab at console gaming. The system itself was a massive VCR-sized slab of circuits and plastic, but it was the comically oversized controller that most baffled gamers. Yet fans look back fondly at the beastly peripheral, nicknamed "The Duke." Unbeknownst to most, one of its original designers has been secretly working to revive the controller for Xbox One and Windows 10 -- and Microsoft just gave it the green light.

#NewDuke has gone to tooling and is approved by @Xbox THIS IS HAPPENING! pic.twitter.com/zSVA4TFh08

Xbox designer Seamus Blackley has been building a near-perfect recreation of the 17-year-old controller for peripheral company Hyperkin. Remember the jellybean face buttons, the cheap center jewel, the sheer GIRTH? All faithfully remade to your inner child's specifications, with a couple improvements (like an OLED screen under the jewel).

As Blackley confirmed in the first tweet, that the controller's final prototype had been approved by Microsoft. Next step: Tooling to create a plastic mold. It's unclear when they'll be ready to order or how much they'll cost, but you original Xbox purists can rest assured that your favorite big-boned controller of yesteryear is headed for resurrection.

Via: Polygon
Source: Seamus Blackley (Twitter)
In this article: av, controller, gaming, gear, microsoft, TheDuke, Xbox
All products recommended by Engadget are selected by our editorial team, independent of our parent company. Some of our stories include affiliate links. If you buy something through one of these links, we may earn an affiliate commission.