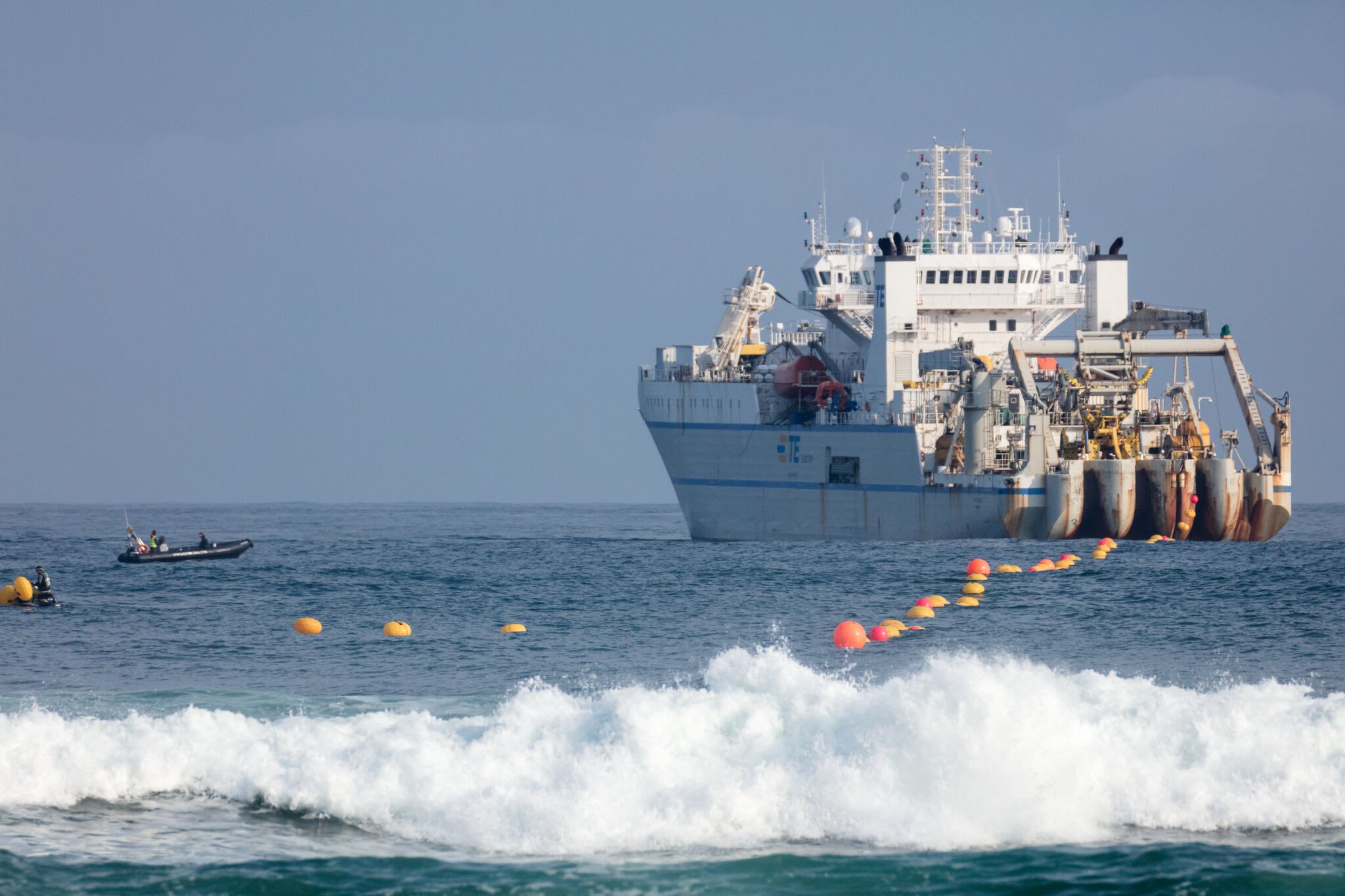 Last year, we reported that Microsoft and Facebook were teaming up to build a massive undersea cable that would cross the Atlantic, connecting Virginia Beach to the northern city of Bilbao in Spain. Last week, Microsoft announced that the cable, called Marea, is complete.

Marea, which means "tide" in Spanish, lies over 17,000 feet below the Atlantic Ocean's surface and is around 4,000 miles long. It weighs 10.25 million pounds. The data rates (which let's face it, that's what we're all really interested in) are equally staggering: Marea can transmit at a rate of 160 terabits/second. And it was finished in less than two years.

What's really interesting about Marea, though, is that it has an open design. This means that Microsoft and Facebook are trying to make the cable as future proof as possible. It can evolve as technology changes and demands increase for more data and higher speeds. Its flexibility means that upgrading the cable and its equipment to be compatible with newer technology will be easier.

If you're interested in learning more about Marea, you can watch the recorded livestream of a celebration of the cable that happened last Friday. It's nice to see tech companies working together, and on big projects that will help them meet future demands for Internet usage.

Source: Microsoft
In this article: facebook, internet, marea, microsoft, tomorrow, UnderseaCable
All products recommended by Engadget are selected by our editorial team, independent of our parent company. Some of our stories include affiliate links. If you buy something through one of these links, we may earn an affiliate commission.