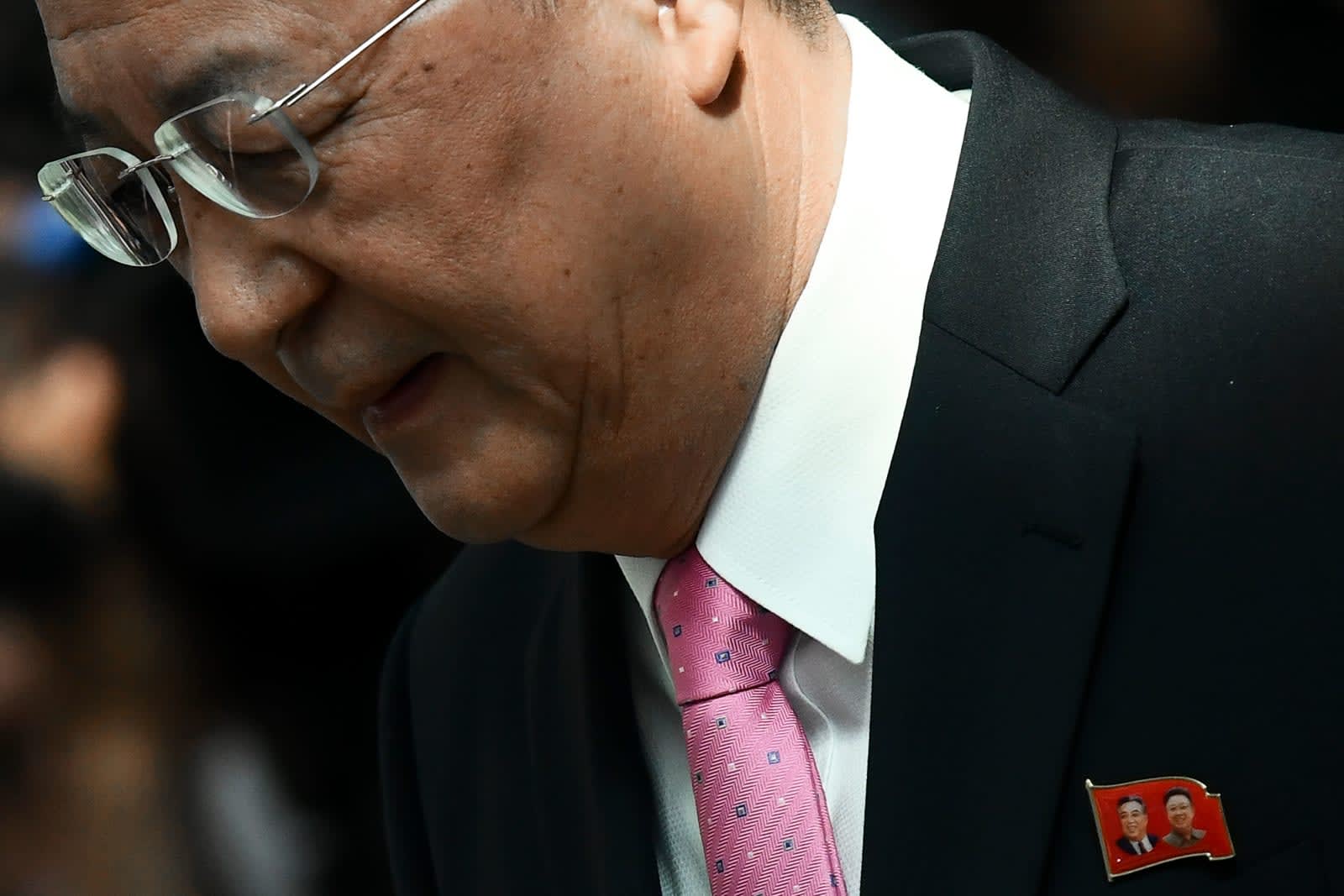 Can you start a war with a tweet? Probably not, but that isn't stopping North Korea from claiming otherwise. Foreign Minister Ri Yong Ho tells the media that President Trump "declared war" on his country with a Twitter post suggesting North Korea wouldn't "be around much longer" if Ri's thoughts echoed those of regime leader Kim Jong Un. That language gives North Korea "every right" to defend itself, Ri argues, including the right to shoot down bombers flying outside of its airspace. In theory, that means attacking if the US repeats the B-1B flight it performed as a show of force on September 23rd.

The talk doesn't currently amount to much more than grandstanding when North Korea has used the "declaration of war" rhetoric before, and is likely fully aware that firing the first shot would amount to a death sentence. The language of the tweet certainly doesn't suggest that an American first strike is imminent. However, this is the first time the North has used an internet post as a pretext for its bluster.

Also, the incident underscores the problems that can arise when political leaders post to social networks without any filters. Even an off-hand comment can spark a diplomatic row, and walking it back might not be as simple as deleting the tweet or issuing a quick apology.

Just heard Foreign Minister of North Korea speak at U.N. If he echoes thoughts of Little Rocket Man, they won't be around much longer!

Source: BuzzFeed News
Coverage: Donald Trump (Twitter)
In this article: donaldtrump, gear, internet, northkorea, politics, socialnetwork, socialnetworking, trump, twitter, war
All products recommended by Engadget are selected by our editorial team, independent of our parent company. Some of our stories include affiliate links. If you buy something through one of these links, we may earn an affiliate commission.