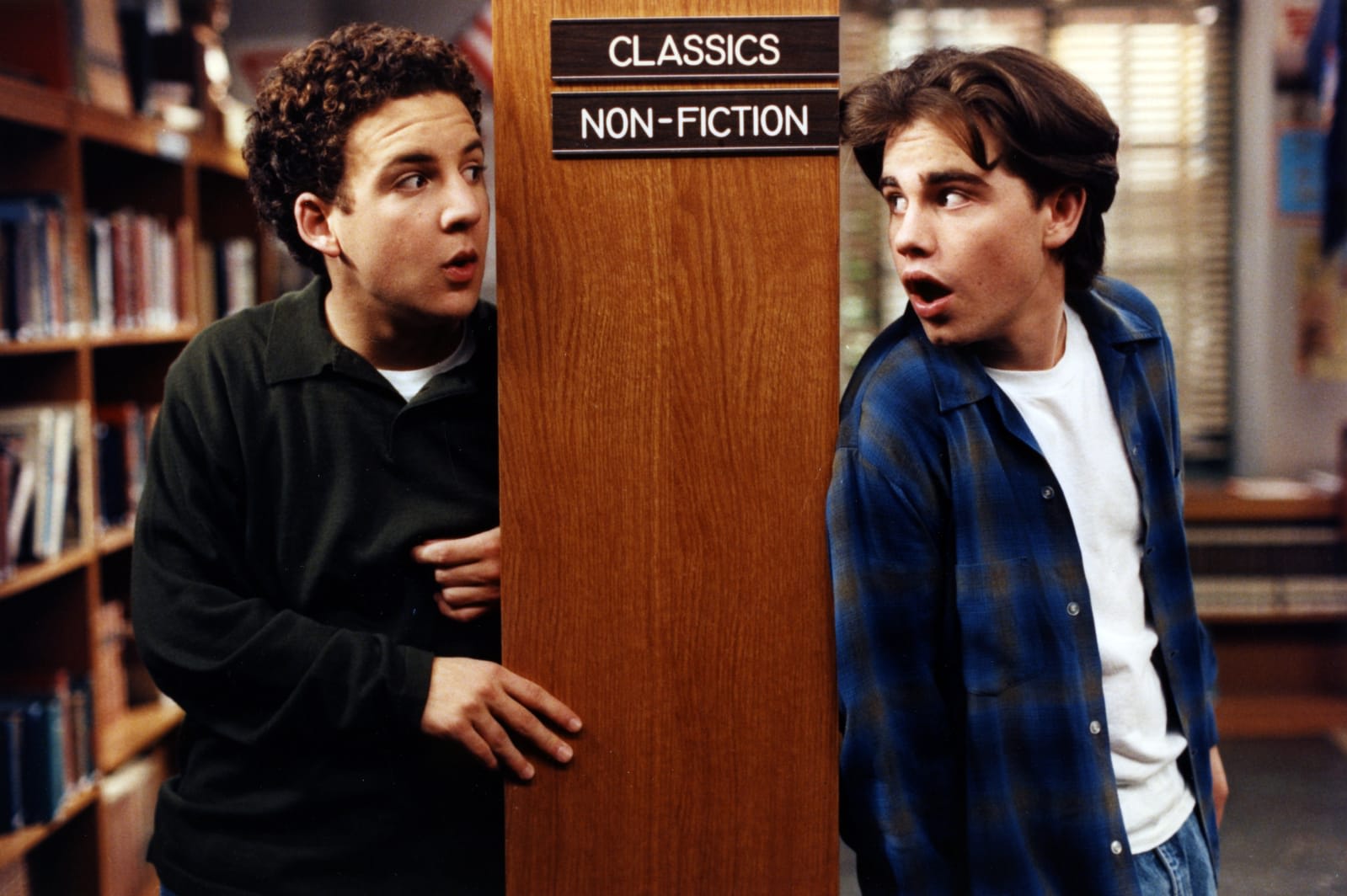 Back in the '90s, a Friday like today would've brought me endless excitement. Obviously, it meant the weekend had arrived and thus no school and no waking up early. But it also meant TGIF -- the best chunk of programming of the entire week in the opinion of tweens across the country. While TGIF is no more, you will be able to recreate your own lineup tonight if you wish because Hulu has added iconic TGIF series Boy Meets World and Dinosaurs to its streaming service along with Home Improvement. Thank goodness it's Friday.

Hulu announced that it was adding some key TGIF gems to its library back in July -- Perfect Strangers, Full House and Family Matters -- as well as non-TGIF but still awesome Step by Step and Hangin' with Mr. Cooper. Those and the three series just announced will all be available for streaming starting today.

I suggest you watch one episode of each tonight and maybe throw in a little Sabrina the Teenage Witch for good measure. TGIF is back even if it is a little DIY.

Source: Hulu
In this article: av, BoyMeetsWorld, dinosaurs, entertainment, HomeImprovement, hulu, services, streaming, StreamingService, StreamingVideo, tgif
All products recommended by Engadget are selected by our editorial team, independent of our parent company. Some of our stories include affiliate links. If you buy something through one of these links, we may earn an affiliate commission.