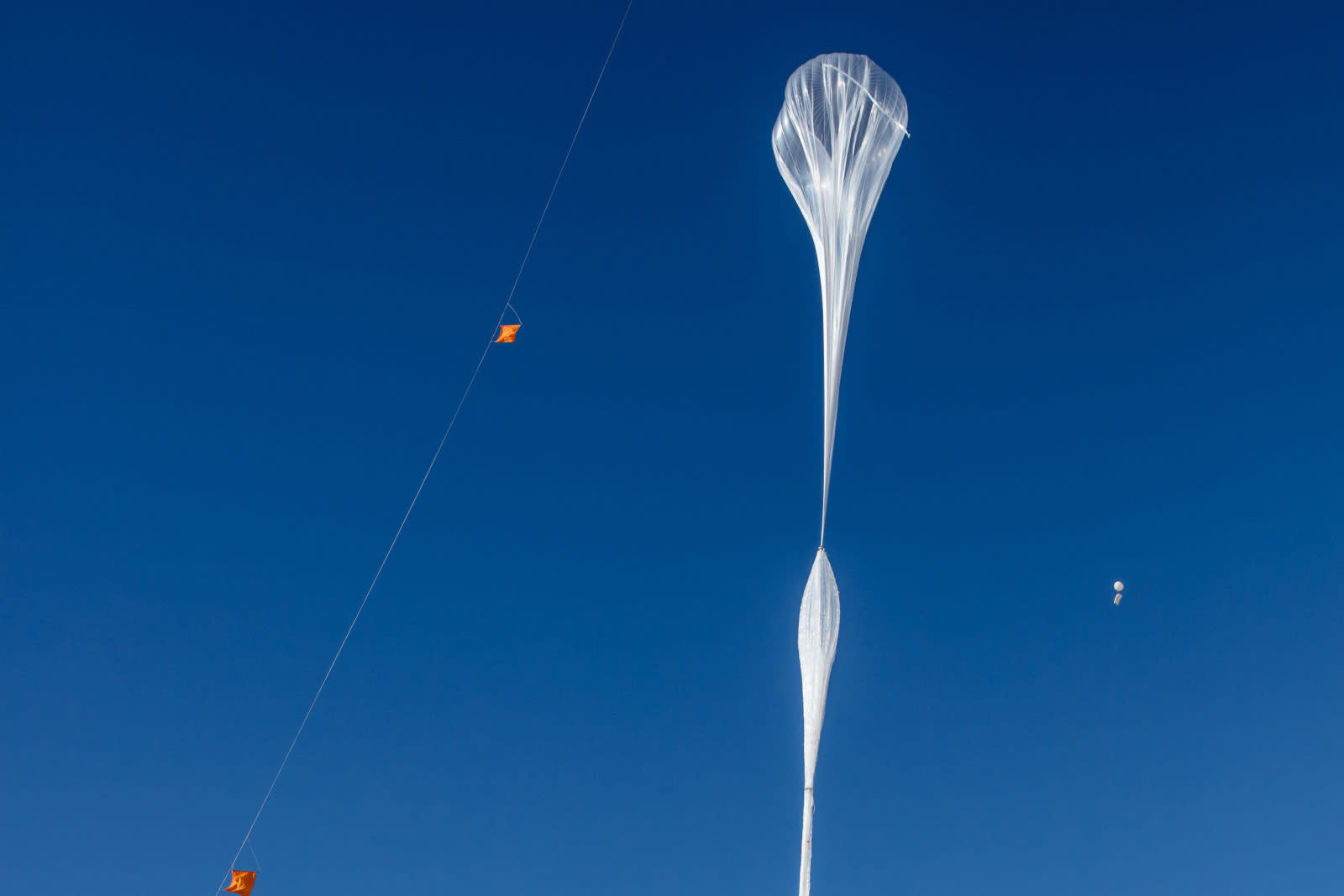 World View's dreams of replacing satellites with edge-of-space balloons have been long in the making, and not without some hiccups: its initial flight, which included KFC chicken in a publicity stunt,ended prematurely thanks to a leak. Things are going more smoothly this weekend, though. The startup has completed the first launch of a Stratollite balloon from its new headquarters in Tucson, where it hopes to turn balloon launches into a routine occurrence.

Right now, the balloons don't exactly last long -- World View's longest-lasting flight was 27 hours, which would only be useful for the briefest of uses. However, the Tucson launch lays the groundwork for much more. It's where World View will both launch and manufacture many of its balloons, and starts a new phase of refinement that could lead to balloons which stay afloat for months. That, in turn, could lead to balloons that replace satellites for long-term science experiments, weather tracking and observation (including for the military). There are even hopes for passenger pods that could enable everything from manned science missions to not-quite-space tourism.

In this article: balloon, gear, space, stratollite, stratosphere, worldview
All products recommended by Engadget are selected by our editorial team, independent of our parent company. Some of our stories include affiliate links. If you buy something through one of these links, we may earn an affiliate commission.