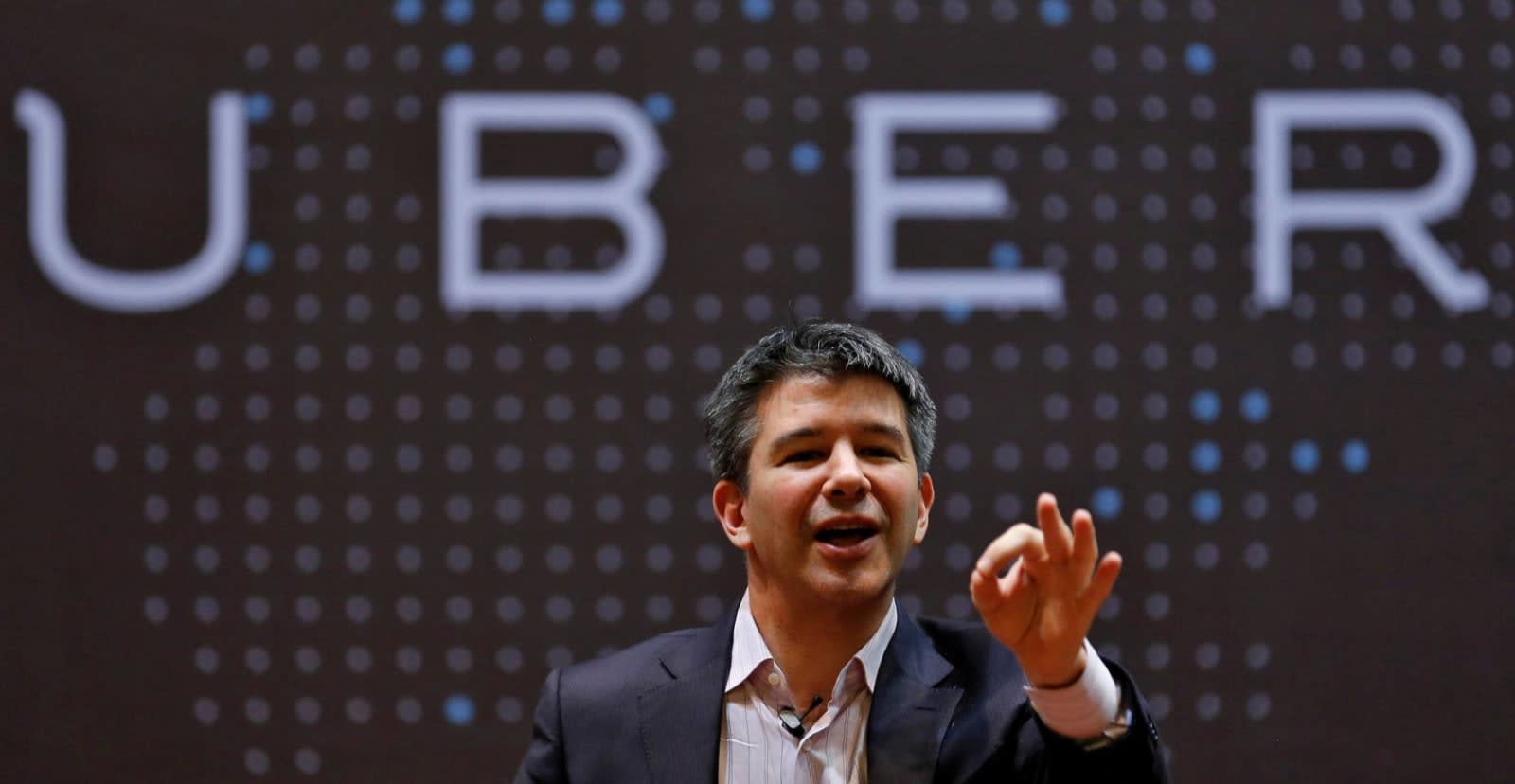 Uber's board members got together to vote on some big changes that will allow a significant investment to push through. In a statement, the ride-hailing firm said that the board "voted unanimously to move forward with the proposed investment by SoftBank and with governance changes that would strengthen its independence and ensure equality among all shareholders." The changes they made to comply with the Japanese telecom titan's request for a shift in governance structure includes removing special voting powers that come with certain types of Uber stock. Former CEO Travis Kalanick, for instance, owns a third of what's called the Class B common stock, which had a 10-to-one voting power. Now each share equals to one vote only.

The new rules will reportedly make it hard for Kalanick to become the most powerful person in the firm again in more ways than one. According to Bloomberg, Kalanick and new Uber chief Dara Khosrowshahi are both barred from sitting as chairman of the board's committees or subcommittees under the new rules. In addition, a new CEO would need to be backed by two-thirds of the board. Since another governance change involves the expansion of the board to 17 seats, two of which are meant to be occupied by Softbank, that wouldn't be easy to accomplish.

In case Kalanick or any other former exec still garners enough votes to become the new chief, then investors will have the right to sell all their shares. That would give Benchmark Capital, the board member that became instrumental in Kalanick's exit as CEO, will have an out in case the company founder gets his old position back. Aside from all these new rules that diminish the powers of its old chief, Uber has also agreed to go public by 2019. If it fails to do so, it will have to lift restrictions on shareholders from selling their stakes.

While the board vote represents a major development in the investment, the two have yet to finalize a deal. In case everything goes well, Softbank will begin by investing between $1 billion and $1.25 billion in Uber before buying stocks from existing shareholders. It ultimately wants to have a 14 percent to 17 percent stake in the company, so the ride-hailing giant might have to convince some people to let go of part of their shares if it wants Softbank's money.

Source: Bloomberg, Axios, The New York Times, TechCrunch
In this article: business, deal, gear, softbank, transportation, uber
All products recommended by Engadget are selected by our editorial team, independent of our parent company. Some of our stories include affiliate links. If you buy something through one of these links, we may earn an affiliate commission.