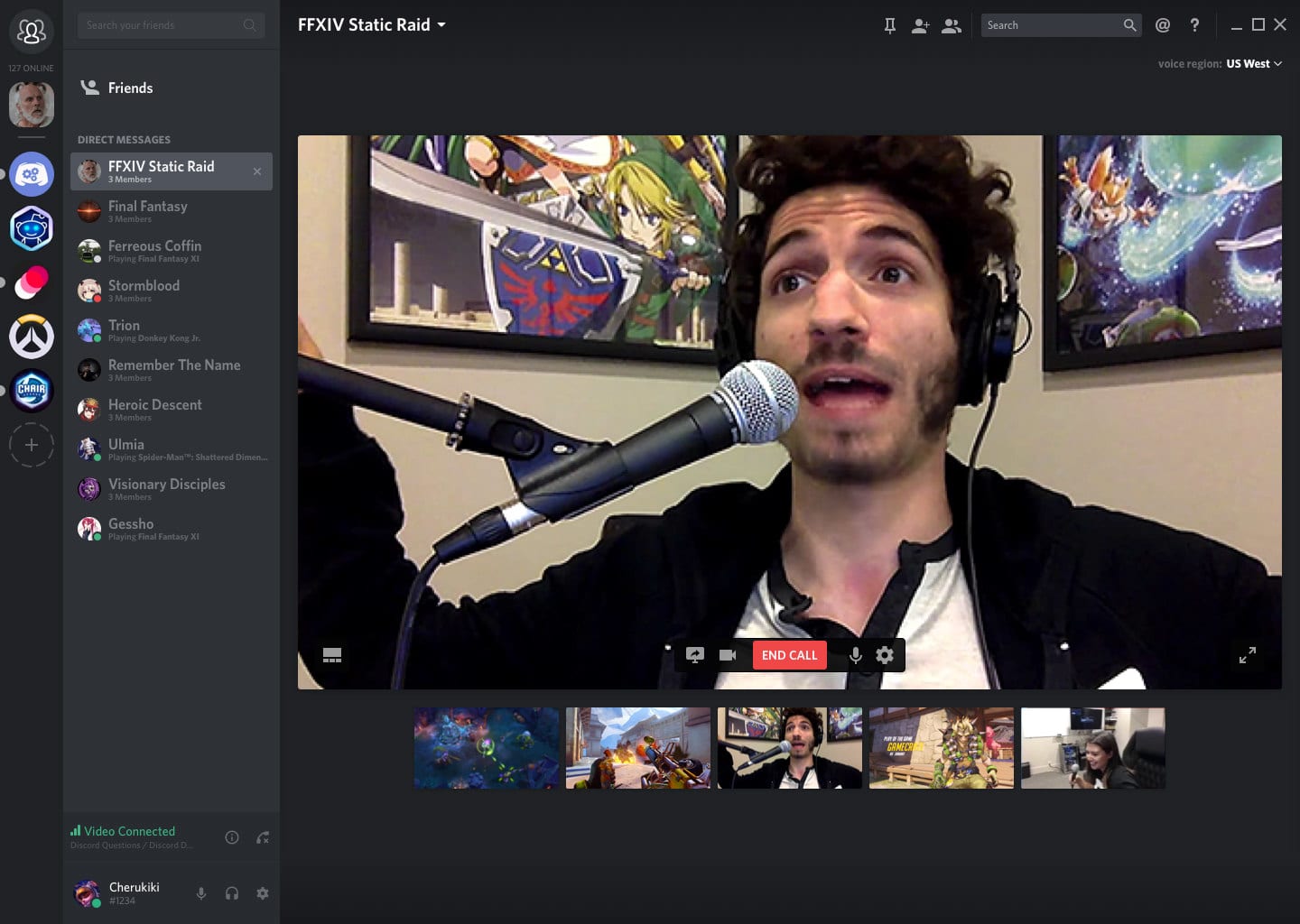 As promised, Discord is rolling out video chat and screen share to its entire user base. Some of you may recall that the Slack-style gaming chat app began testing the highly-requested features in August. During the trial run, they were available to around 5 percent of members. Now, anyone can take advantage of video chat in one-to-one calls, or with up to ten people in a direct messaging group. You also have the option to switch between your webcam video and screen share. And, the update includes picture-in-picture support, allowing you to video chat while checking out other stuff (like servers or DMs). With 45 million users and counting, the latest changes should see Discord swipe more gamers from Skype and TeamSpeak.

Back when the test phase was announced, Discord revealed users could experience a drop in quality when video chatting in groups of more than five. But we're assuming it ironed out those issues ahead of the proper launch. Aside from the video chat rollout, it's also fixed a bunch of bugs that were affecting things like text, emoji, and the mute option. You can browse the details for yourself here.

Source: Discord (Medium)
In this article: av, discord, gaming, ScreenShare, ScreenSharing, VideoCalling, VideoChat
All products recommended by Engadget are selected by our editorial team, independent of our parent company. Some of our stories include affiliate links. If you buy something through one of these links, we may earn an affiliate commission.