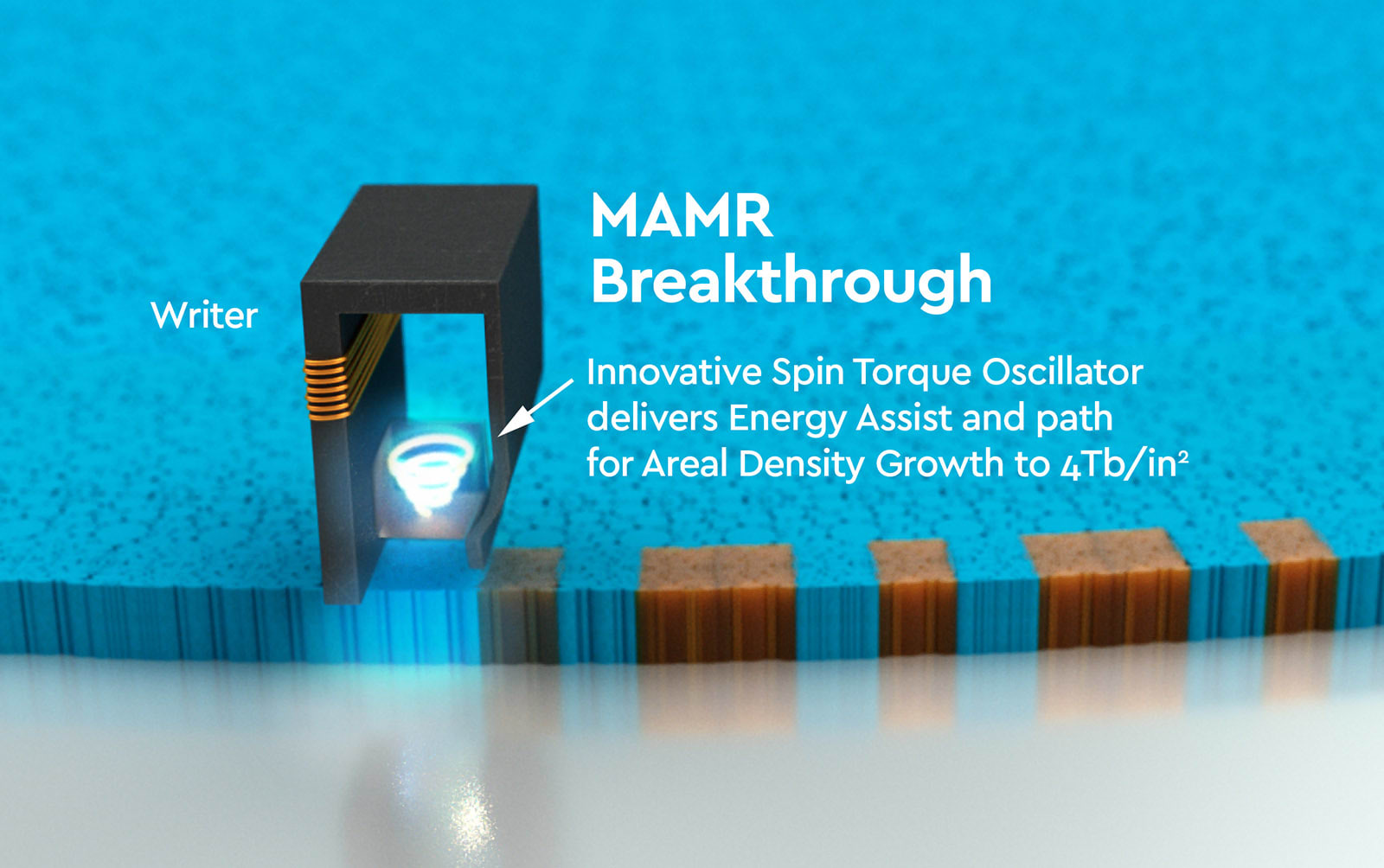 Western Digital (WD) may have lost a bid to buy Toshiba's flash memory technology, but is still hard at work on its bread-and-butter hard drives. The company has unveiled a breakthrough called microwave-assisted magnetic recording (MAMR) that will allow ever-higher disk capacities, up to 40TB by the year 2025. "Commercialization of MAMR technology will pave the way to higher recording densities and lower cost per terabyte hard disk drives," said VP of research John Rydning in a statement.

If you're wondering what microwaves have to do with hard drives, WD has a developed a new type of drive head called a "spin torque oscillator" that generates a microwave field. That allows data to be written to magnetic media at a lower magnetic field than with conventional disks, making it possible to pack more bits into the same space.

"As a result, Western Digital's MAMR technology is now ready for prime time, and provides a more cost-effective, more reliable solution," the company said in a technical brief, adding that "MAMR also has the capability to extend areal density gains up to 4 Terabits per square inch." As with its current enterprise drives, WD's MAMR drives will use helium instead of air to reduce internal turbulence.

So how "ready for prime time" is it? Western Digital says MAMR-based drives for data centers will appear in the market starting in 2019, and it will produce 40TB 3.5-inch disks by 2025, with "continued expansion beyond that timeframe." WD didn't say what capacity early MAMR drives would pack, but it recently released its first 14TB drive via its HGST (formerly Hitachi) subsidiary, so we'd expect the MAMR variants to go beyond that.

Mechanical hard disk don't have nearly the speed or reliability of SSDs, but the cost per gigabyte is multiple times lower. That's crucial for data centers and cloud storage firms, especially since data-hungry AI software is becoming more and more pervasive. Don't expect to see MAMR drives in your local media backup (NAS) drives right away, but it should trickle down fairly soon, giving you enough storage for future 8K HDR videos.

Source: Western Digital
In this article: 40TB, gear, HardDrive, MAMR, MicrowaveAssistedMagneticRecording, personal computing, personalcomputing, UltraHighCapacity, WD, WesternDigital
All products recommended by Engadget are selected by our editorial team, independent of our parent company. Some of our stories include affiliate links. If you buy something through one of these links, we may earn an affiliate commission.