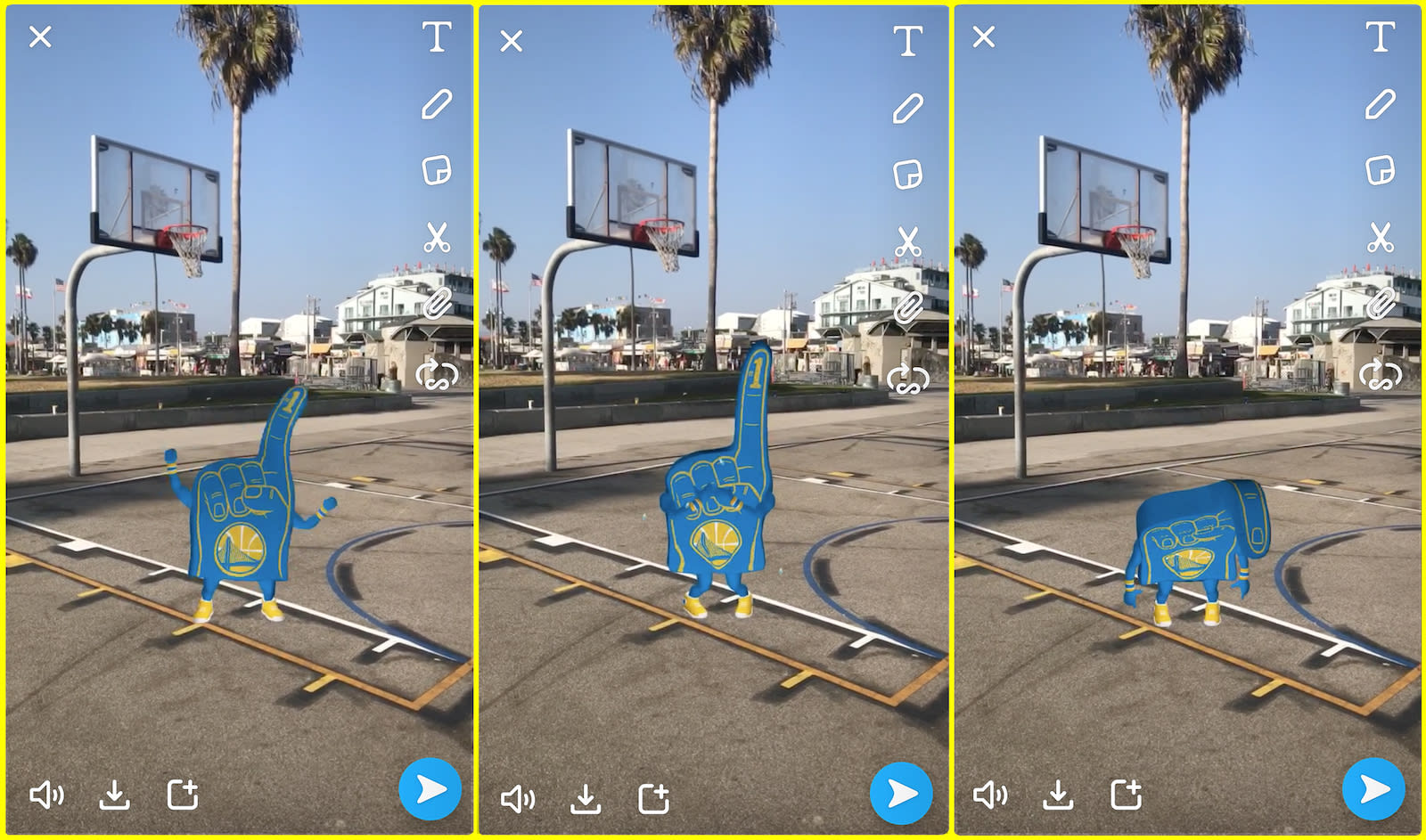 With its 2017-2018 season getting ready to tip off tomorrow, the NBA's been quite busy making tech announcements ahead of it. Not only did it reveal an augmented reality app for the iPhone yesterday, but now it's teaming up with Snap Inc. on a brand new Lens experience for Snapchat. Fans who are at or near an NBA arena this coming year will get access to special Lenses, which let you place a digital foam finger in a physical area around you. As you can see above, the cute character wears team jerseys and can show different emotions that you can share when you send snaps to your friends.

The Lens partnership with the NBA is similar to what Snapchat showed earlier this month, when it collaborated with artist Jeff Koons on giant augmented-reality installations. That said, this is the first time the company has opened geo-specific world Lenses to a sports league; Snap said it could not comment on whether we can expect others to take advantage of the feature later on. For now, it looks like NBA fans have dibs on the jersey-clad AR foam fingers.

In this article: ar, augmentedreality, basketball, entertainment, gear, internet, lens, lenses, mobile, nba, snapchat, snapchatlens, snapchatlenses, sports
All products recommended by Engadget are selected by our editorial team, independent of our parent company. Some of our stories include affiliate links. If you buy something through one of these links, we may earn an affiliate commission.